Eric Trump announced Monday that clubs in Los Angeles and Miami are back open and he encouraged people to reserve tee times. 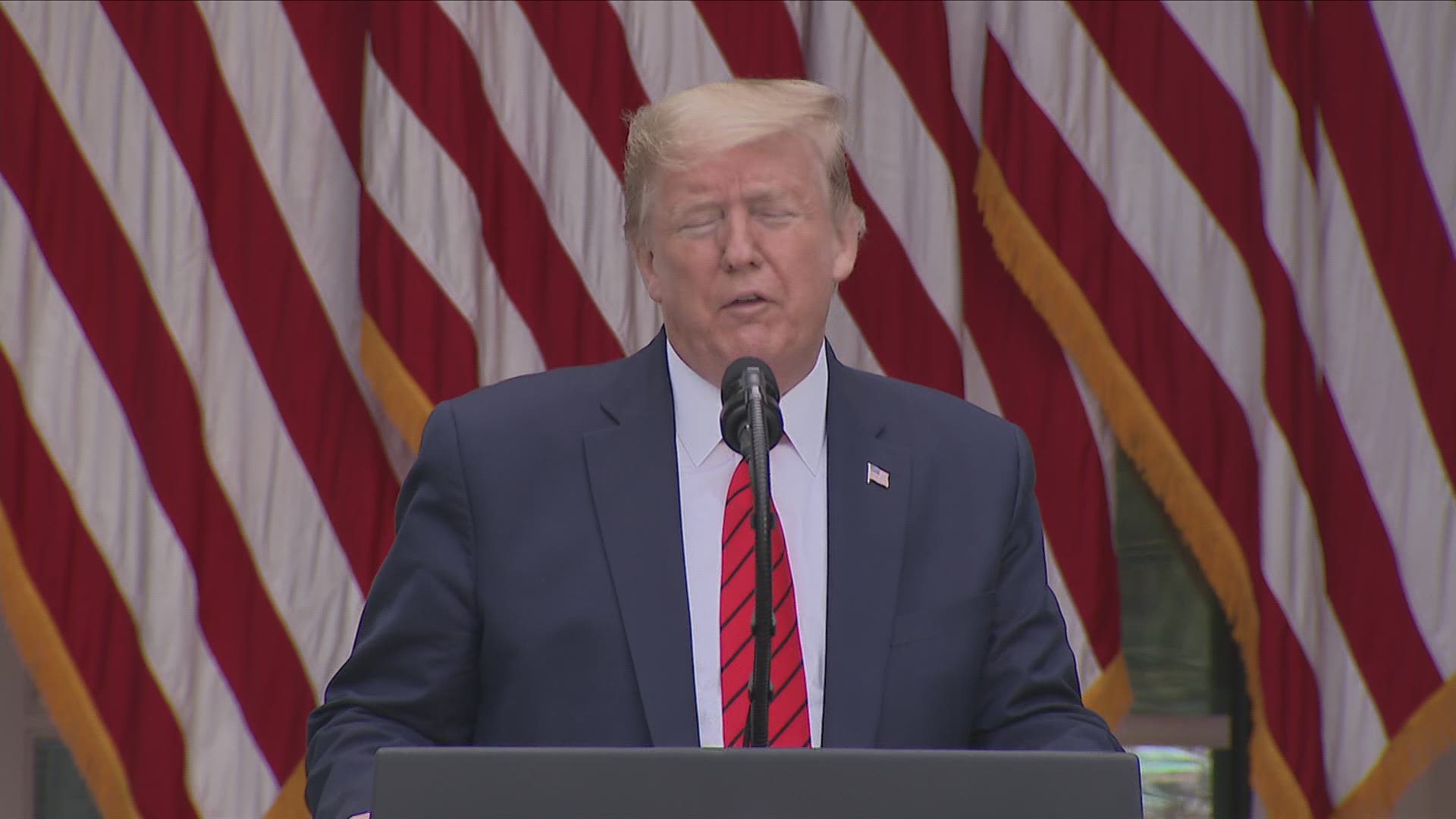 WASHINGTON — President Donald Trump's son Eric Trump announced Monday that the Trump National Golf Club in Los Angeles along with the Trump Doral in Miami have now reopened. The news comes amid increased concern among global health officials that countries are "driving blind" in reopening economies.

Trump, the executive vice president of the Trump Organization, made the announcement on Twitter saying the organization is "very excited" about the reopening of the clubs and encouraged people to go to TrumpGolf.com to reserve a tee time.

The Trump name is attached to 19 golf clubs around the world in places like Aberdeen, Scotland, Ferry Point, New York, Charlotte, North Carolina and Jupiter, Florida in addition to the two clubs in Los Angeles and Miami that reopened Monday.

Trump golf clubs are allowed to reopen in California, Florida and some other locations as long as they follow strict social distancing guidelines. As TMZ reports, all ball washers and rakes for bunkers have been taken off courses to ensure that players will not be touching shared equipment.

CNN previously reported that Trump golf properties in Doral and West Palm Beach collectively furloughed 713 workers in the wake of the coronavirus pandemic. Another 102 employees were reportedly furloughed at the Potomac Falls property as well. It was not immediately clear if those furloughed are being rehired.

A top world health official is warning that countries are essentially driving blind in reopening economies without setting up strong contact tracing to beat back flareups of the coronavirus, the Associated Press reports.

Dr. Michael Ryan of the World Health Organization’s declined to name specific countries, but systems in Germany and South Korea have been praised for their efforts.

President Trump has pushed hard in recent weeks to find a way for Americans to return to work amid concerns over inadequacies in testing across the country. In April the Trump administration put together a bipartisan task force with the goal of reopening the U.S. economy in a three-stage approach plan.