Elizabeth Warren spoke from an early education center and if you looked closely there was a colorful message clearly spelled out behind her. 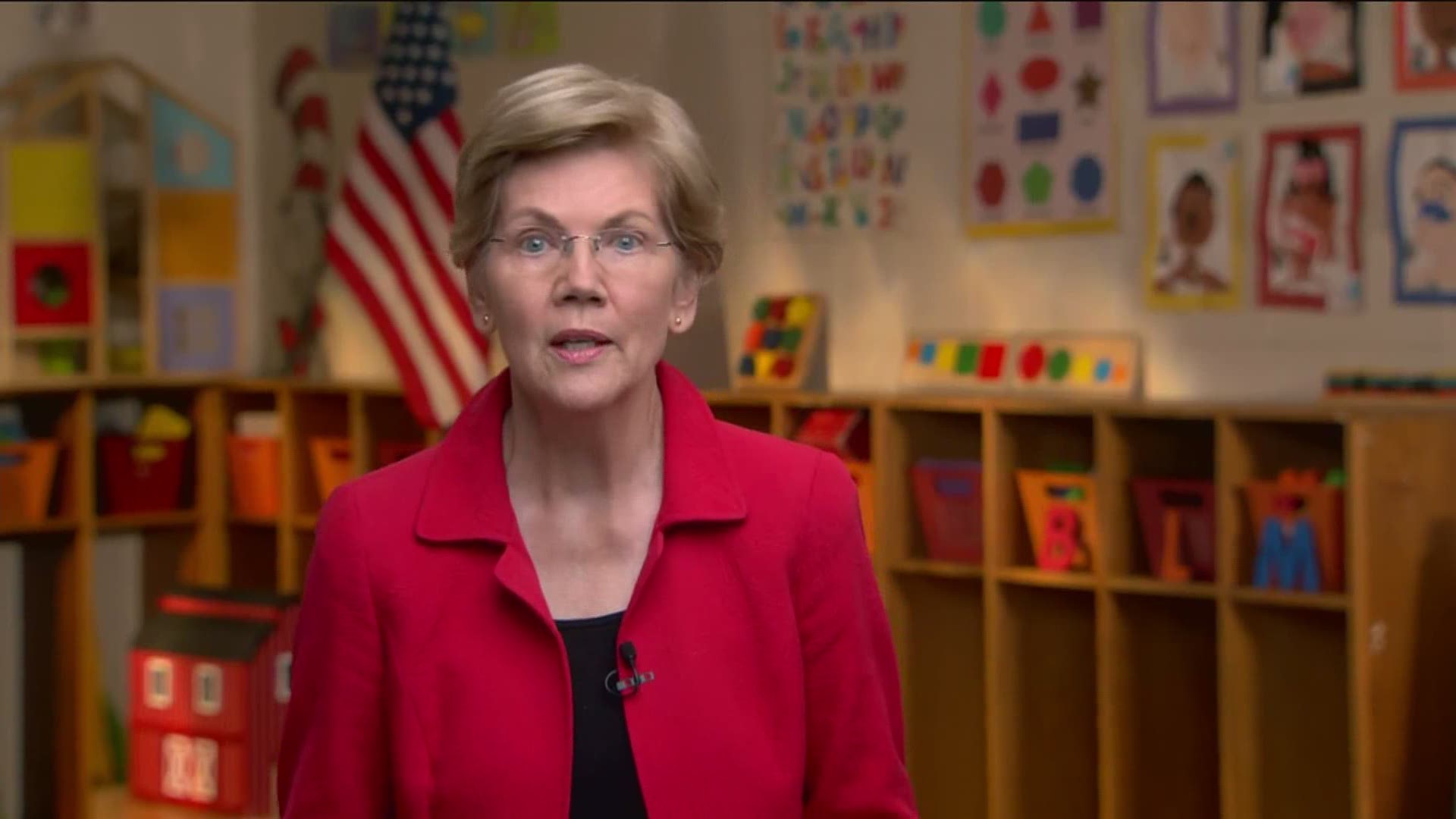 Former presidential candidate Elizabeth Warren had a subtle nod to the Black Lives Matter movement throughout her speech Wednesday night at the Democratic National Convention.

The background looked like a typical preschool classroom, but if you looked closely there was a message spelled out behind Warren.

In the cubbies behind her, three colorful letter blocks were clearly visible: "B.L.M." - which are the initials for Black Lives Matter.

The speech setting was an integral part of Warren's speech, in which she said Biden will guarantee affordable, quality child care for all families.

“I love a good plan, and Joe Biden has some really good plans — plans to bring back union jobs in manufacturing and create new union jobs in clean energy," Warren said.

Earlier this week, Michelle Obama had a subtle but strong message dangling from her neck: V-O-T-E.

The former First Lady was wearing a simple, gold necklace with the word "VOTE."

The necklace was custom made by Bychari, according to CNN's Kate Bennett. Bychari designer Chari Cuthbert on her website says the jewelry sold is designed to help women tell a story.

RELATED: Obama warns democracy is on the line in Democratic convention speech