The U.S. Geological Survey said the earthquake hit near the Guatemalan border with a magnitude of 8.1 leaving destruction in its wake. 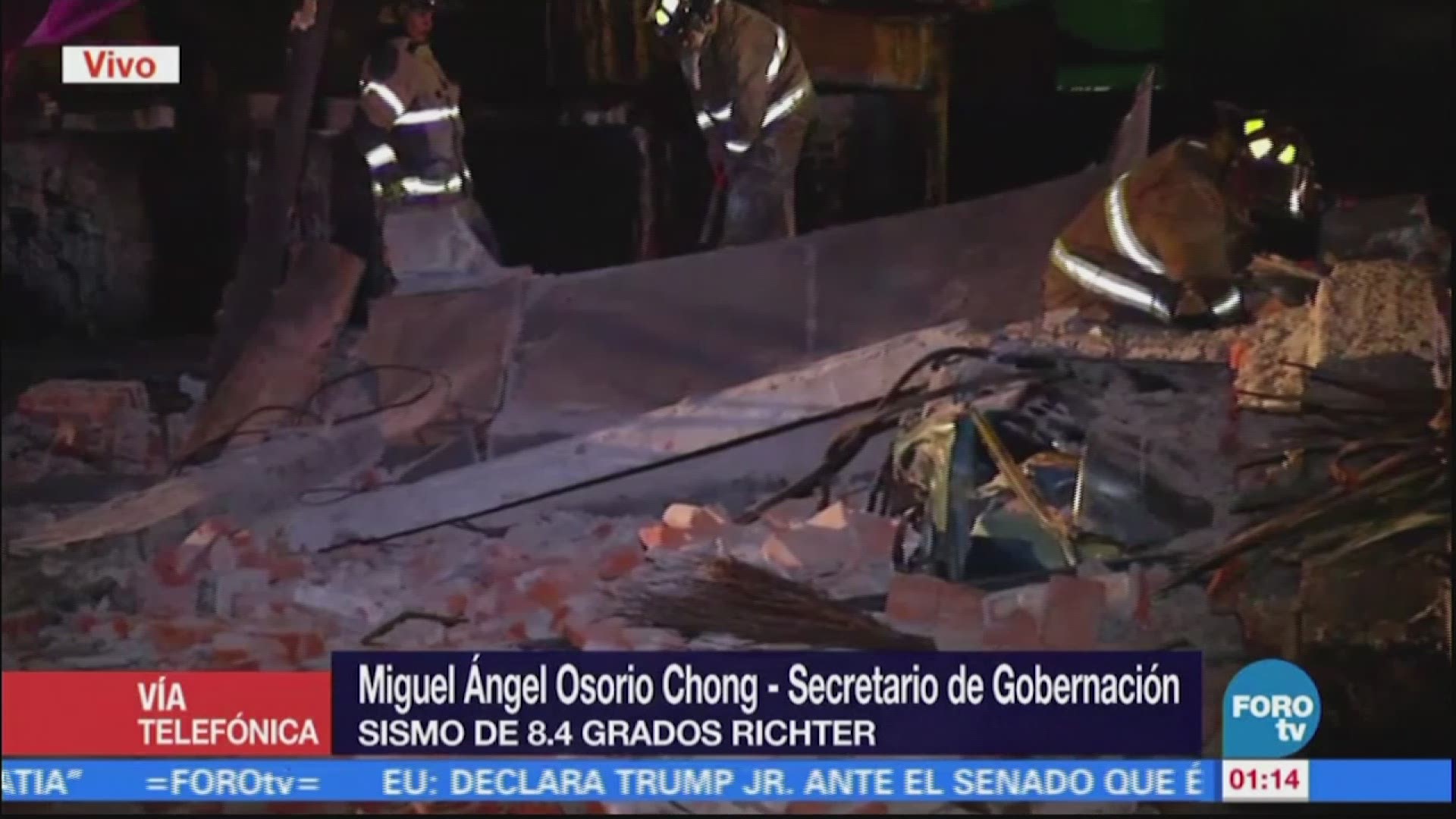 Government cargo planes flew in supplies and troops began distributing boxes of food to jittery survivors of an earthquake that destroyed a large part of Juchitan and killed at least 37 people here, even as officials on Sunday raised the nationwide death toll to 90.

Some people continued to sleep outside, fearful of more collapses, as strong aftershocks continued to rattle the town, including a magnitude 5.2 jolt early Sunday. Some prompted rescue workers to pause in their labor.

Local officials said they had counted nearly 800 aftershocks of all sizes since late Thursday's big quake, and the U.S. Geological Survey counted nearly 60 with a magnitude of 4.5 or greater.

Teams of soldiers and federal police armed with shovels and sledgehammers fanned out across neighborhoods in Juchitan to help demolish damaged buildings. Dump trucks choked some narrow streets as they began hauling away the many tons of rubble.

Maria de Lourdes Quintana Lopez said she couldn't wait for the government's assistance as she oversaw the demolition of her family candy business' warehouse.

"We have to work so that we're not overcome with sadness," Quintana said. "We're not going to wait for the government to do what it has to do."

The 8.1 magnitude earthquake caused so many deaths in Juchitan that slow-moving funeral processions caused temporary gridlock at intersections as they converged on the city's cemeteries.

Scenes of mourning were repeated over and over again in Juchitan, where a third of the city's homes collapsed or were uninhabitable, President Enrique Pena Nieto said late Friday. Part of the city hall collapsed.

On the outskirts of the city, the general hospital settled into its temporary home — a school gymnasium with gurneys parked atop the basketball court. The earthquake rendered the hospital itself uninhabitable, so the gym contained a mix of patients that pre-dated the quake and those who suffered injuries as a result of it.

Maria Teresa Sales Alvarez said it was "chaos" when the earthquake struck the single-story hospital, but staff moved patients outside and transferred most of those who required specialized care to other facilities.

Selma Santiago Jimenez waved flies away from her husband and mopped his brow while he awaited transfer for surgery. He suffered injuries in a motorcycle accident before the earthquake. Windows broke and doors fell in the hospital, but staff quickly helped get her husband out, she said.

Gov. Alejandro Murat said Sunday that the death toll in his state had risen to 71. Officials have reported 19 killed in neighboring states. Two others died in a mudslide in the Gulf coast state of Veracruz after Hurricane Katia hit late Friday.

Pena Nieto said authorities were working to re-establish supplies of water and food and provide medical attention to those who need it. He vowed the government would help rebuild.

At the local fairgrounds in Juchitan, about two dozen residents of a central neighborhood gathered at the gates to what the military was using as a staging ground.

They came to complain that aid packages that the military started distributing Saturday had not arrived to many families. An army captain pleaded for patience, but ultimately agreed to take two pickups full of packages and water to their neighborhood.

It wasn't enough to satisfy all the residents who mobbed the trucks, but the captain promised soldiers would continue canvassing the city street by street.