Fans were concerned the iconic soap was done after reports of a hiatus and contract cuts. But the cast's cleared that up and now there are reports of another season. 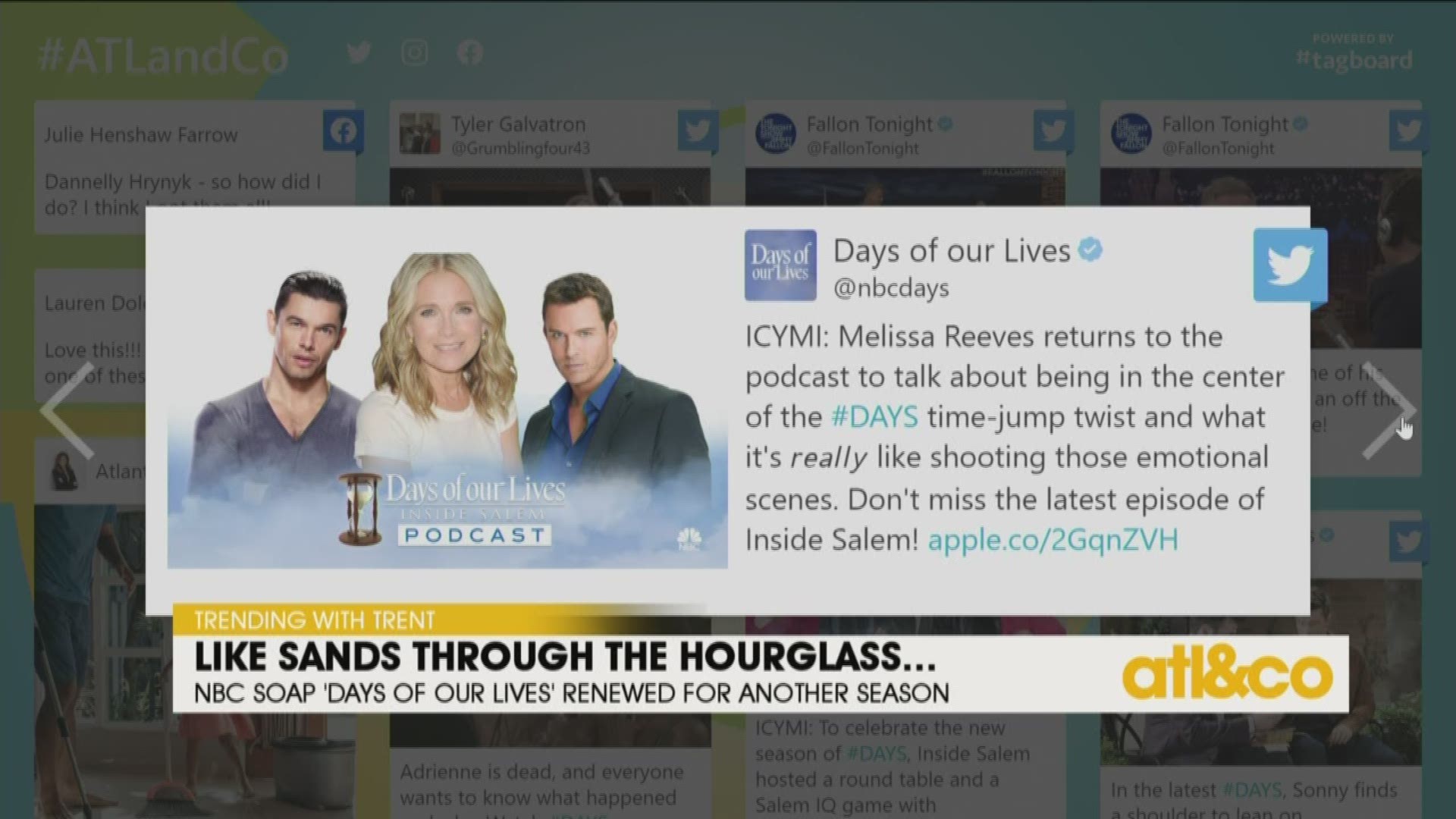 For a 56th season, "Days of our Lives" will continue, "like sands through the hourglass."

The long-running daytime soap opera on NBC has been renewed for another season following other news reports early last week that the show had been put on a hiatus, and the cast released from their contracts.

The new season comes as "DOOL" is revving up with a digital series, a podcast and an app.

RELATED: Report: Days of Our Lives cast released from contracts

An executive of Corday Productions, which makes "Days," told the cast on Thursday that the renewal is happening, Entertainment Weekly reported.

A source told Variety the deal for the new season is not done yet but indications are that it will be closed soon. USA Today says it also confirmed that the show is expected to return for another season.

The recent reports about the show's hiatus had stirred fear in fans that the more than 50-year-old series could be over.

However, such breaks are not uncommon for the show as its taping schedule is sped up to keep episodes running year-round.

Cast members, including Chandler Massey who plays Will Horton and Camila Banus who plays Gabi Hernandez, had gone on social media to confirm that the drama was not ending.

The beloved TV show first aired in 1965 and its iconic title sequence has barely changed since then, featuring an hourglass with a cloudy sky background and the narration, "Like sands through the hourglass, so are the days of our lives."