Claire's initially pushed back against test results that found asbestos in three of its products. Now the retailer has issued a recall. 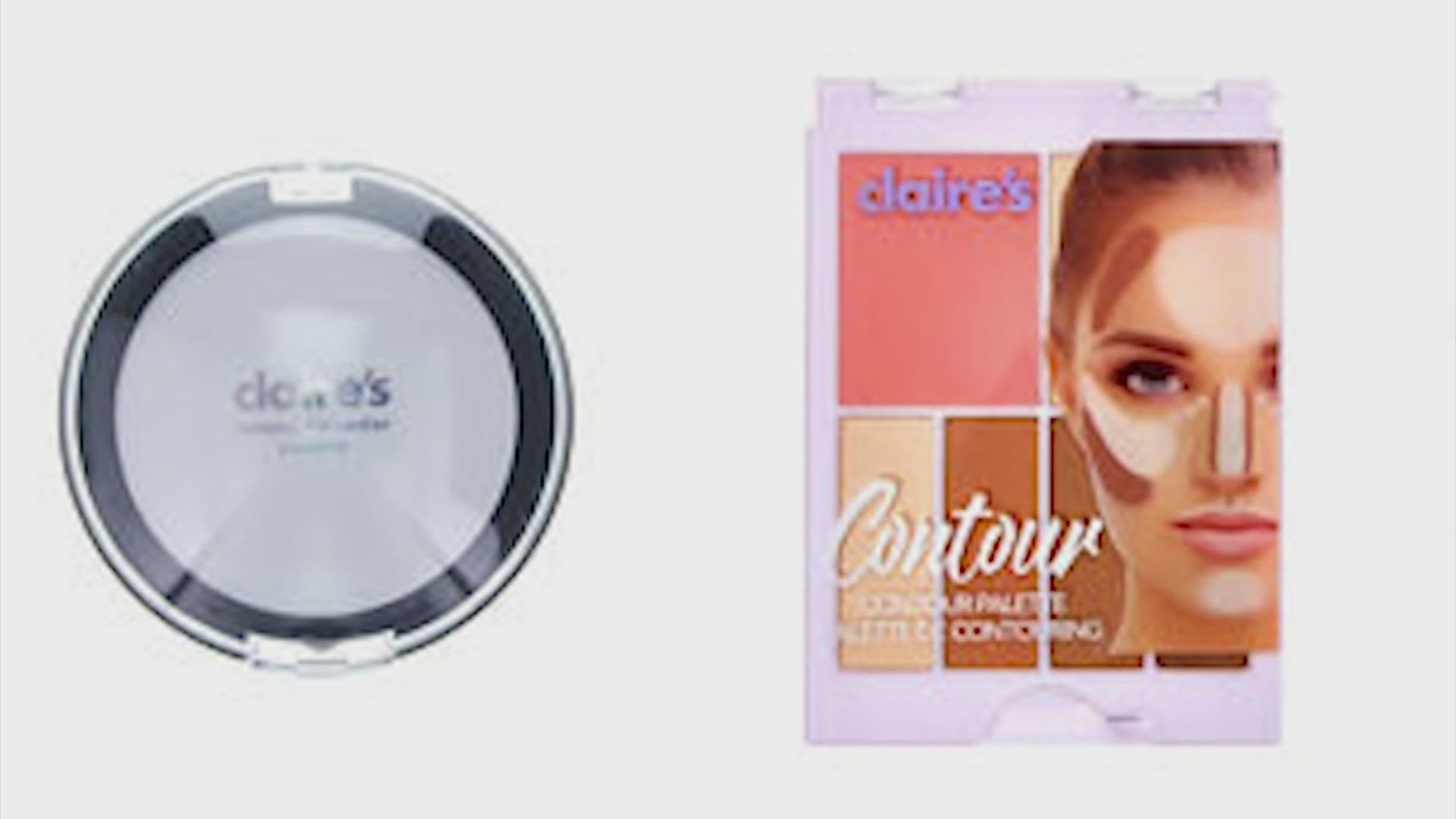 Claire's has announced it is voluntarily recalling three of its makeup products after tests found they may contain asbestos. The move comes just one week after the retailer publicly disputed the same test results.

The Food and Drug Administration warned people last week to avoid certain Claire's makeup products because samples tested positive for asbestos. The agency said it asked the retailers to issue a recall, but it refused.

In response, Claire's said that the FDA's test results mischaracterized fibers in the makeup as asbestos. The company said while it tried to discuss the matter with the FDA, the agency moved ahead with issuing a warning to consumers.

Claire's now said it is recalling those same products "out of an abundance of caution" after testing "indicated the possible presence of asbestos fibers in product samples from one lot of each product."

According to the recall notice, the products were sold between October 2016 and March 2019.

Credit: FDA
The Food and Drug Administration shared this composition photo of three products from Claire's that were found to contain asbestos.

The SKUs and UPCs can be found on the price tickets affixed to the products, and all batch numbers are shown on the back panels below the ingredient lists, according to the recall.

Consumers with any of the recalled makeup should stop using it and return them to a Claire's store for a full refund.

"Claire’s understands many parents trust and expect us to hold the cosmetics purchased by and for their children to the highest possible safety standards. In the last year, Claire’s switched to talc-free manufacturing for all its cosmetics," the company's recall said.