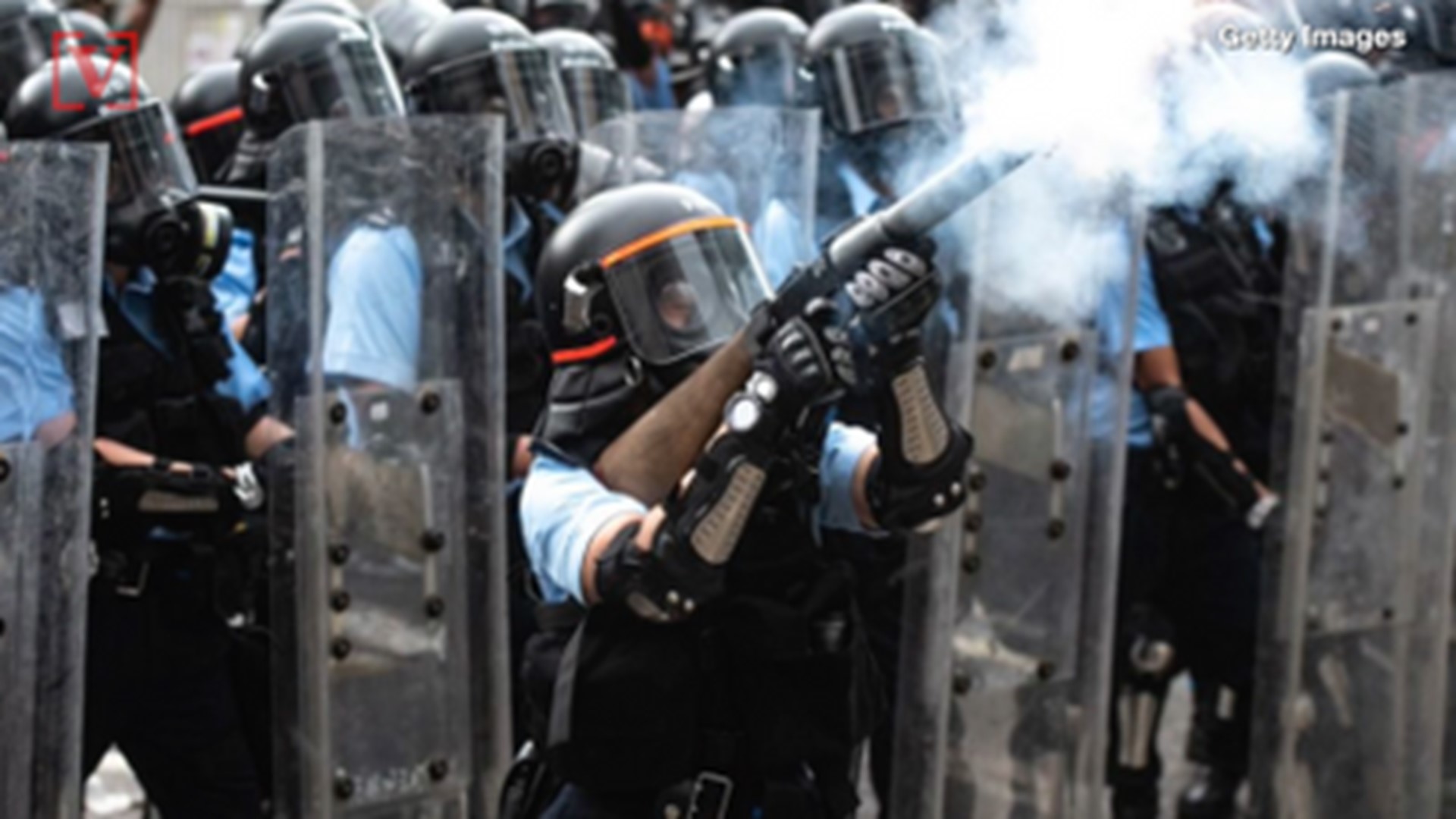 BEIJING, China — Chinese police said Saturday they released an employee at the British Consulate in Hong Kong as the city's pro-democracy protesters took to the streets again, this time to call for the removal of "smart lampposts" that raised fears of stepped-up surveillance.

The detention of the locally hired consulate employee stoked tensions in semi-autonomous Hong Kong, which has been rocked by months of antigovernment protests, including one to oppose new smart lampposts that activists fear could contain cameras and facial recognition software.

Cheng was detained for violating mainland Chinese law and "confessed to his illegal acts," the public security bureau in Luohu, Shenzhen, said on its Weibo microblog account, without providing further details.

The Chinese government has said that Cheng, who went missing after traveling by train to mainland China for a business trip, was held for violating public order regulations in Shenzhen.

A spokeswoman at the Foreign and Commonwealth Office in London confirmed his release.

"We welcome the release of Simon Cheng and are delighted that he can be reunited with his family," she said, adding that Cheng and his family had requested privacy.

Cheng, a Scottish government trade and investment officer, was a local employee without a diplomatic passport.

Protesters flooded the streets to demand the removal of smart lampposts in a Kowloon district over fears they could contain high-tech cameras and facial recognition software used for surveillance by Chinese authorities. Carrying umbrellas in the sweltering heat, they filled a main road in the Kwun Tong district and chanted slogans calling for the government to answer the movement's demands.

"Hong Kong people's private information is already being extradited to China. We have to be very concerned," said march organizer Ventus Lau.

Some protesters set up makeshift barricades on a road outside a police station, facing off with police in riot gear.

MTR said Friday that it may close stations near protests under high risk or emergency situations. The company has until now kept stations open and trains running even when there have been chaotic skirmishes between protesters and police.

Lau said MTR was working with the government to "suppress freedom of expression."