Biles says she is making the importance of proper mental health a focal point of her post-Olympic exhibition tour. 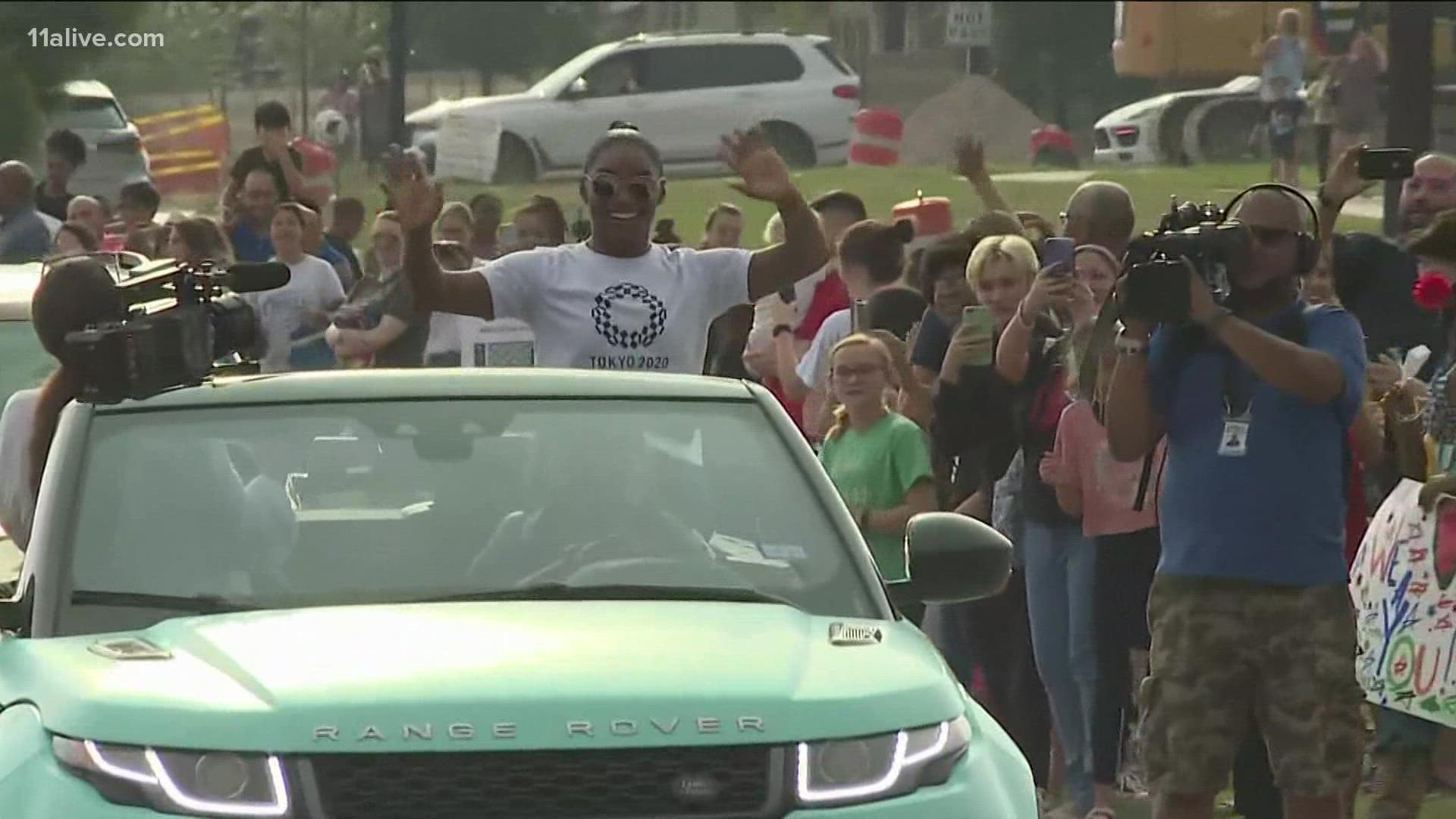 WASHINGTON — Simone Biles didn't plan for her second Olympics to become a flashpoint in the evolving conversation about the role proper mental health plays in all levels of sports.

Then again, she's hardly complaining. If anything, she's leaning into it.

The American gymnastics star has no regrets about her decision to opt-out of five of the six finals in Tokyo because of a mental block, calling it a small price to pay if it lets others realize they retain the right to say “it's OK not to be OK” no matter how bright the spotlight.

“I wouldn’t change anything for the world,” said Biles, who left Japan with a silver medal from the team competition and an individual bronze on balance beam. “I gave an outlet for athletes to speak up about their mental health and their well-being and learn that you can put yourself (as a person) first before the athlete.”

It's a message that will be part of the post-Olympic Gold Over America Tour Biles is headlining this fall. The 35-city exhibition, which kicks off in Tucson, Arizona, on Sept. 21, will incorporate gymnastics and dance elements but also feature a segment led by former UCLA gymnast Katelyn Ohashi on the importance of taking care of yourself mentally.

“We wanted to make it as relatable as possible and let these kids know that we’ve been going through these things,” Biles said.

Biles will be joined on Tour by Olympic teammates Jordan Chiles and Grace McCallum as well as MyKayla Skinner and Jade Carey. Chiles and McCallum earned a silver in the team competition while Skinner won silver on vault and Carey earned gold on floor exercise. Biles qualified for the finals on all four apparatuses in Japan but pulled out of three of them to deal with “the twisties," meaning she lost her air awareness and didn't feel it was safe to compete.

She returned to capture a bronze on beam, tying her with Shannon Miller for the most career Olympic medals by an American gymnast (seven). Asked if she had any clarity on what might have brought on “the twisties," Biles thinks it may have been the buildup of various issues she's faced over the last several years.

“I mean, I’m in therapy. I go to therapy pretty religiously,” she said. “And it’s just something that took hold of me (where) your body and your mind tells you when enough is enough.”

While Biles' decision received the predictable backlash on social media, she called the support she's received since returning from Japan two weeks ago overwhelming.

“It’s been so supportive, so loving, which I really wasn’t expecting," she said, calling the response on par with what she received after coming back from the 2016 Olympics with four gold medals, five in all.

It's one of the reasons why Biles is excited about the tour, one that she believes will differ from the post-Olympic tours formerly run by USA Gymnastics. Biles signed on as the headliner because she wanted to take the sport in a different direction. She pointed out the tour is being run by women — a first — and will be something “unique.”

Also unique? The ability for college-bound athletes like Chiles, Carey and McCallum to be compensated for joining. New legislation allowing athletes to earn money for their name, image and likeness mean all three incoming freshmen can participate in the tour without losing their college eligibility.

Given the tight tour's tight schedule — it wraps up in Boston in early November — neither Chiles, Carey nor McCallum anticipate it getting in the way of preparing for college gymnastics season that begins in January.

“I never thought of going pro, I just wanted to go to school,” said Chiles, who will attend UCLA. “But now that this is how it is, I’ve never thought of redshirting ... I think this (tour) is a great experience. ... We have to be relevant and stay relevant. We have to make sure we’re still out there doing what made us who we are.”

Biles also extended a tour invitation to Olympic all-around champion Sunisa Lee, who began her freshman year at Auburn last week. Biles said Lee is focused on starting college off on the right foot but is hopeful she can make a cameo appearance or two, perhaps at the tour stop in Minneapolis — Lee is from the St. Paul area — in October.

The tour will also include two-time Olympic medalist Laurie Hernandez, 2017 world champion Morgan Hurd and 2005 world champion and 2008 Olympic silver medalist Chellsie Memmel, who is in the midst of a comeback in her early 30s.

While Memmel, a married mother of two, is still competing, the tour will be a goodbye to the sport for the 24-year-old Skinner, who is ready to start a family. There are worse ways to go out.

“I'm not going back to college and finishing my collegiate career as a gymnast so I think it’s going to be fun to be able to finish and still be able to do gym for a little bit longer,” she said. “I'm really excited for it.”