In a minute-long video released by the Joe Biden campaign, the clip teases the full conversation between the former Vice President and Obama. 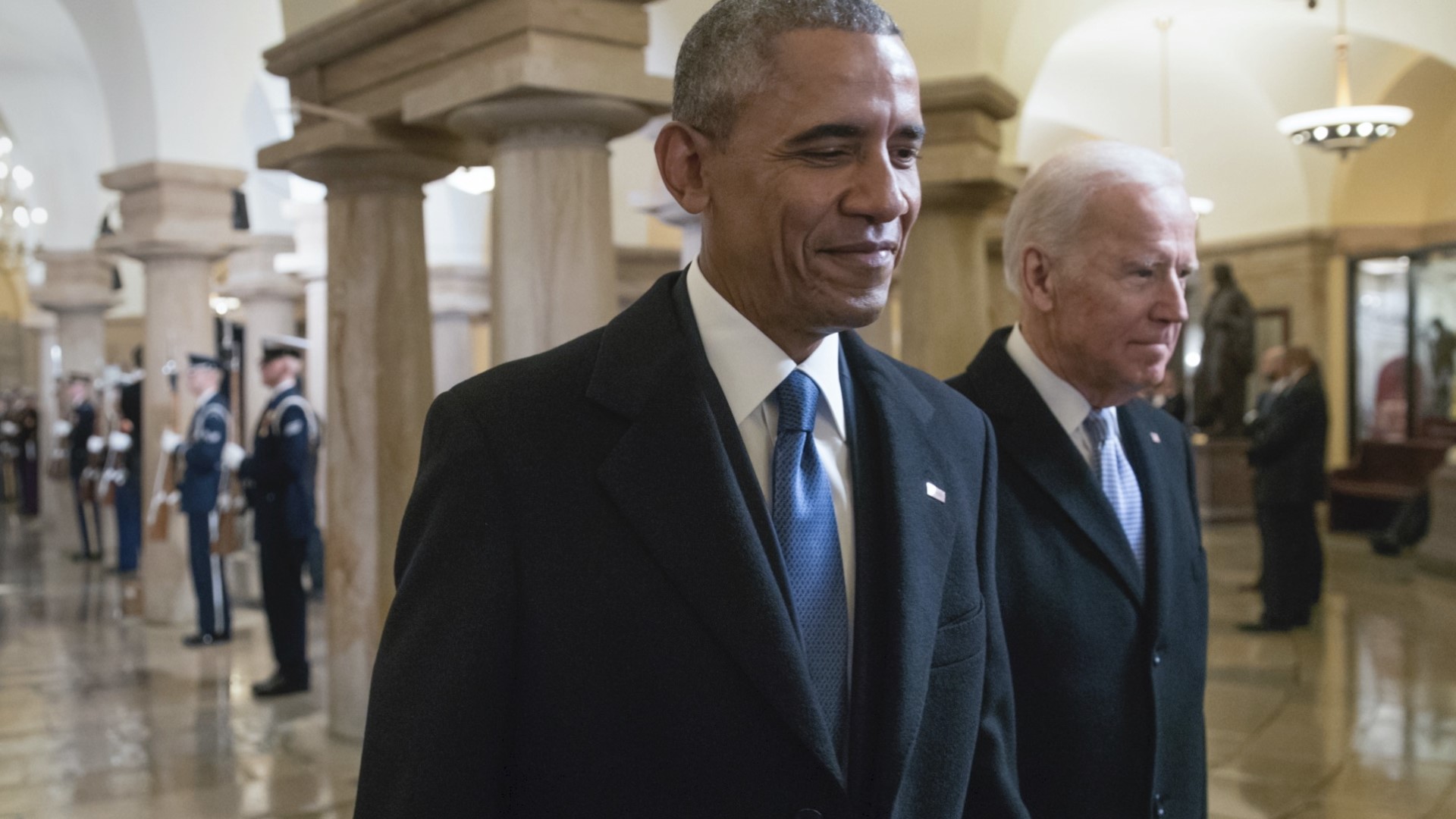 WASHINGTON — The presumptive Democratic presidential nominee Joe Biden along with his old boss, former President Barack Obama, sat down for a socially distant conversation to discuss Biden's presidential run and the future of the United States amid the coronavirus pandemic.

A minute-long video teasing the full conversation, which is expected to be released sometime on Thursday, shows the former president and vice president arriving in masks.

They can be heard discussing how the Trump administration has handled the COVID-19 outbreak at the start of the video.

"Those words didn't come out of our mouths when we were in office," Obama responded.

RELATED: Biden eyes GOP supporters while Trump focuses on his base

"No. I don't understand his inability to get a sense of what people are going through," Biden said. "He can't relate in any way."

According to ABC and The Hill, Biden's campaign said the pair also discussed how the nation is dealing with racial injustice and the "opportunity to make lasting change rooting out these historic inequities.”

During the preview, Obama celebrated Biden and his ability to relate to the American people.

“If you can sit down with a family, and see your own family and the struggles that you've gone through, parents went through or your kids are going through. If you can connect those struggles to somebody else's struggles, then you're going to work hard for it. And that's always what's motivated you to get into public service,” Obama told Biden.

RELATED: Trump not ready to commit to election results if he loses

The pandemic upended elections this year, forcing campaigns to shift their organizing activities almost entirely online and compelling both parties to reconfigure their conventions.

The Biden campaign has offered no timetable for when it’ll resume in-person campaigning. Aides say the campaign is consulting with its public health advisory board, consisting of doctors and health experts, on when it’s safe. But they say they've gotten creative in responding to the challenge, pointing to efforts to allow volunteers to engage online with potential supporters based on issue or demographic groups. They’ve also made “community calls” to check in on supporters from the start of the pandemic, a move that aides say has made those supporters more energized to engage with the campaign.