It may have been the biggest upset in terms of the betting line in major league history. 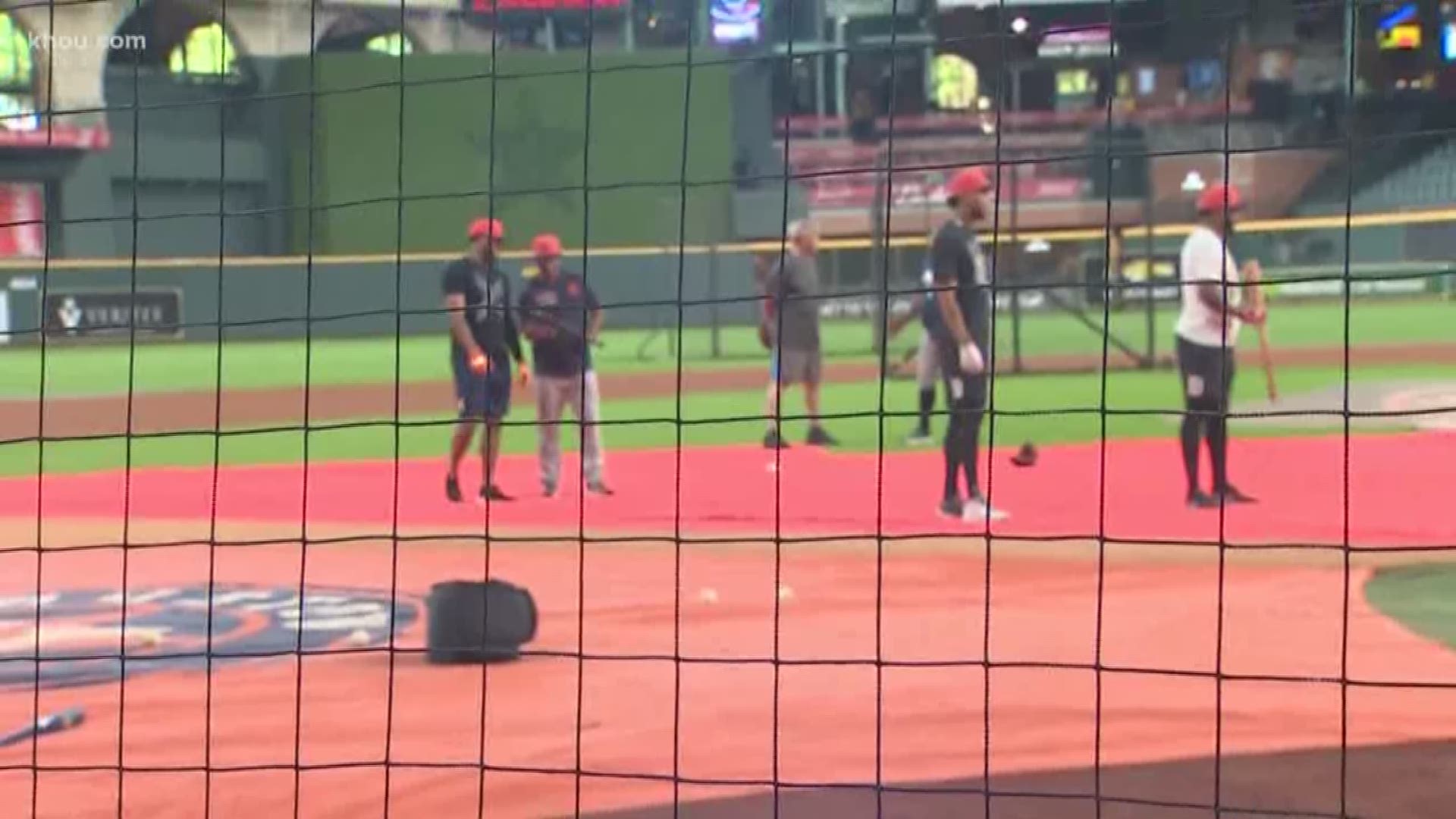 You'd be forgiven for missing the history that played out Wednesday night between the Detroit Tigers and Houston Astros. Detroit pulled off what might be the biggest upset in baseball history, at least in terms of gambling.

The Astros were favored at -500 before the game, according to ESPN which said it was the largest spread in at least 15 years and likely longer. CBS Sports said that increased to -600 at the MGM Grand before first pitch.

Common sense said it should have been an easy win for Houston. The team with the third-best record in the majors was at home, going up against the worst team in baseball. And, Houston had Justin Verlander on the mound, who came in having struck out 10 or more batters in six straight games.

But two home runs by the Tigers off Verlander and almost no run support from the Astros gave Detroit a historic 2-1 win.

Here's the recap of the game from the Associated Press.

Justin Verlander was splendid against the Detroit Tigers, pitching a two-hitter and fanning 11 in another dominant performance for the Astros.

Houston's offense wasn't nearly as sharp on Wednesday night, and it led to an unusual, tough-luck 2-1 loss.

"Just an incredible performance," manager A.J. Hinch said. "Just not one that we could help him with. We wasted a really good start by our starting pitcher."

John Hicks and Ronny Rodriguez homered off Verlander — the only two baserunners he allowed.

"The two times I gave in and gave them a fastball, they hit a homer on it," said Verlander, who has been critical of Major League Baseball for what he believes are intentional changes to the ball that have led to more home runs. "Baseball in 2019. I didn't go out of the stretch at all the entire game, and we lost. I don't know what else to say."

With Verlander on the mound at home against the worst team in the majors, the Astros were more than a 5-1 favorite, one of the biggest favorites in an MLB game that Las Vegas oddsmakers could remember.

Hicks led off the ninth with a tiebreaking blast to left-center field off Verlander (15-5), who leads the majors in strikeouts with 239 but ranks second in homers allowed with 33.

Hicks has a long history with Verlander. His brother Daniel went to high school with him and was in his wedding to supermodel Kate Upton in 2017.

"It's surreal for sure," Hicks said. "I remember being 10 years old watching him and my brother play in high school and watching him dominate."

Verlander retired the first 14 batters, with six strikeouts, before Rodriguez homered to the seats in right with two outs in the fifth. The veteran right-hander sat down another 10 straight before Hicks connected.

"That's the biggest win for us in a long, long time, especially against a premium team like that, a World Series contender and Verlander on the mound," Detroit manager Ron Gardenhire said. "In Detroit we got him last year at the All-Star break and we got him again, but we really didn't get him very much tonight."

Verlander, who spent 13 seasons with the Tigers, didn't fault the offense.

"I don't blame anybody but myself," he said. "I could have done a better job executing pitches there in the ninth inning."

He threw 99 pitches and extended his franchise record of games with 10 or more strikeouts to seven as he lost for the first time since June 18.

Robinson Chirinos belted his 14th homer to left-center on Tyler Alexander's first pitch of the seventh to tie it at 1. Chirinos finished with four hits. Needing a triple for the cycle, he doubled with two outs in the ninth but was thrown out trying to reach third to end the game.

"When you make a mistake like that, you don't deserve to win the game," Chirinos said.

Jose Altuve walked with one out in the eighth, but was erased when he tried to go first to third on an infield grounder by Alex Bregman to end the inning.