Amid US tension, Iran builds fake aircraft carrier to attack

While not yet acknowledged by Iranian officials, it appears Iran is preparing an encore of a similar mock-sinking it conducted in 2015 with another fake carrier. 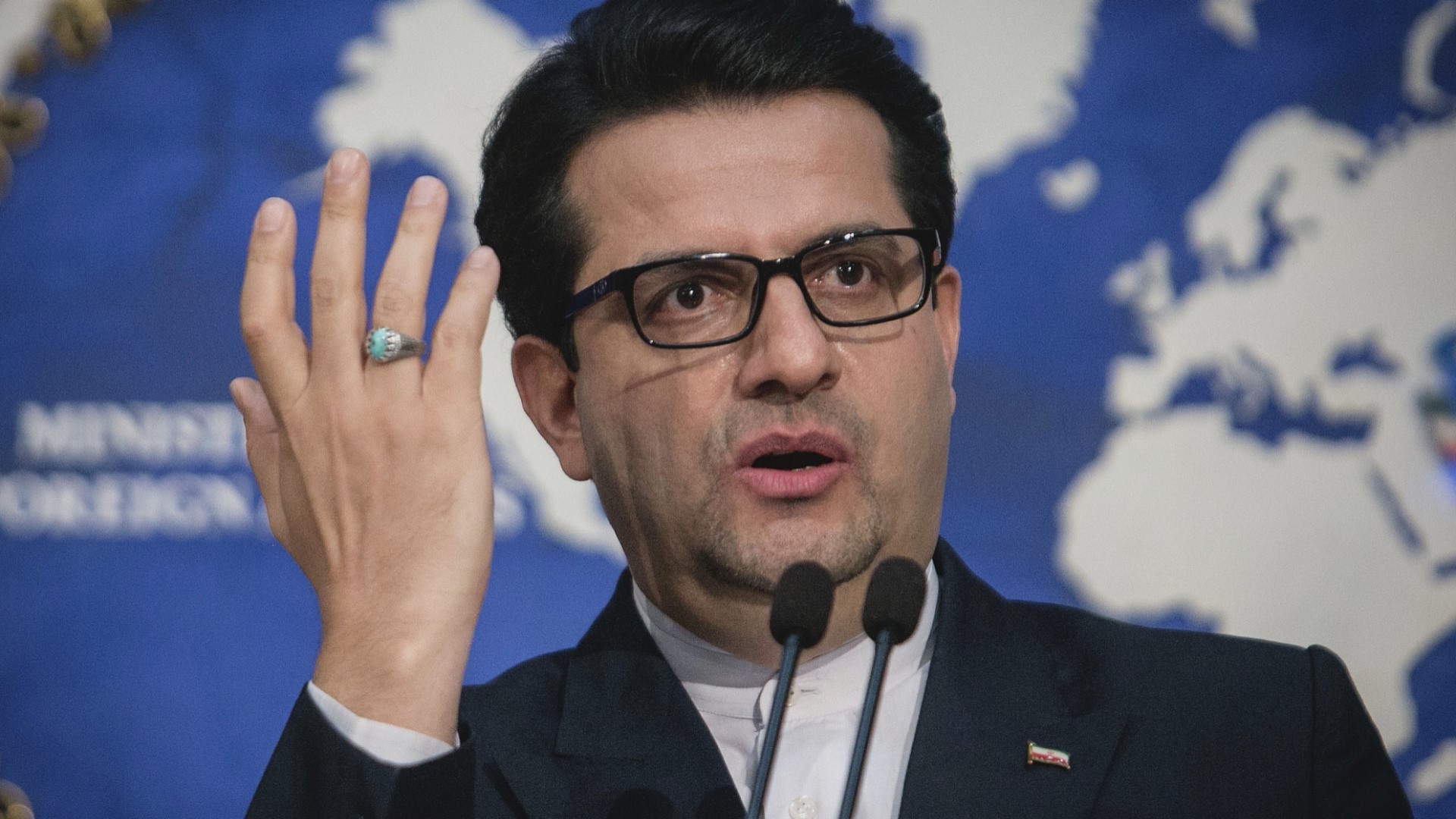 DUBAI, United Arab Emirates — As tensions remain high between Iran and the U.S., the Islamic Republic appears to have constructed a new mock-up of an aircraft carrier off its southern coast for potential live-fire drills.

The faux foe, seen in satellite photographs obtained Tuesday by The Associated Press, resembles the Nimitz-class carriers that the U.S. Navy routinely sails into the Persian Gulf from the Strait of Hormuz, its narrow mouth where 20% of all the world’s oil passes through.

While not yet acknowledged by Iranian officials, the replica's appearance in the port city of Bandar Abbas suggests Iran’s paramilitary Revolutionary Guard is preparing an encore of a similar mock-sinking it conducted in 2015. It also comes as Iran announced Tuesday it will execute a man it accused of sharing details on the movements of the Guard's Gen. Qassem Soleimani, whom the U.S. killed in a January drone strike in Baghdad.

The fake carrier sits just a short distance away from the parking lot in which the Guard unveiled over 100 new speedboats in May, the kind it routinely employs in tense encounters between Iranian sailors and the U.S. Navy. Those boats carry both mounted machine guns and missiles.

Credit: AP
In this Sunday, June 7, 2020 satellite photo provided by Maxar Technologies, a fake aircraft carrier is seen off the coast of Bandar Abbas, Iran.

The mock-up strongly resembles a similar one used in February 2015 during a military exercise called “Great Prophet 9.” During that drill, Iran swarmed the fake aircraft carrier with speedboats firing machine guns and rockets. Surface-to-sea missiles later targeted and destroyed the fake carrier.

“American aircraft carriers are very big ammunition depots housing a lot of missiles, rockets, torpedoes and everything else,” the Guard’s then-navy chief, Adm. Ali Fadavi, said on state television at the time.

Credit: AP
In this Sunday, June 7, 2020 satellite photo provided by Maxar Technologies, a fake aircraft carrier is seen off the coast of Bandar Abbas, Iran.

That drill, however, came as Iran and world powers remained locked in negotiations over Tehran's nuclear program. Today, the deal born of those negotiations is in tatters. President Donald Trump unilaterally withdrew America from the accord in May 2018. Iran later responded by slowly abandoning nearly every tenant of the agreement, though it still allows U.N. inspectors access to its nuclear sites.

Last summer saw a series of attacks and incidents further ramp up tensions between Iran and the U.S. They reached a crescendo with the Jan. 3 strike near Baghdad International Airport that killed Soleimani, head of the Guard's expeditionary Quds, or Jerusalem, Force.

Also on Tuesday, judiciary spokesman Gholamhossein Esmaili said Iranian citizen Mahmoud Mousavi Majd had been convicted in a Revolutionary Court, which handles security cases behind closed doors. Esmaili accused Majd of receiving money for allegedly sharing security information on the Guard and the Quds Force, as well as the “positions and movement routes” of Soleimani.

Majd was “linked to the CIA and the Mossad,” the Israeli intelligence agency, Esmaili alleged, without providing evidence. The Israeli prime minister's office, which oversees the Mossad, declined to comment. The CIA did not immediately respond to a request for comment. It wasn’t immediately clear if Majd had an attorney.

Esmaili did not say when Majd would be executed, other than that it would be “soon.” He also stopped short of directly linking the information allegedly offered by Majd to Soleimani’s death. Later Tuesday, the judiciary said Majd was detained in October 2018 and sentenced to death in September 2019, before Soleimani's killing.

Esmaili's description also suggested Majd could be a member of Iran’s military, paramilitary or intelligence apparatus, given his ability to access what would be the establishment's innermost secrets. It recalled the 1984 execution of Iranian navy chief Adm. Bahram Afzali, whom Iran killed along with nine others in the military over allegations they passed classified material onto the Communist Tudeh party, which then gave the material to the Soviet Union.

Iran retaliated for Soleimani’s killing with a ballistic missile strike Jan. 8 targeting U.S. forces in Iraq, an assault that left over 100 American troops with serious brain injuries. That same day, the Guard accidentally shot down a Ukrainian jetliner in Tehran, killing 176 people.

Iran's announcement of the looming execution shows how seriously they still take Soleimani's assassination. An exercise targeting a mock U.S. aircraft carrier could send that message as well, particularly if it involves a swarm attack of smaller vessels, which analysts believe Iran would employ if it did get into a shooting war with the U.S. Navy.

The U.S. Navy's Bahrain-based 5th Fleet, which patrols Mideast waters, did not immediately respond to a request for comment.

Credit: AP
FILE - In this Sept. 18, 2016, file photo provided by an official website of the office of the Iranian supreme leader, Revolutionary Guard Gen. Qassem Soleimani, center, attends a meeting in Tehran, Iran.