While rapper A$AP Rocky and his two bodyguards were found guilty, they won't serve any more jail time. 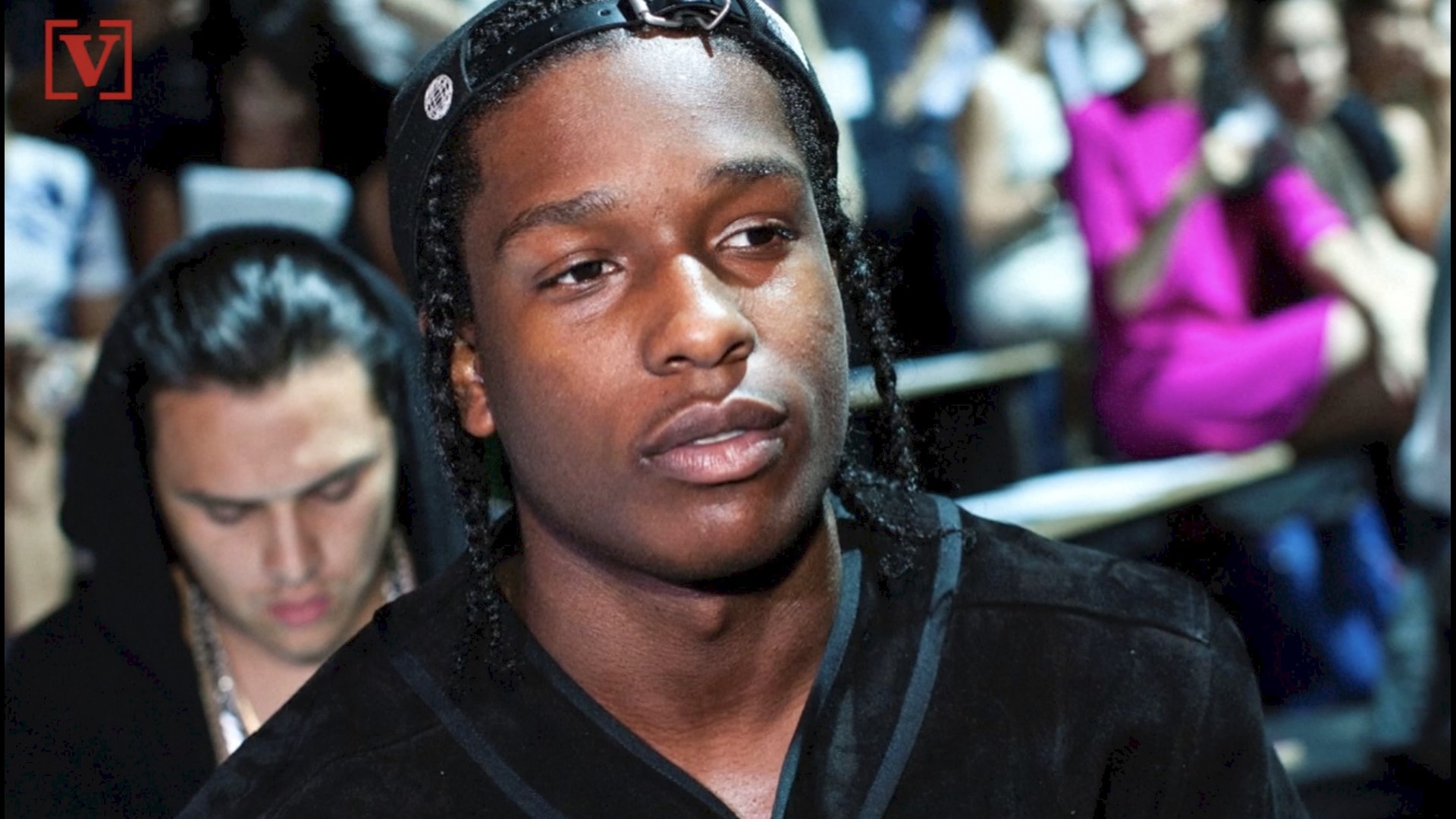 STOCKHOLM, Sweden — American rapper A$AP Rocky was found guilty of assault Wednesday by a Swedish court, six weeks after a street brawl in Stockholm that had attracted the attention of U.S. President Donald Trump.

A judge and jury found the rapper, whose real name is Rakim Mayers, and his two bodyguards guilty of unlawfully hitting and kicking a 19-year-old man during the June 30 fight.

Despite the verdict , the defendants will not be returning to prison as the court gave them "conditional sentences" for the assault convictions. That means they don't have to serve prison time unless they commit a similar offense in Sweden again.

The three, who spent nearly a month behind bars before being released Aug. 2, returned to the United States.

Credit: AP
A$AP Rocky, right, leaves the district court after the third day of his trial in Stockholm, Friday, Aug. 2, 2019. A Swedish court has ruled that American rapper A$AP Rocky and two other U.S. suspects can be freed from detention until Aug. 14, when the verdict on their assault case will be announced. Prosecutor Daniel Suneson said in his closing comments that he was seeking a six-month sentence for the rapper. (Fredrik Persson/TT News Agency via AP)

Though they were spared further jail time, the defendants have been ordered to a pay a total of 12,500 kronor ($1,310) in compensation to the victim.

Slobodan Jovicic, the Grammy-nominated artist's Swedish defense lawyer, said he had been looking for "a complete acquittal" and expressed his disappointment at the verdict.

Mayers, 30, had pleaded self-defense and said the fight happened after he tried to avoid a confrontation with the two men he claimed had persisted in following his entourage. One of them picked a fight with one of the bodyguards, Mayers said during his trial.

But the court concluded the defendants were "not subject to a current or imminent criminal attack" and as a result "were not in a situation where they were entitled to self-defense."

"In an overall assessment the court finds that the assault has not been of such a serious nature that a prison sentence must be chosen," the summary states.

During the trial, prosecutors played video footage that showed Mayers throwing a young man to the ground.

Presiding Judge Per Lennerbrant said the evidence shows 19-year-old Mustafa Jafari was struck in the back of the head with a bottle but that it could "not be established by whom." That determination was a factor in the verdict since it "affected the assessment of the seriousness of the crime," the judge said.

"The overall evidentiary situation in the case has been complex," he said.

The crime carries a two-year maximum sentence in Sweden.

Mayers had told the court before his release that Jafari and his friend refused to go away despite several appeals, and claimed they appeared to be under the influence of drugs.

Testifying in court, Jafari said his memory of the night was confused because of the blows to his head during the brawl. He told police earlier he had gotten angry when his headphones were broken during the initial argument with a bodyguard.

A full-scale brawl ensued shortly afterward. Prosecutors alleged Mayers and his bodyguards — David Rispers, Jr. and Bladimir Corniel — beat and kicked Jafari while he was on the ground. They also alleged that Jafari was hit with parts of, or a whole bottle.

Jafari claimed the rapper pushed him to the ground, and photos showed the alleged victim's cuts, bruises and blood-stained clothes.

The case drew the attention of American celebrities and Mayers' fellow recording artists, including Sean "Diddy" Combs and Justin Bieber. A social media campaign, #JusticeForRocky, has been pressing for his release.

The issue also led to a U.S.-Swedish diplomatic spat.

U.S. President Trump intervened on behalf of the rapper while he was jailed, tweeting, "It was a Rocky Week, get home ASAP A$AP!" Trump also called Swedish Prime Minister Stefan Lofven on July 20, offering to personally guarantee his bail, but the Swedish leader said he couldn't interfere in a legal case.

Despite Trump's intervention. Mayers was not immediately released. Trump also sent Ambassador Robert O. Brien, the U.S. special presidential envoy for hostage affairs, to Sweden to monitor the court proceedings. Trump later cheered the release of Mayers and his bodyguards.