The files contain new details about plots to take out Castro and other communist leaders, alleged warnings that Kennedy would be targeted, and Oswald's visit to Mexico City 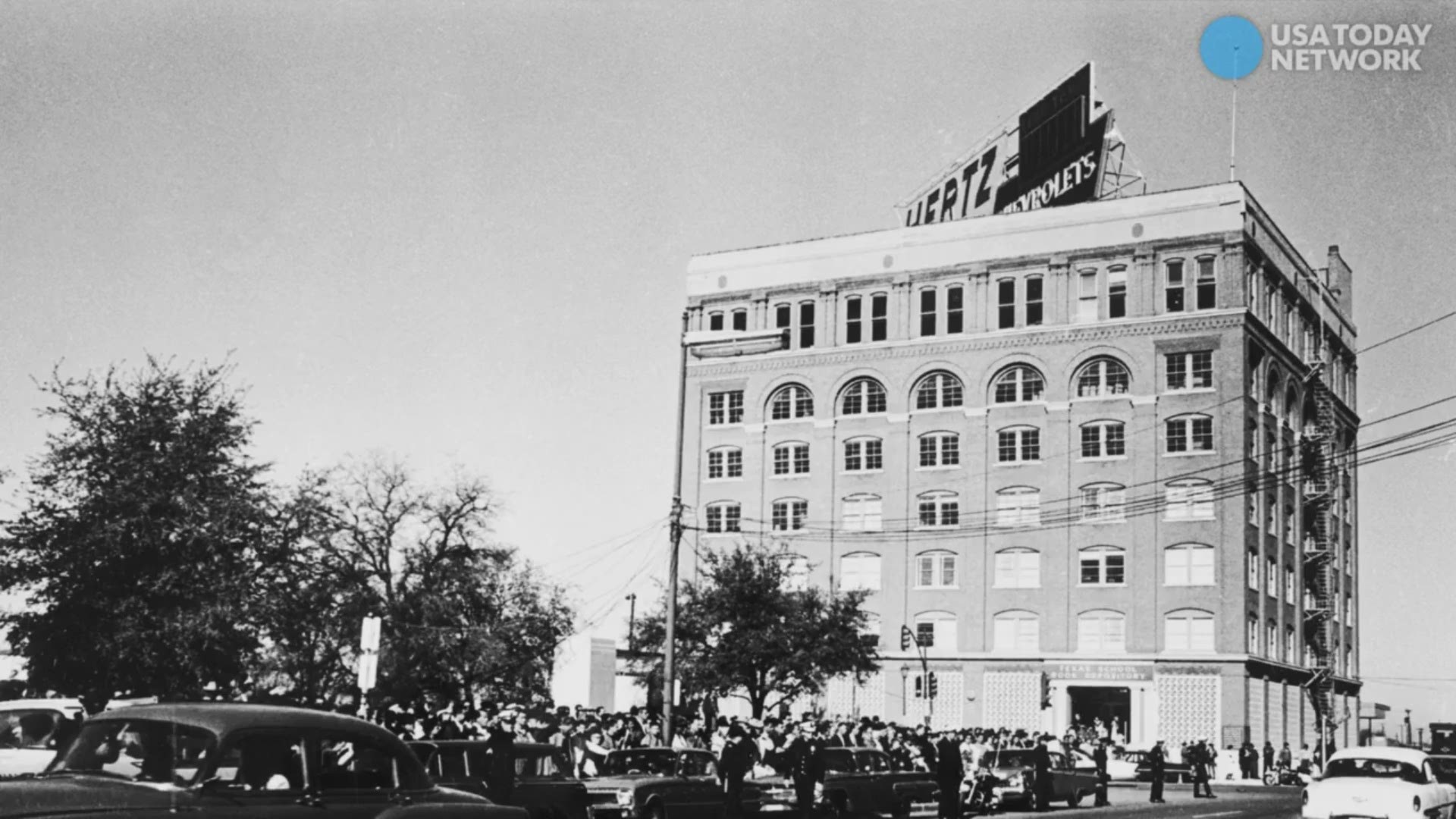 The batch did not contain a "smoking gun" — the government still contends Lee Harvey Oswald acted alone in killing President John F. Kennedy — it did contain new details about plots to take out Castro and other communist leaders, alleged warnings that Kennedy would be targeted, and Oswald's visit to Mexico City two months before he shot the young president in Dallas.

While President Trump had suggested that a final set of JFK assassination documents would be released, he withheld thousands of reports because government agencies — particularly the CIA and FBI — said they would undermine national security by revealing intelligence gathering and sourcing methods.

Trump tweeted Friday morning that he hoped to get all of the documents released.

JFK Files are being carefully released. In the end there will be great transparency. It is my hope to get just about everything to public!

Trump's decision to grant the wishes of the intelligence community to keep many of the documents sealed is "infuriating," said Gerald Posner, an expert on the Kennedy assassination and author of the 1993 book Case Closed, which determined Oswald acted on his own.

The longer the documents remain secret, "they're going to spawn all sort of new conspiracy theories."

54 yrs since #JFK assassination, 25 yrs since mandated release TODAY, and we’ll have to wait another 6 months to MAYBE see the good stuff.

"The remaining records will be released with agency-proposed redactions on a rolling basis in the coming weeks," White House spokeswoman Sarah Sanders said.

Saying that the public expects and deserves "as much access as possible" to investigative records, Trump authorized the release of almost 2,900 document files through the John F. Kennedy Assassination Records Collection Act of 1992.

The law, passed in the wake of Oliver Stone's conspiracy-minded film JFK, set Thursday as the final deadline for final release of documents.

Among the new information:

• An Oct. 25, 1963, FBI document seeking information on Oswald's involvement in New Orleans with the pro-Castro "Fair Play for Cuba Committee." "Will maintain contact with Cuban sources for any indication of additional activity on the part of subject organization which appears to have become inactive since the departure from New Orleans of LEE HARVEY OSWALD," wrote FBI agent Warren De Brueys.

Oswald had been arrested for disturbing the peace in August 1963 while handing out "Fair Play for Cuba" leaflets in New Orleans. He moved to Dallas afterward. The document released Thursday had been released earlier; the new version revealed the identify of one of the FBI's Cuban informants in New Orleans.

• A 1975 “statement of facts” on assassination plots against Castro that began in 1959, shortly after he came to power. Detailing CIA contacts with Sam Giancana and other Mafia figures, the memo was written by the White House counsel for President Gerald Ford, a member of the Warren Commission that initially investigated the Kennedy assassination.

During that probe, the CIA withheld information about the Castro plots. While many conspiracy theories see the attempts to kill Castro as a motive to kill Kennedy, there is no evidence tying the Castro government to the assassination.

• Information tracking Oswald's movements in Mexico City in September 1963, two months before the assassination. One CIA handwritten document tracks Oswald’s contact with the Soviet Embassy in Mexico City, a nest of Cold War spies at the time.

Oswald once lived in the Soviet Union and expressed support for the Castro government, but no one knows why he visited Mexico City.

• A Nov. 27, 1963, memo on a Secret Service agent who interviewed a man named Robert C. Rawls, who was in a bar in New Orleans a week to 10 days before the assassination and heard a man betting $100 that Kennedy would be dead within three weeks. Thought nothing of it until the assassination. But Rawls was drunk at the time and couldn’t remember the name of the man, what he looked like or what specific bar it was in.

• An FBI document on a claim that a British newspaper reporter received a call warning of a big event in the United States less than a half-hour before the assassination.

"The caller said only that the Cambridge News reporter should call the American Embassy in London for some big news and then hung up," the memo said, adding: "The important point is that the call was made, according to MI5 (British intelligence) calculations, about 25 minutes before the President was shot."

Many of the documents have been released in previous years, but had been heavily redacted with names and certain statements blacked out.

Researchers estimate that little more than 50 of the documents released Thursday night are new in full.

Conspiracy theorists had a field day.

Roger Stone, a long-time political adviser to Trump who wrote a book claiming that Vice President Lyndon Johnson was involved in the Kennedy assassination, cited a 1966 FBI memo claiming sources in the Soviet Union who also suspected Johnson, and feared that Moscow would be blamed for it. "Unsealed JFK documents show the KGB thought LBJ did it," Stone tweeted.

Legions of biographers and historians have said there is no evidence tying either Johnson or the Soviet Union to Kennedy's death.

In his memo authorizing the release of JFK assassination records, Trump said the American people should be "fully informed about all aspects of this pivotal event. Therefore, I am ordering today that the veil finally be lifted."

Given the concerns of the CIA and FBI, however, Trump said he had "no choice" but to allow withholding and redacting some documents "rather than allow potentially irreversible harm to our Nation's security."

These agencies now have 180 days to prove that withholding information is in the national security interest, officials said.

The newly released documents provide candid glimpses into the actions of public officials dealing the fallout from Kennedy's killing.

Hoover, the long-time and controversial FBI director, said in one memo that it was important for the government to demonstrator that Oswald did the murder, The memo is dated Nov. 24, 1963, the same day Dallas nightclub owner Jack Ruby shot and killed the gunman.

"There is nothing further on the Oswald case except that he is dead," Hoover wrote.