John Pickering, who died suddenly from a heart attack in July, always wanted things as 'Christmassy' as possible, his son says. 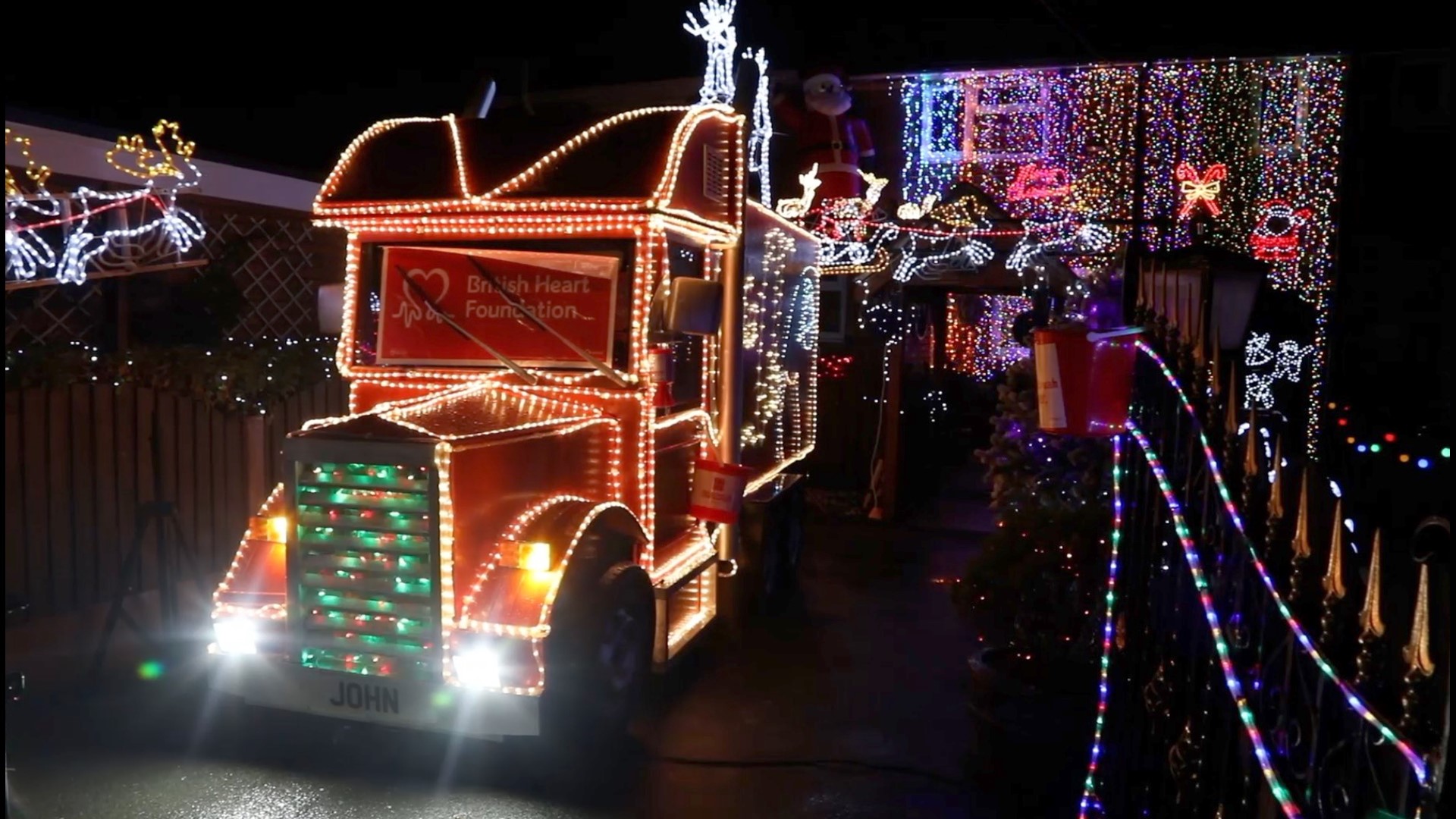 A man in England, who says his recently deceased father was crazy about Christmas, has decked out his dad's home in 20,000 Christmas lights.

My London News reports John Pickering died of a heart attack in July at age 59.

His son, Shaun, was devastated. But he wanted to honor his father, so he spent two months putting up the Clark Griswold-worthy display at his dad's home in Telford, about 200 miles northwest of London.

RELATED: How you can decorate your house like America's largest home

Shaun reportedly believes there are 12,000 lights on the house alone. He also re-created an iconic Coca-Cola delivery truck. It's parked in front of John's garden.

“People say that once the Coca-Cola truck comes on the TV it’s the start of Christmas," Shaun told the news outlet.

Shaun said his dad always wanted to make the home as "Christmassy" as possible.

"When we turned the lights on we all ended up getting emotional about it because dad should’ve been there," Shaun said.

Shaun wants to honor his father in another way. He's hoping people who visit his light display will donate to the British Heart Foundation. Shaun reportedly hopes to raise 1,000 pounds ($1,280 US). He says it cost him about 500 pounds for the lights and 2 pounds per night to run the display.

“Some people said on social media I should’ve given the money I spent to charity but then there’d be nothing to see," Shaun reportedly said.