Trooper violated 'training' when frisking woman without cause, prosecutor says

Prosecutor: Trooper violated 'training' when frisking woman without cause 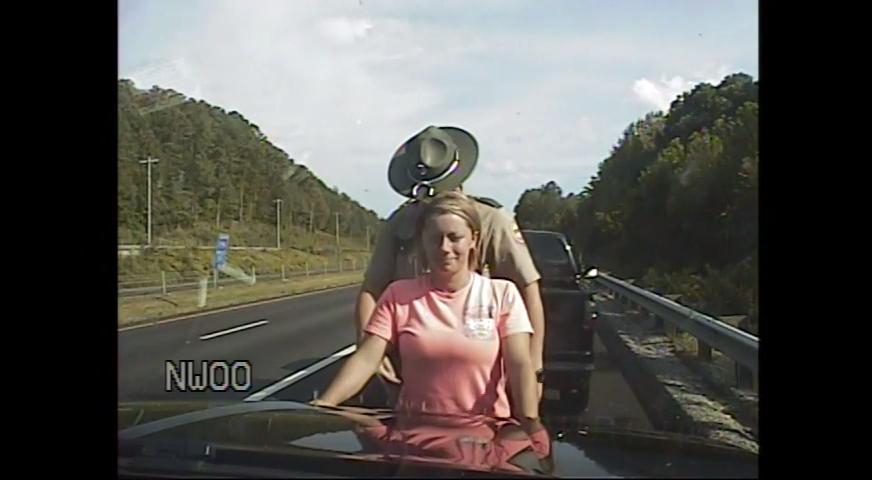 KNOXVILLE, Tenn. — A Tennessee prosecutor is criticizing the actions of a Tennessee Highway Patrol trooper accused of groping a woman he twice pulled over within three hours as "inconsistent with his training" and his agency's own rulebook.

Patricia Aileen Wilson alleged in the lawsuit Lloyd searched her without legal cause, groped her during that search and then laid in wait to stop her a second time three hours later.

The Tennessee Highway Patrol initially refused to make public dash cam footage of the two August traffic stops in Campbell County. Within days of the reporting of the lawsuit, highway patrol Col. Tracy Trott issued a statement clearing Lloyd of any wrongdoing.

"After careful consideration and review, the Tennessee Highway Patrol Command Staff has advised me that Trooper Isaiah Lloyd conducted this traffic stop in a professional manner in an effort to protect the motoring public," Trott said in the statement.

Trott never addressed the cause or propriety of Lloyd’s second stop of the woman.

But Effler, in a statement released Thursday, said his review of both stops “revealed that Trooper Lloyd’s actions were inconsistent with his training and Tennessee Department of Safety general orders.”

Effler wrote in the statement that he did not believe he could mount a criminal case of sexual battery against Lloyd but was dropping a seat belt ticket Lloyd issued Wilson. He is urging further review by Tennessee Highway Patrol commanders of Lloyd’s actions.

“Our review of this matter has been forwarded to Commissioner of Safety and Homeland Security David Purkey, along with a request that the findings of our review be reviewed with Trooper Lloyd to prevent similar incidents in the future,” Effler wrote.

No cause for invasive search

Recently obtained dash cam footage of the two traffic stops at issue in the lawsuit shows Lloyd never expressed concern that Wilson, who was wearing shorts, a camisole and a T-shirt, was armed but ordered her out of her truck and put his hands inside the waistband of her shorts as she was leaned forward onto the front of the cruiser.

Herbert S. Moncier, one of the attorneys who filed the lawsuit on Wilson's behalf, declined to comment Friday on Effler's statement, citing the ongoing lawsuit.

The U.S. Supreme Court ruled in 1968 that police may pat down a suspect on the outside of their clothing if an officer has “reasonable suspicion” the person may be armed but is otherwise forbidden from an invasive search inside a person’s clothing without either a warrant or probable cause of a crime.

Lloyd told Wilson on the video that he pulled her over on Interstate 75 because she wasn’t wearing a seat belt. He asked whether she had taken any “prescription drugs.” She answered, “no drugs, no alcohol, nothing.” Lloyd ordered her out of the truck anyway.

He instructed her to place her hands on the hood of his cruiser and he put his hands inside the waistband of her shorts. He asked her to lift her shirt, which she did, as he ran his hands around her hips with his fingers inside her shorts. Wilson alleges in the lawsuit he touched her genital area and buttocks. 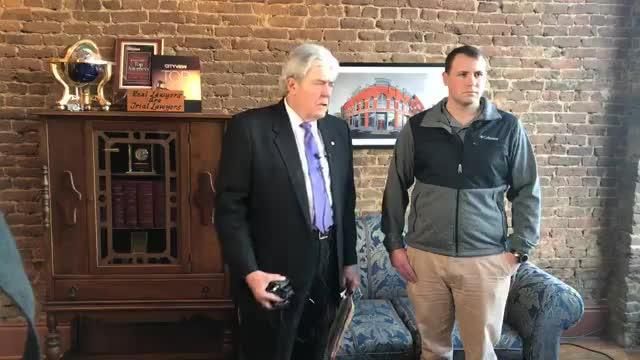 Lloyd said via attorney James A. H. Bell that he searched her because she said she had taken Ambien, a prescription sleep medication. But the video shows Wilson never mentioned Ambien before the search.

Wilson again denied using drugs or alcohol and said the only medication she occasionally takes was a prescription sleep medicine. She could not recall the name. It was Lloyd who asked whether the sleep medication was Ambien and Wilson then agreed that was the name of the medicine.

“I normally have to take it every other night,” she told Lloyd. “I don’t take any narcotics.”

Lloyd then said, “It is a narcotic.”

The U.S. Drug Enforcement Administration does not classify Ambien as a narcotic.

Lloyd then conducted two field sobriety tests. All the while, Wilson’s mother was left alone in the truck and at one point threw open the passenger door. Lloyd issued no order to the mother to stay in the truck or otherwise acknowledged her.

Lloyd used Wilson’s driver’s license, which listed her address, to write her a citation for driving without a seat belt.

Microphone was off in second stop

Three hours later, footage from the dash cam showed, Lloyd had parked his cruiser alongside a county road near Wilson’s address. As soon as Wilson’s truck passed by, Lloyd made a U-turn, caught up to the truck and engaged his blue lights.

His body microphone was no longer recording sound. Lloyd later claimed the battery on his microphone “went dead,” according to Effler’s review.

For the next four minutes, Lloyd can be seen on the dash cam footage talking to Wilson. Her lawsuit alleges he said, “We have to stop meeting like this.” This time, Wilson’s children, ages 8 and 3, were in the truck. They were not visible inside the truck when Lloyd initiated the second stop.

The lawsuit alleges that after Lloyd saw the children, he told Wilson he stopped her a second time because the tint on her truck windows was too dark, but he issued no citation.

Bell is not representing Lloyd in the lawsuit and instead represented him during both the highway patrol and Effler's reviews.

“They took no administrative action against him,” Bell said, adding Lloyd was “happy” to learn Effler would not be pursuing a criminal charge.

Lloyd was hired by Tennessee Highway Patrol in February 2015. He was profiled in a 2011 Knoxville (Tenn.) News Sentinel story where it was noted that he enrolled in the Army after graduating from high school.

At the time, Lloyd had spent seven months in Iraq with the 82nd Airborne Division, based at Fort Bragg, N.C.