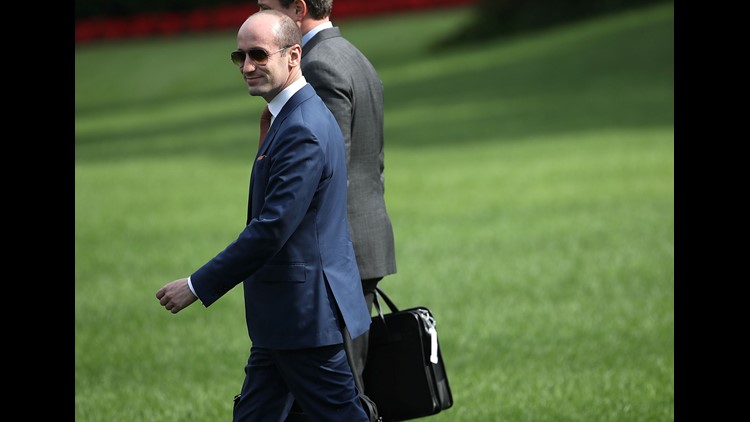 About 20 people protesting Miller's role in the Trump administration's "zero tolerance" immigration policy marched about a block to Miller's CityCenterDC apartment building, handing flyers to spectators along the way.

Miller, who was traveling with President Trump to a campaign rally in Columbia, South Carolina, was not home when the protesters arrived.

"I think humans have the right to privacy, but as a public figure, his actions and policies affect people in their homes and in their lives," said Sue Udry, a bystander.

The group, which identified themselves simply as "concerned D.C. residents," stood in front of Miller's apartment building chanting "immigrants are welcome here."

"Say it loud, say it clear: immigrants are welcome here," shouts a group of about a dozen people outside Stephen Miller's apartment building in DC. #civility pic.twitter.com/gLVHCAwvwf

CityCenterDC is a mixed-use development of million-dollar-plus condos, apartments, offices and upscale shopping, including Dior, Bulgari and Louis Vuitton.

At one point, one of the protesters got into an argument with a building resident who appeared to be irritated with the protesters.

But another resident, John Michael Gonzalez, said he was pleased to see activists demonstrate against Miller's policies.

"I believe in what they're doing. It's terrible what the administration's doing to children and their parents," Gonzalez told USA TODAY.

"They've left their countries fleeing persecution ... the first thing they (immigration officials) do is take their children from them," Gonzalez said.

This is not the first time activists have demonstrated directly to Trump administration officials in the wake of the policy that has caused migrant children to be separated from their families along the U.S.-Mexico border.

Last Tuesday, Department of Homeland Security Secretary Kirstjen Nielsen was confronted by the D.C. chapter of the Democratic Socialists of America as she dined at MXDC Cocina Mexicana near the White House.

On Friday, Press Secretary Sarah Huckabee Sanders was asked to leave a restaurant in Lexington, Virginia, by the owner of the Red Hen because of Sanders' role in defending Trump administration policies.

Jesse Rabinowitz, one of the organizers of the group marching on Miller's apartment building Monday, criticized the Trump administration for its zero tolerance policy.

"As long as Stephen Miller and the Trump regime terrorize black and brown communities, penalize immigrants and ban Muslims, they will be met with frequent displays of public anger and moral outrage," Rabinowitz said.

More: Is America headed toward a civil war? Sanders, Nielsen incidents show it has already begun 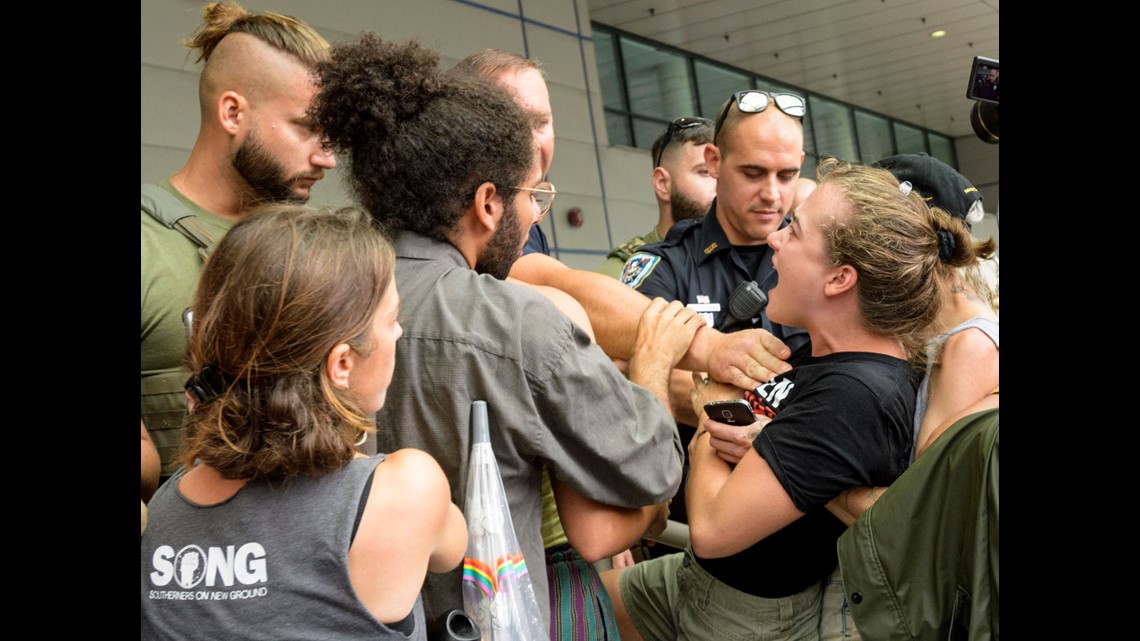