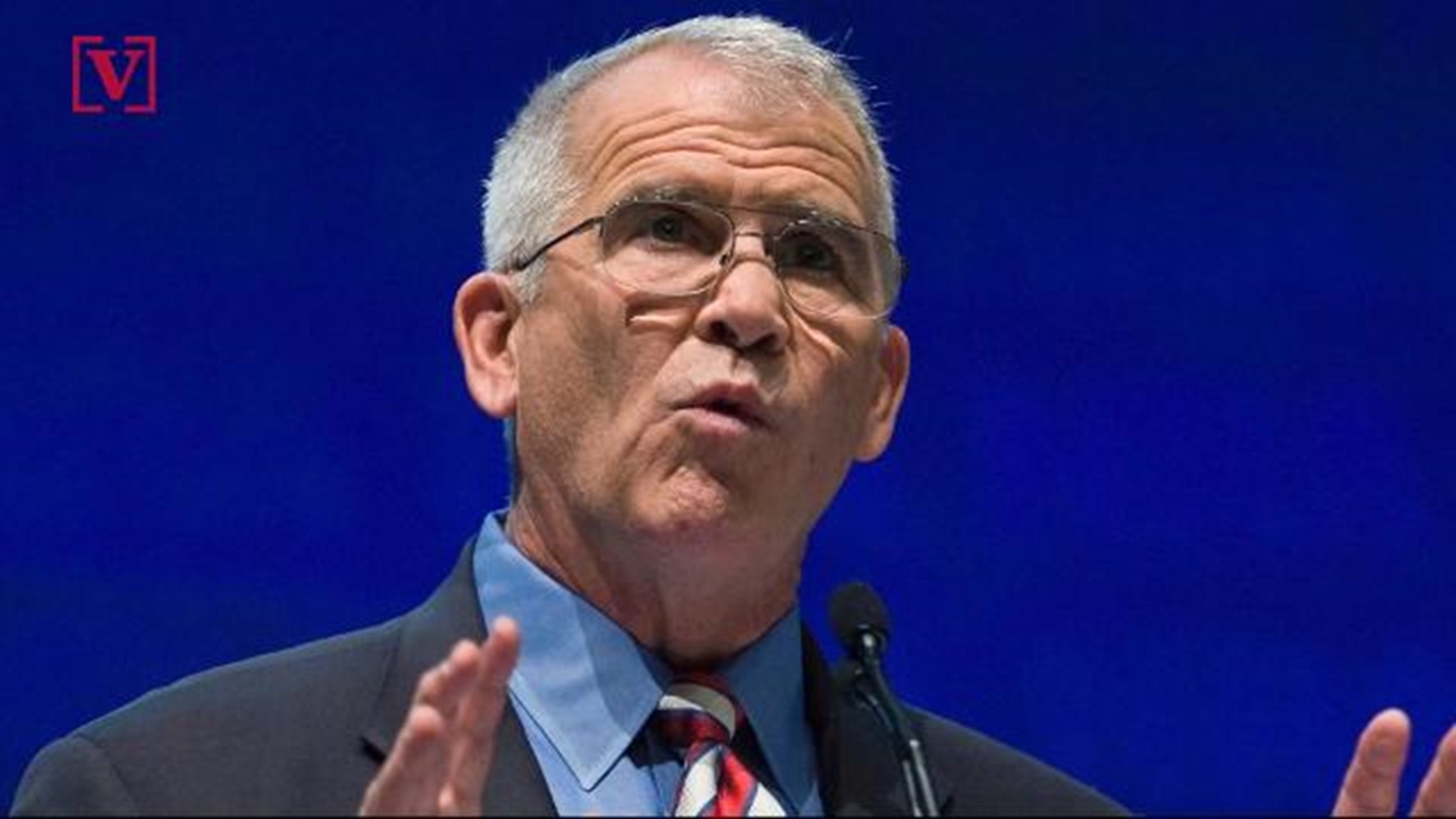 The retired Marine lieutenant colonel blamed a "culture of violence" for recent school shootings and implied that the prevalence of prescriptions such as Ritalin for young people could also be a factor during an appearance on Fox News Sunday.

But in 2012, North worked as a promoter, script consultant and voice actor for the popular first-person-shooter game Call of Duty: Black Ops II.

"The problem that we’ve got is that we’re trying like the dickens to treat the symptom without treating the disease," North said during a discussion about the rise in school shootings. "And the disease, in this case, isn’t the Second Amendment. The disease is youngsters who are steeped in a culture of violence.

Related: Santa Fe High School shooting in Texas is at least the 20th of 2018

"They have been drugged in many cases," North continued. "Nearly all of these perpetrators are male and they are young teenagers in most cases. And they have come through a culture where violence is commonplace. All we need to do is turn on the TV, go to a movie. If you look at what has happened to the young people, many of these young boys have been on Ritalin since they were in kindergarten."

As a war game, Black Ops II is violent by definition, and after its release one reviewer said it was "about as violent as it could get."

A look back at Oliver North: The NRA's new president

"At one point there was so much blood spraying around that I thought I'd stepped into a horror movie," read the Wired review.

North also received a writing credit for a 2014 episode of the FX espionage show The Americans. The episode graphically depicts a young man having his throat slit and shows the violent deaths of at least three other characters.

"The American people know who bears the most blame for gun violence: the NRA apologists who are always pointing their fingers at everyone else," said Everytown for Gun Safety President John Feinblatt in response to North's statements.

North was one of the main figures in the Iran-Contra affair during the Reagan administration. As deputy director of the National Security Council, North helped in the sale of arms to Iran and the illegal transfer of money to anti-communist rebels in Nicaragua.

North was found guilty on three charges relating to the scandal, but in 1990 a federal judge overturned the convictions.

Declassified documents have shown that North was also aware that some of the Nicaraguan rebels were tied to traffickers bringing drugs into the U.S.