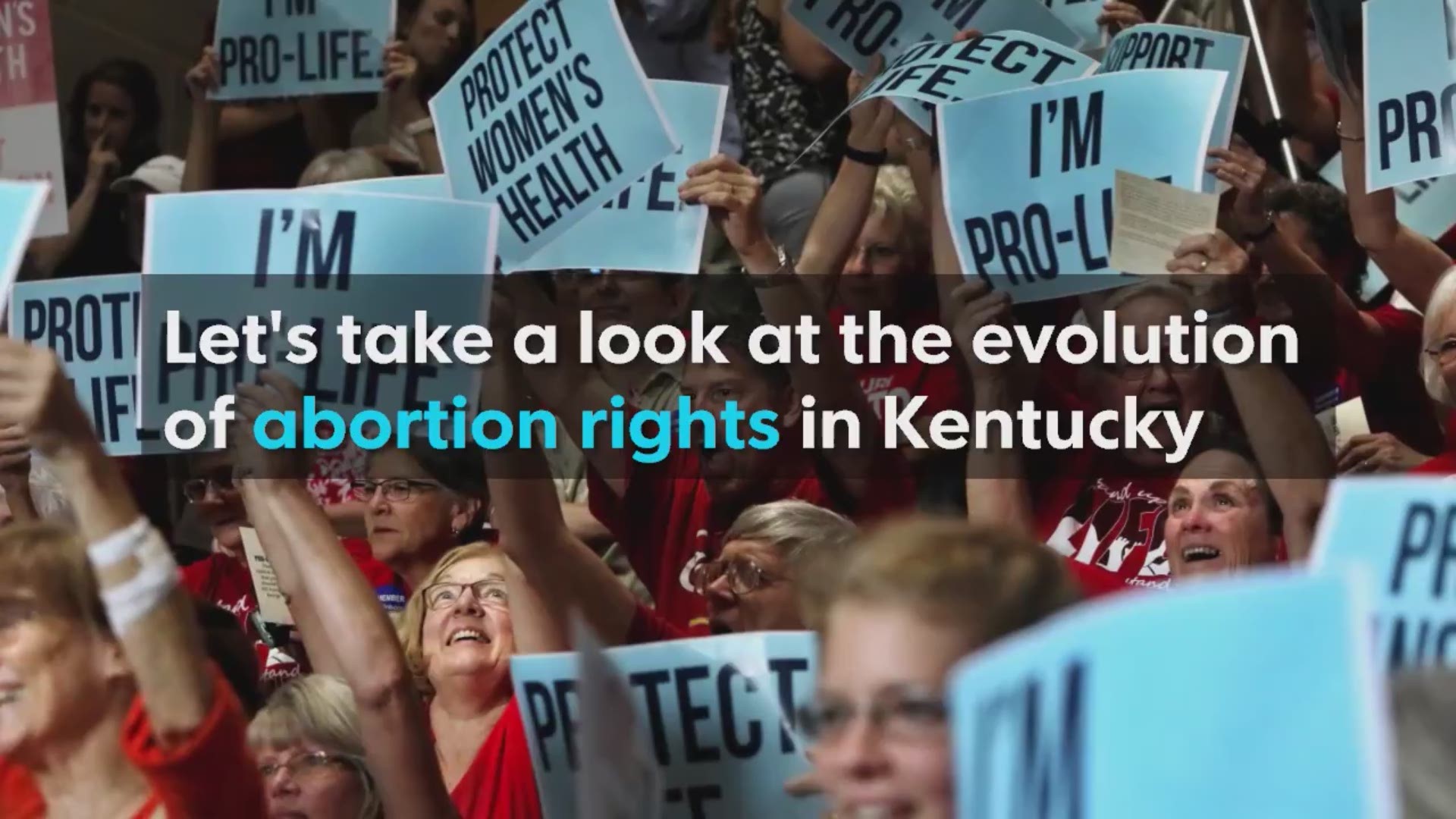 LOUISVILLE, Ky. – A federal judge has struck down a state law requiring Kentucky abortion clinics to have written agreements with an ambulance service and hospital for emergencies – rules the administration of Gov. Matt Bevin had used to try to close the state's only abortion clinic.

Friday's decision is a victory for abortion-rights supporters who had clashed with the administration of Bevin, an anti-abortion Republican, over rules they said his administration misused to try to close one clinic in Louisville and block another from offering abortions.

Above all, it's a victory for women, said lawyer Don Cox, who represented EMW Women's Surgical Center, the state's only abortion provider, along with the American Civil Liberties Union of Kentucky.

EMW challenged the state law alongside Planned Parenthood of Indiana and Kentucky.

Cox also said the ruling stops what he called Bevin's "abuse of power."

"The judge blew the whistle on the governor," he said.

Bevin spokeswoman Elizabeth Kuhn said the administration is disappointed with the ruling and plans to appeal to the 6th U.S. Circuit Court of Appeals, which she said already has upheld a similar law in Ohio.

"We are disappointed that the court would strike down a statute that protects the health and well-being of Kentucky women," Kuhn said in an email.

But Kim Greene, board chair of the regional Planned Parenthood, hailed the decision.

"The court today ruled that the state may not erect artificial barriers to safe and legal abortion services in Kentucky," she said. "We are thrilled that women in Kentucky who need this medical service will be able to access it here. We look forward to helping those  women."

In a separate order, the judge ruled the Bevin administration must pay about $20,000 in costs for Planned Parenthood after it claimed no one from the governor's office showed up for a deposition in the case last year.

Friday's decision is the second setback on a state abortion law for the Bevin administration. A federal judge last year struck down a different state law requiring doctors to perform ultrasounds and attempt to show them and describe them to the patient.

Friday's 60-page ruling by U.S. District Judge Greg Stivers follows a September 2017 trial in federal court in Louisville over a 1998 state law requiring abortion clinics to have so-called transfer and transport agreements with a hospital and ambulance service  in the event of a medical emergency.

Opponents argued the law was unnecessary, in that clinics already have access to local hospital and emergency medical transportation. Lawyers for Bevin said the law is necessary for patient safety.

Stivers' ruling Friday found the law to be unconstitutional in that the agreements are unnecessary and pose a barrier to women seeking legal abortions.

Lawyer Michael Abate, who helped represent Planned Parenthood in the case, said the judge's order is clear on that point.

"He held there is no medical justification at all for the regulations," Abate said. "We think it's a great ruling and the court got it exactly right."

The law was originally established to add oversight of abortion clinics, with the expectation such agreements would be easily obtained, Stivers' order said. But under the Bevin administration, such agreement became more difficult – if not impossible – to obtain, the opinion said.

Planned Parenthood and EMW argued at trial that the Bevin administration applied political pressure to discourage hospitals from entering such agreements.

"Regardless of the reasons, it is clear that despite EMW and Planned Parenthood's best efforts, no Louisville hospital is willing to sign a transfer agreement with this type of facility," Stivers' opinion said. "As a result, it is impossible for EMW plaintiffs or Planned Parenthood to comply with the requirement of such agreements."

It was joined in the lawsuit by Planned Parenthood of Indiana and Kentucky, which had sought a license to provide abortions at a new clinic opened in late 2015 in Louisville.

The Bevin administration denied a license to Planned Parenthood, rejecting its transfer agreements as insufficient.

The revocation of EMW's license would have made Kentucky the only state without a single abortion provider. Stivers had ordered that EMW could remain open while the legal challenge is pending.

Stivers' ruling follows a previous setback to state efforts to restrict abortions in Kentucky, under a ruling last year from a different federal judge who struck down the 2017 ultrasound law.

U.S. District Judge David Hale ruled in September 2017 that such a law, which also requires the physician to play an audible heartbeat of the fetus to the patient, violates a physician's right to free speech.

An appeal of that ruling by the Bevin administration is before the 6th U.S. Circuit Court of Appeals.