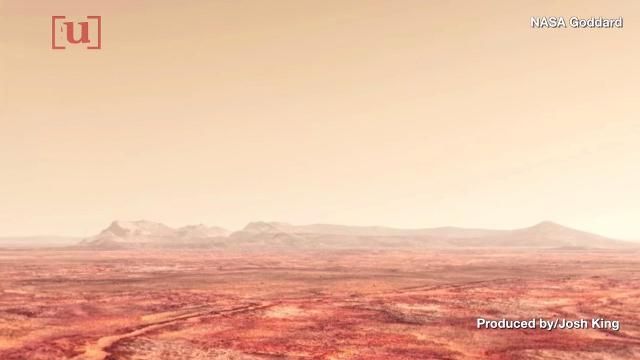 ORLANDO — Though scientists have scanned the cosmos for signals from alien civilizations for a half-century, Jill Tarter likens mankind's micro-scale campaign to searching for fish in the world’s oceans — by withdrawing a 12-ounce glass of water.

“We’re out in the boondocks. And our star, the sun, is only one of 400 billion other stars in the Milky Way galaxy," Tarter told a conference-room crowd Saturday afternoon.

"And our Milky Way galaxy is only one of about 200 billion other galaxies in the observable universe," she said.

Tarter — whose astronomical career was portrayed by Jodie Foster in the 1997 movie "Contact" — served as closing speaker during the Florida Institute of Technology's third Cross Cultural Management Summit at Caribe Royale in Orlando.

The former project scientist for NASA's SETI program, Tarter is research chair at the nonprofit SETI Institute in Mountain View, California. She has received two NASA Public Service Medals, and in 2004 she was named one of Time's 100 most influential people in the world.

SETI stands for the search for extraterrestrial intelligence. The SETI Institute owns the Hat Creek Radio Observatory, and Tarter helped develop the facility's Allen Telescope Array in the Cascade Mountains about 290 miles north of San Francisco.

“I think that in this century we are going to be finding life beyond Earth," Tarter told the audience.

"We can discover it: We can find biomarkers on planets or moons of our solar system. We can find artifacts in the solar system as we explore. We can look for remote biosignatures in the atmospheres of distant exoplanets," Tarter said.

"Or, perhaps we can detect the work product of technological civilizations: technosignatures," she said.

Credit: Getty Images
The Milky Way stretches across the sky. Visitors to Kartchner Caverns are likely to see such a view, which peaks during summer.

Tarter displayed PowerPoint photos of telescopes, stars and galaxies to the audience. Included were “selfies” of distant Earth, as photographed by Cassini from Saturn’s orbit (2013) and Voyager 1 as the spacecraft was passing Neptune (1990).

“We’re really working on an ancient human question. And that’s very, very rewarding. We might, within the 21st century, have the answer to whether there is life beyond Earth. And we’ve been asking that question for a very, very long time," she said.

Thanks chiefly to Kepler space telescope data, Tarter said there are more planets than stars in the Milky Way.

“When I was a student, we learned there were nine planets in our own system — and then we went and lost one of those," she said, drawing laughs from the crowd.

Tarter's conference address — titled A Cosmic Perspective: Searching for Aliens, Finding Ourselves — is one of about 75 she plans to deliver this year to fundraise for Allen Telescope Array upgrades. In recent years, scientists have focused the ATA on roughly 20,000 nearby stars. Most are small, dim red dwarf stars.

"We've designed a second generation of fantastic feeds and receivers that make it much more sensitive. So we're trying to fundraise to get those on the telescope. We have about half of them done," she said after her speech.

"For the SETI Institute, what we'd really love to do is develop an endowment. Because this really is a project that may have to be multi-generational," she said.

Tarter also expressed hope for a new "Laser SETI" initiative. She said the first prototype will be installed within a month and a half at the Lick Observatory, near San Jose, California.

"We can build a series of 96 cameras, spread around 12 sites around the globe, working in the optical and infrared. We will literally be able to look up at all of the sky, all of the time to see if there are any bright flashes. To see if any other phenomenon, like fast radio bursts, have an optical component. I'm really excited about it," she said.