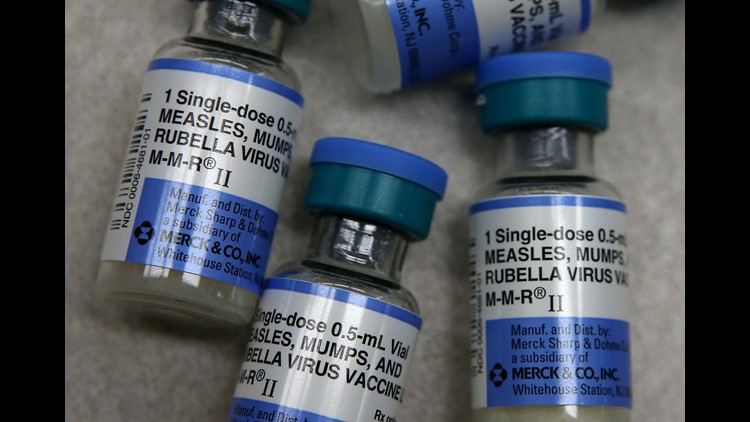 PHOENIX – The state of Arizona has canceled a vaccine education program after receiving complaints from parents who don't immunize their school-age children.

The pilot online course, modeled after programs in Oregon and Michigan, was created in response to the rising number of Arizona schoolchildren skipping school-required immunizations against diseases like measles, mumps and whooping cough because of their parents' beliefs.

But some parents, who were worried the optional course was going to become mandatory, complained to the Governor's Regulatory Review Council, which reviews regulations to ensure they are necessary and do not adversely affect the public. The six-member council is appointed by Gov. Doug Ducey, with an ex-officio general counsel.

Members of the council questioned the state health department about the course after receiving the public feedback about it, emails show. The state responded by canceling it.

The complaints that ended the pilot program came from about 120 individuals and families, including 20 parents who said that they don't vaccinate their children, records show.

"We're so sorry we couldn't make a go of this – strong forces against us,"  Brenda Jones, immunization services manager at the Arizona Department of Health Services, wrote in an Aug. 6 email to a Glendale school official, along with a notification about the course's cancellation.

In an email to two Health Department staff members on Aug. 14, Jones wrote that there had been "a lot of political and anti-vaxx" feedback.

"I'm not sure why providing 'information' is seen as a negative thing," said Republican state Rep. Heather Carter, who spent the last three legislative sessions as chairwoman of the House Health Committee and helped create the pilot program.

"Providing information doesn't take away a parent's choice to seek an exemption. ... This is a major concern. Vaccines have saved lives for generations. We all want to live in safe and healthy communities."

The education program was scheduled to expand to other schools this academic year.

State health officials said they have returned to the drawing board regarding the regulatory duty to provide vaccine education to Arizona parents seeking vaccine exemptions.

The overriding message they want parents to understand: Childhood vaccines are far safer than the diseases they prevent.

When too many kids skip getting vaccinated, schools and communities lose what's known as "herd immunity." Without herd immunity, disease spreads more easily. Babies too young to be immunized and adults and children with compromised immune systems – those with chronic diseases or undergoing chemotherapy for cancer, for example – are most vulnerable to the loss of the collective protection of the herd.

Kindergartners in Maricopa County as a whole are now below herd immunity for measles, said Rebecca Sunenshine, medical director for disease control for the Maricopa County Department of Public Health.

Maricopa County reflects national trends that show people who choose not to vaccinate their children tend to be higher income and white, she said.

"We are seeing an increase in vaccine exemptions and that is concerning because that does put us at greater risk for spread of disease, particularly outbreaks that could have been preventable," said Jessica Rigler, branch chief for public health preparedness at the Arizona Department of Health Services.

"It's difficult to actively offer education and that is something we are really trying to brainstorm."

More: 100 years ago, influenza killed as many as 50 million people. Could it happen again today?

Most of the parents and others who contacted the Governor's Regulatory Review Council about the vaccine education program were under the impression that they would be forced to take the course in order to obtain a personal belief vaccine exemption form. Many admitted they had not seen the course, but opposed it on principle.

Most of the emails did not identify where the parents live or where their children go to school.

Although the state never proposed the course be mandatory, wording on the state Health Department's website left that impression.

The feedback was discussed at a council study session on July 31. Six days later the state Health Department discontinued the course.

"Based on that feedback, we thought it best to take a step back and really re-evaluate how the course was designed and whether or not we needed to do more evaluation," Rigler said.

More than 200 pages of emails with public feedback about the vaccine education program were obtained by The Arizona Republic. Nearly all were critical of additional steps associated with getting exemptions to vaccine requirements.

"In my experience, parents who have a personal belief against vaccines have already performed countless hours of extensive research on the benefits and risks of vaccines," one parent wrote on July 26. "A one-sided video is not going to change their minds and therefore it is a waste of government resources as well."

The course appears to be an attempt to, "create an emotional response, creating fear and pressure in order to compel parents to vaccinate," one set of parents wrote on July 25. "Do lawmakers think we're stupid?"

Several parents sent the same letter that said requiring them to watch a video to exercise a personal belief exemption is "an inappropriate interference with parental rights as currently defined by statute."

One parent had the opposite worry: She wrote that she'd seen a post about the issue on Facebook, which is why she contacted GRRC. She vaccinates her children and is worried too many Arizonans are succumbing to anti-vaccine fear mongering, and that it's putting schoolchildren at risk.

The program was an attempt to prevent serious, vaccine-preventable disease outbreaks, Sunenshine said.

"All we wanted to do with the pilot was say, 'We're not going to make it harder, we just want to make sure you have accurate information when you make that decision,'" Sunenshine said.

"A lot of people don't see these vaccine-preventable diseases anymore. There's this sense that they are no big deal because they haven't seen them. They don't realize that before we had the measles vaccine in the 1960s we lost about 500 kids per year (in the U.S.) who died of measles."

The county health department has heard from families with children who are medically vulnerable when herd immunity is lost, officials said. In some cases, families are fearful of sending those children to school, Sunenshine said.

Nearly every school that participated in the pilot education program wanted to participate again, and other schools were interested in trying it, Sunenshine said, adding that schools field a lot of questions from parents that the online course addressed in a uniform, scientific way.