Months after attack and heart transplant, Fort Worth teen recovers at home for the holidays

The girl was attacked in April, so severely that doctors said she needed a heart transplant. That surgery happened in July. 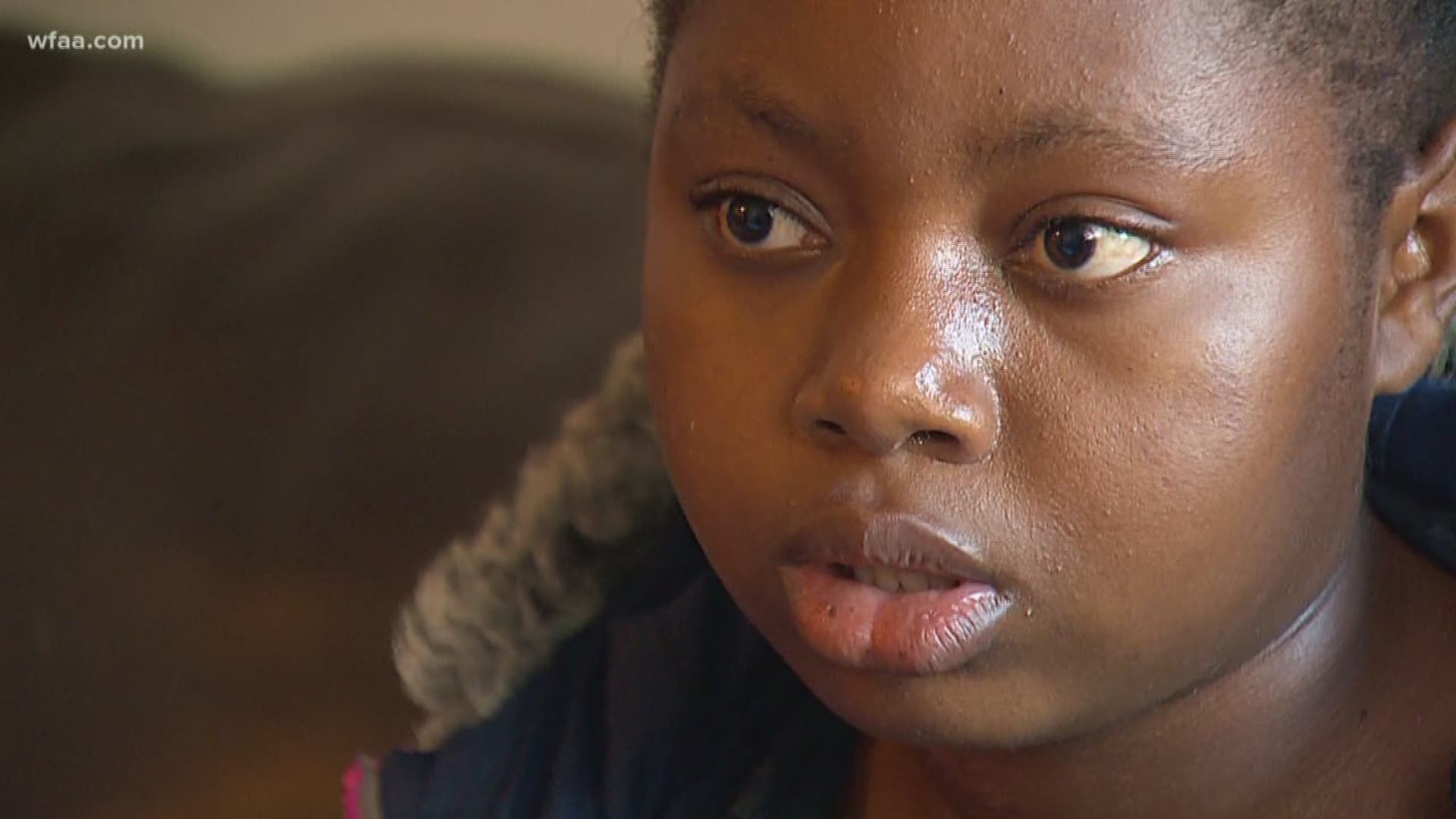 FORT WORTH — The girl was attacked in April, so severely that doctors said she needed a heart transplant.

That surgery happened in July.

Now, 13-year-old Dorika Uwimana is continuing her recovery at home, and may even resume school in January.

Dorika will likely have to take heart medication the rest of her life.

Her father says the mere fact she's still alive is a testament to her strength.

The family immigrated to North Texas from Africa in 2016, escaping a vicious civil war in Congo.

In April, the then 12-year-old was walking to school in west Fort Worth when she was randomly attacked.

Authorities later apprehended a Terry Wayne King II in Oklahoma. He's since been expedited to Tarrant County and still sits in a jail cell awaiting trial.

Dorika was choked so badly during the attack that her heart was damaged. Amazingly, she was able to get a transplant at Children's Medical Center Dallas by the end of July.

She was released a few months later, undergoing intensive rehabilitation and therapy.

Twizere wasn't sure his daughter would ever see another Christmas holiday. Instead of decorations, they've put up photos of her recovery for strength.

He said one of their social workers recently delivered clothes, shoes and gift cards as Christmas gifts.

"I want to say thank [you] to everyone, to the police, to the doctors and nurses. We have a lot to be thankful [for]" said Twizere.

He hopes to be able to eventually confront King in court, face-to-face.

"I need to see the face of this guy and ask some questions of him," said the father.