Work is expected to begin this year and last for five years. 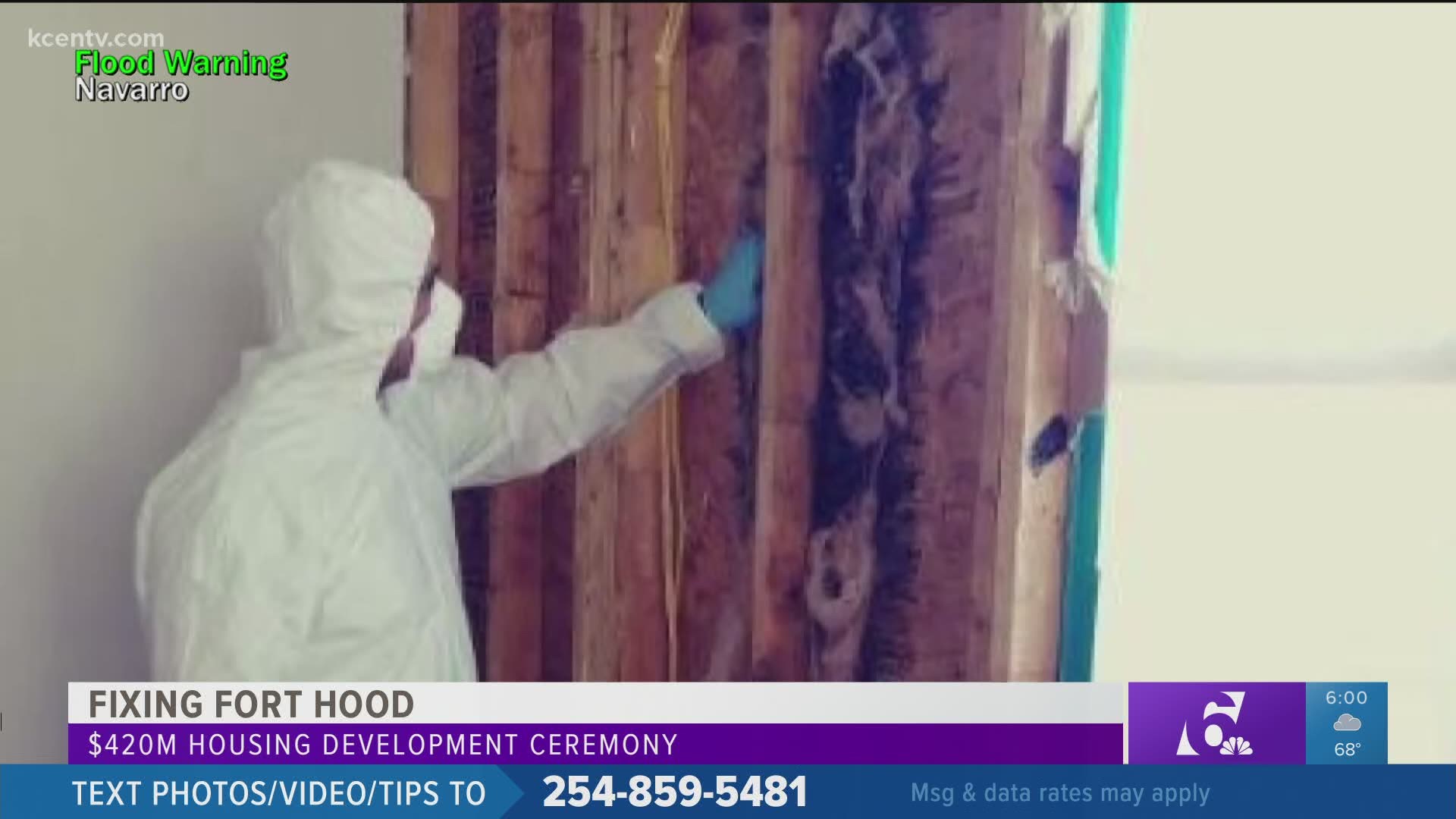 FORT HOOD, Texas — Fort Hood Family Housing (FHFH) will receive $420 million to be invested in the demolition of existing homes and the construction of nearly 600 new junior enlisted homes.

The money came in a check presentation from Lendlease Inc. Thursday morning on post. The event also included the demolition of two homes. Top generals and congressional leaders hosted the ceremony.

The money will also go toward roof replacements on more than 2,300 homes and medium renovations at more than 1,300 homes, according to FHFH which is a subsidiary of Lendlease.

"It's important that our communities meet the needs of today's Army families and future generations," said Phillip Carpeter, the CEO of Lendlease Inc. "This investment of private capital is an important step in allowing us to do so."

Lendlease announced the improvements on April 20 as part of a larger $1.1 billion development project to improve on-post housing at five military installations.

Carpenter said work will begin this year and be completed over the next five years. He added that $80 million will be invested after, bringing the total invested funds to $500 million.

Families living in the older homes have said they've found mold and other problems but always had trouble getting the issues resolved.

"We understand there's been friction in the past, but today is about tearing down the old and moving forward together," said Lt. Gen. Douglas Gabram, commanding general, Installation Management Command.