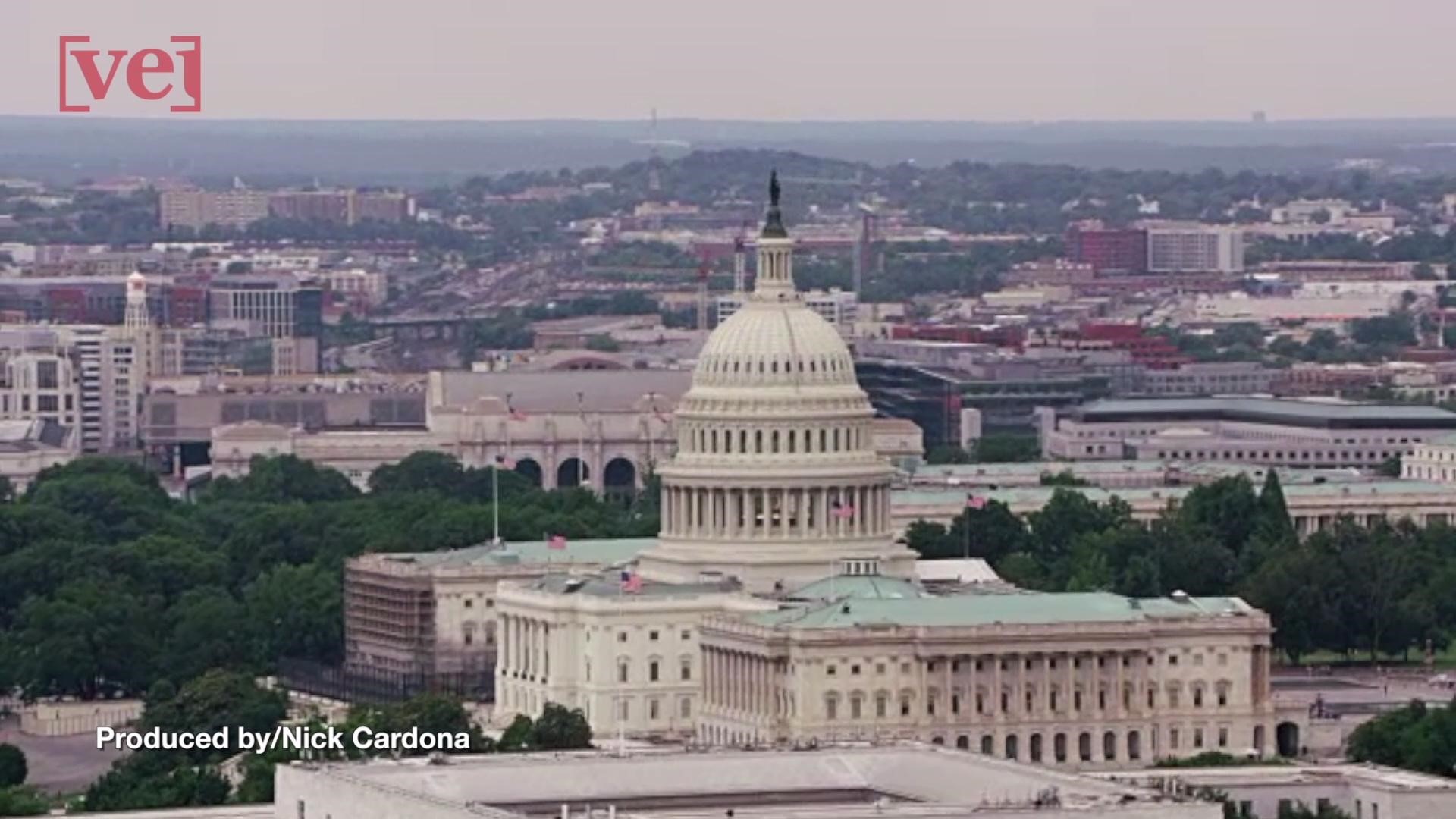 HOUSTON — The mother of a migrant toddler who died shortly after being released from the nation's largest family detention center sued the tiny Arizona city on Thursday that for years was paid by the U.S. government to run the facility in name only.

The lawsuit from Yazmin Juarez of Guatemala alleges that her 1-year-old daughter, Mariee, developed a respiratory illness at the South Texas Family Residential Center in Dilley, Texas, and medical staff provided inadequate treatment before releasing her three weeks later.

The lawsuit targets Eloy, Arizona, which collected $438,000 a year from U.S. Immigration and Customs Enforcement to officially run the 2,400-bed Texas facility for four years even though the city is roughly 900 miles (1,450 kilometers) away. Eloy then paid the private prison operator CoreCivic to operate Dilley, in an arrangement questioned by ICE's own lawyers.

Credit: AFP/Getty Images
US workers are photographed during construction of 32km of the border wall by order of US President Donald Trump on the border between Ciudad Juarez, Chihuahua state, Mexico and Santa Teresa, New Mexico state, US, on April 17, 2018. (HERIKA MARTINEZ/AFP/Getty Images)

Mariee's death in May underscored the complaints advocates have long had about medical care for detained immigrants, as the Trump administration has sought to detain more migrant parents and children for longer times.

At least nine infants under one year of age are currently detained at Dilley, according to lawyers who work with migrant families detained there. Legal groups filed a complaint Thursday with the Department of Homeland Security about what it described as an "alarming increase" in detained infants.

Democrats in Congress have called for investigations into Mariee's death as well as other recent incidents, including a woman delivering a stillborn baby while in custody last week and the deaths of two children detained by the Border Patrol in December after they crossed the U.S.-Mexico border with their parents.

U.S. Immigration and Customs Enforcement declined to comment on Juarez's lawsuit, but said it takes the welfare of detainees "very seriously."

"ICE is committed to ensuring the welfare of all those in the agency's custody, including providing access to necessary and appropriate medical care," the agency said.

The lawsuit alleges that Mariee developed a severe fever a week after entering Dilley on March 5, 2018. As her mother repeatedly tried to seek medical treatment, the lawsuit alleges medical staff at Dilley misdiagnosed Mariee's illness and did not prescribe the correct medication, before releasing both mother and daughter on March 25 and clearing them to travel.

Juarez took Mariee to an emergency room almost immediately, the lawsuit alleges. She remained hospitalized for the rest of her life, dying in May.

U.S. Immigration and Customs Enforcement opened the facility in 2014, during the administration of former President Barack Obama, so it could detain more parents and children together during a previous surge of migrant families trying to enter the United States.

ICE used Eloy to expedite the opening with so many migrants coming into the system. The agency modified an existing detention agreement with Eloy to quickly open the Texas facility.

Under the setup, ICE paid the Arizona city several million dollars per year, and it in turn funneled the money to the private prison company that ran the facility. Eloy kept a cut, to the tune of about $400,000 per year.

The pass-through arrangement was long criticized by advocates and the DHS inspector general, which said it violated budget guidelines and wasted money. ICE replaced Eloy last year with the city government in Dilley, which now collects the same fees.

Stanton Jones, a lawyer for the Juarez family, said Eloy deserved blame for what happened to Mariee "precisely because they did so little."

"Eloy never lifted a finger to exercise any sort of oversight or participation in the operation of the facility," Jones said.

Eloy city manager Harvey Krauss declined to comment, and it remains to be seen how much legal liability the city of nearly 20,000 people between Tucson and Phoenix will face.

CoreCivic agreed as part of the previous arrangement to assume any legal liability on Eloy's behalf. A CoreCivic spokeswoman confirmed on Wednesday that it will "defend and indemnify any lawsuits with respect to allegations related to the operations of the facility for which CoreCivic is responsible."

CoreCivic added that ICE "is solely responsible" for medical care at the Dilley facility.