Irvin, who played with the Cowboys from 1988-1999, revealed in the post that his father died from throat cancer at 51, and after Irvin had persistent throat issues for two months, decided to get tested. 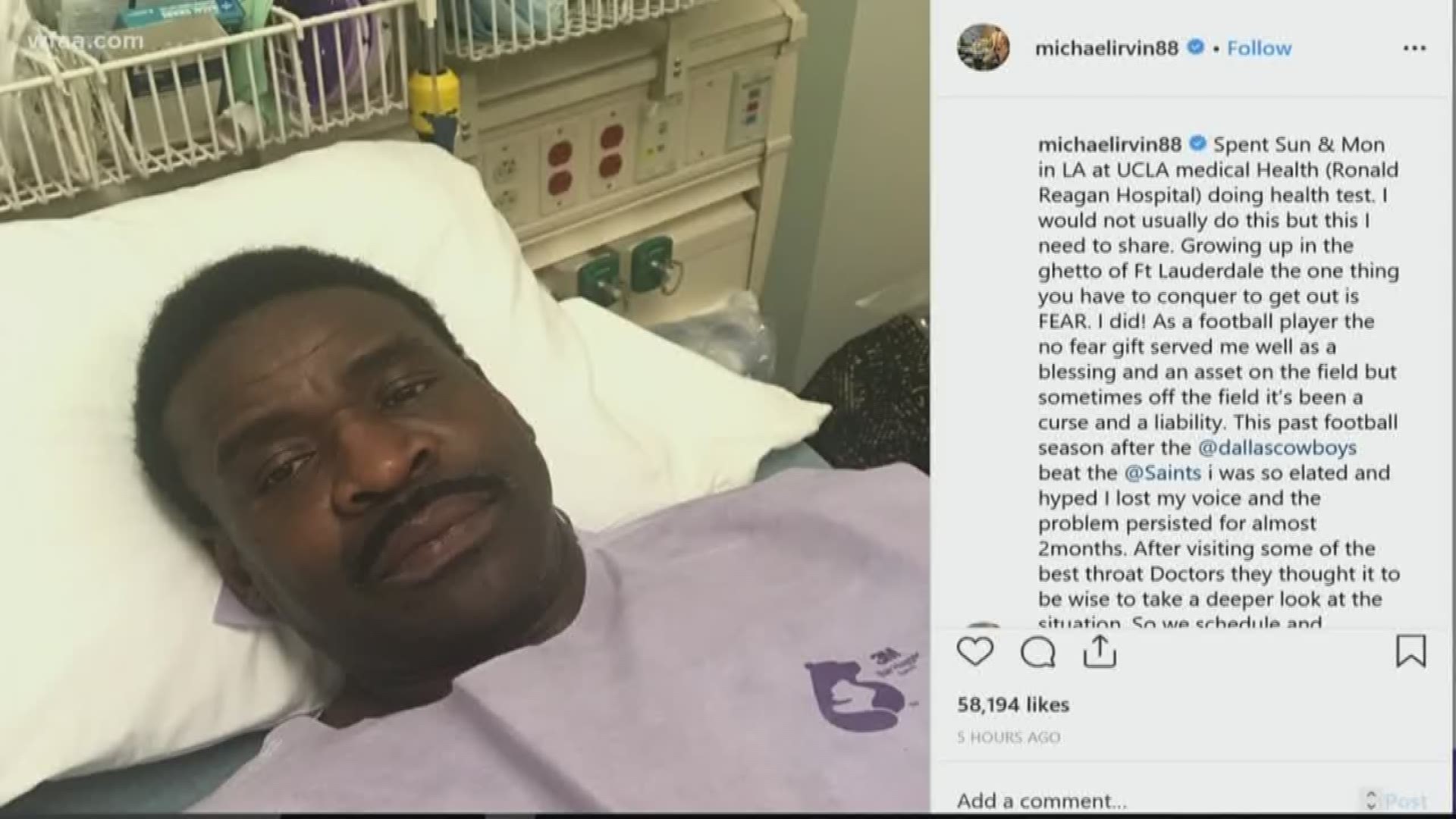 Former Dallas Cowboys wide receiver Michael Irvin posted a photo of himself in a hospital bed in Los Angeles on Instagram Tuesday, saying he is worried he may have throat cancer and has been undergoing tests for the disease.

Irvin, who played with the Cowboys from 1988-1999, revealed in the post that his father died from throat cancer at 51, and after Irvin had persistent throat issues for two months, decided to get tested.

As of this writing, Irvin hasn't been diagnosed with anything.

"Spent Sun & Mon in LA at UCLA medical Health (Ronald Reagan Hospital) doing health test. I would not usually do this but this I need to share. Growing up in the ghetto of Ft Lauderdale the one thing you have to conquer to get out is FEAR. I did! As a football player the no fear gift served me well as a blessing and an asset on the field but sometimes off the field it’s been a curse and a liability. This past football season after the @dallascowboys beat the @Saints i was so elated and hyped I lost my voice and the problem persisted for almost 2months. After visiting some of the best throat Doctors they thought it to be wise to take a deeper look at the situation. So we schedule and performed a throat biopsy. To give background I share with you that I lost my father at the young age of 51. He had throat cancer. This daemon has chased and vexed me deep in my spirit all my life. So saying I am afraid this time is a big big understatement. I AM TERRIFIED!! My Faith tells me whenever you face great fear you go to your greatness power. Mine is God. I am asking all who will. Could you please send up a prayer to help my family and I deal with whatever the results may be? Thanks for your thoughts and prayers in advance🙏🏾🙏🏾I will continue to pray for your fams protection and prosperity as well. May God Bless us all 🙏🏾🙏🏾"‬