North Texas product Kyler Edwards is living out a dream, playing for Texas Tech this weekend in the Final Four. And the whole family is in tow. 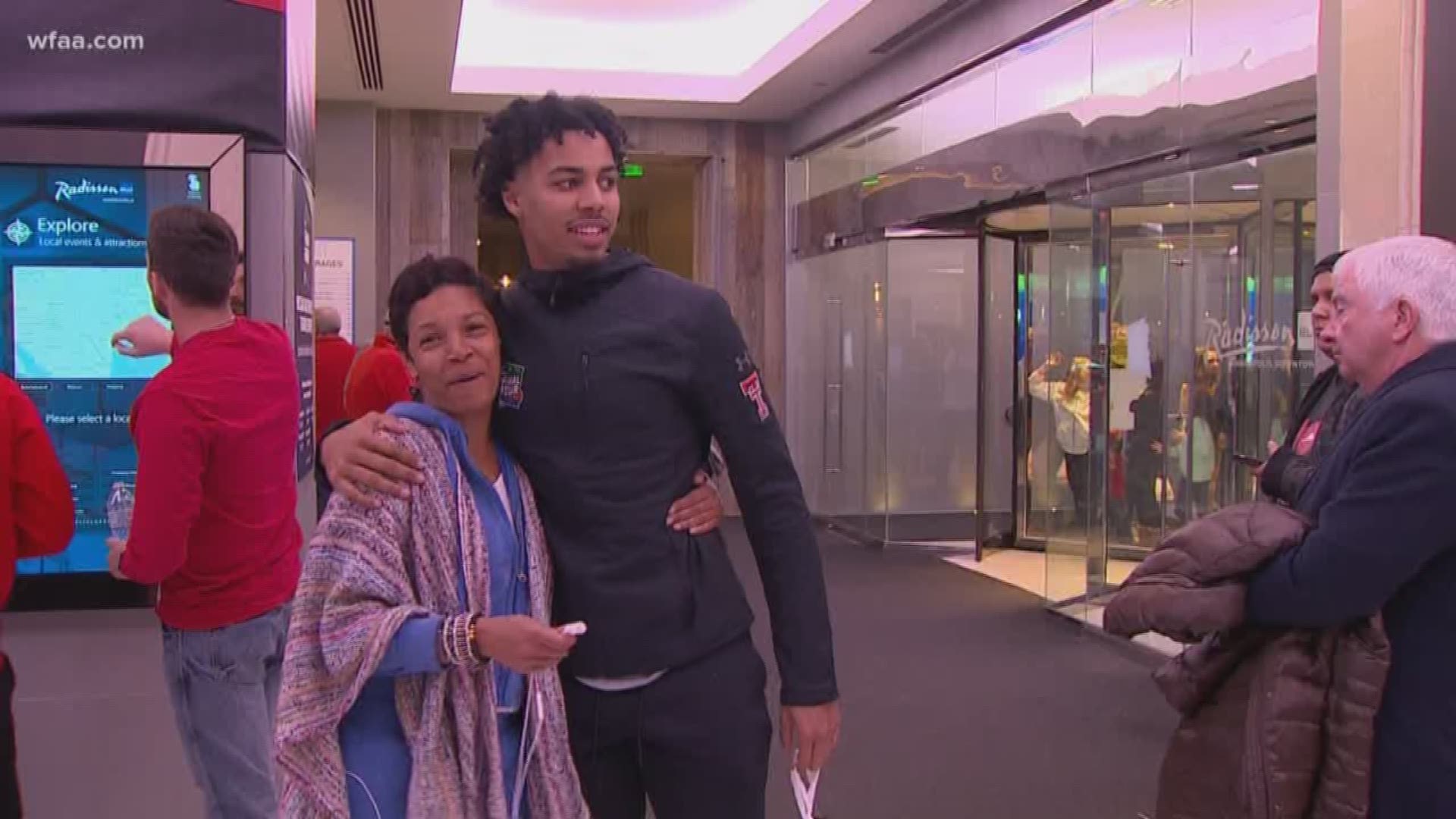 MINNEAPOLIS —
North Texas product Kyler Edwards is living out a dream, playing for Texas Tech this weekend in the Final Four.  And the whole family is in tow.

"Being in the Final Four, you cannot fathom this in your mind, you cannot put this together no kind of way," said his father, Kelvin Edwards.

Kyler's parents, brother and sister were all coming to Minneapolis for the weekend to see him play.

"It's always good, because you need a support system," Kyler said. "And when they're here, it gives you a little more confidence to go out there and execute your game plan."

Kelvin, who played for the Cowboys in the 80s, has just one question about what the Red Raiders will do with this opportunity.

"What are we gonna do with it? Do we eat fried chicken? Or do we eat steak?  Or do we go to the lobster house?" Kelvin Edwards said.

And if this moment wasn't overwhelming enough... their son is on a 15-foot tall poster outside the team hotel.

"I pictured this forever," his mom, Lori Alexander, said. "I started him out as a little peewee. I was Coach Jazzy at the YMCA, so this has been our dream to see him play on this level."

And despite the hype surrounding a Final Four,  Alexander is just focused on one thing this weekend: