Meet Gypsy and Monaco, the bobcats living with a North Texas couple

The McAllisters got to fulfill a life-long dream of owning bobcats now that their two grown children have left the home. 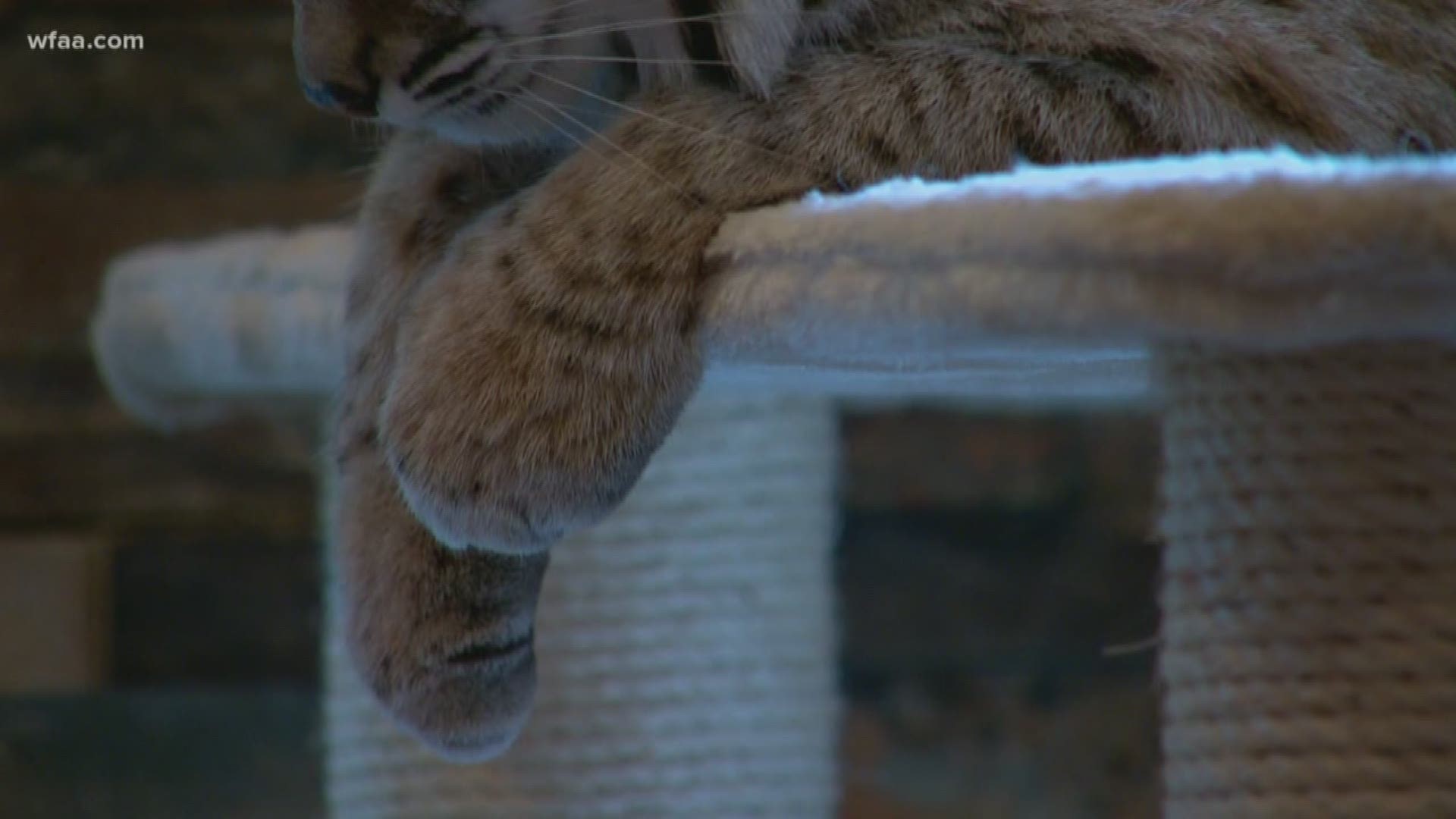 Mick McAllister vividly remembers being 8 years old and asking his aunt if he could keep a baby bobcat he found in a nearby shed. Ever since then, Mick had this fascination for bobcats.

McAllister and his wife, Melissa, got to fulfill a life-long dream of owning bobcats now that their two grown children have left the home. They have two female bobcats named Gypsy and Monaco.

"They don't give you trust. It is a crazy earned trait," Mick McAllister said.

If you enter their living room, you'll find the cats perched high up on the window sill. Gypsy is twice as small as Monaco, but she's the alpha. The trust Mick and Melissa have with the bobcats was earned over several hard months. The two bobcats were declawed, hand-raised, and bottle-fed their entire life. The cats never knew the wild. When their first owners didn't want them, the McAllisters did.

"Most of the cats that come to us come to us because people have gotten in over their heads," said Val Marler of the National Bobcat Rescue and Research Foundation.

It is a sad reality at the largest bobcat rescue in the country in Terrell. Some cats can't be released because they are too connected with humans. Releasing them would result in them finding unsuspecting people out of curiosity. Val Marler said the McAllisters are their first private adoption and for a reason.

Mick and Melissa said they spend close to four hours a day playing with them. These cats are super active and need to stay active. Mick said that is usually the biggest difference between good and bad owners: the willingness to invest time in the cats. Melissa said if the cats aren't active, they get stir-crazy and that's when they can be destructive to the home.

They admit there have been some scratches and gentle bites along the way. In the couple hours WFAA spent with the family, we learned the cats are very active, very territorial, and fiercely loyal. Their food costs $400 a month. It is a mix of chicken, steak, pork, shrimp, salmon, and several other items.

"Mick and I are the first people to tell you that we don't think these cats should be bred," said Melissa.

Mick and Melissa both say owning a bobcat is NOT for everyone. If anything, they do not recommend people attempt to own bobcats unless they truly know what they're doing and if the home-situation allows for it. Bobcat stories are rarely positive. It's always about them invading our space when we moved and built on theirs.

Bobcats are misunderstood creatures, but there is no misunderstanding the safe space the McAllisters have for Gypsy and Monaco.

Click here to the National Bobcat Rescue and Foundation. The group is always looking for funding avenues to maintain its operation. At present the center has more than 70 bobcats and more than 2 dozen cannot be released into the wild because of their human-imprint.