Opening a record store was a lifelong dream imagined. "I feel like anything worth doing should be scary or else it's probably not going to make it," said Scott. 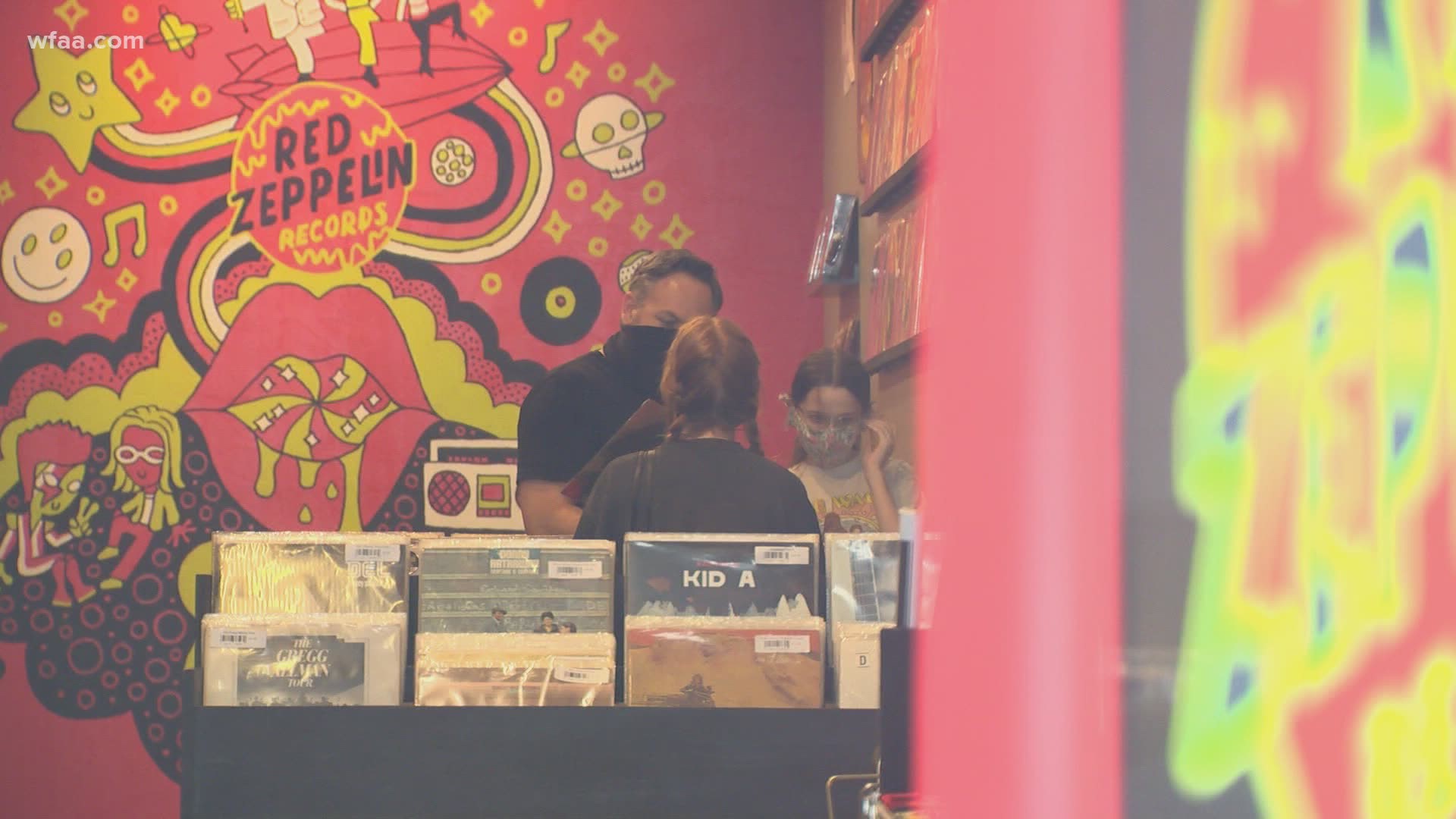 Katie Scott had always dreamed of opening up a vinyl record store. The former school teacher already owned The Groovy Coop, which is a traditional vintage shop right in the heart of the McKinney Town Square.

More than a month and a half ago, Scott was presented with an opportunity, she said, she simply couldn't pass up.

The pandemic has taken a toll on small businesses throughout the country and McKinney was no different. When a space opened up for lease, Scott jumped at the opportunity to fulfill her dream.

"There is so much going on right now, and here's this wild and crazy idea to start a record store," said Amy Rosenthal of the Main Street and Performing Arts Center.

But "wild and crazy" just might work in these times. Scott said she took over a location where a business had been for 12 long years.

"I feel like anything worth doing should be scary or else it's probably not going to make it," said Scott.

Her shop Red Zeppelin Records features vinyl records and CDs of all musical genres. Scott said the store carries an eclectic array from reggae to pop, to country, rap, and of course, rock.

"[Music is] like a universal language that people can understand and relate to," said general manager Bayleigh Cheek.

Twenty shops have transitioned out of McKinney's Town Square in the last several months. It is hard to determine which shops were lost to the pandemic. But what is clear is the increasing number of "space for lease" signs that have popped up downtown.

"Here is someone that has enough chutzpah to start a new business. It's music to my ears...no pun intended," laughed Rosenthal.

Rosenthal said she admires people, like Scott, who have that entrepreneurial spirit and energy to fuel them during these tough economic times.

Scott told WFAA that every since they opened last Friday, they have had non-stop business.

Scott said Red Zeppelin Records is near complete. She feels her full vision for the store is about 80% done. The hope is to have a real grand-opening in the coming weeks.

"There's music for every mood, whether you're sad or you're happy," said Scott.