If they win it all, he will have to fork out millions of dollars in refunds to his customers. 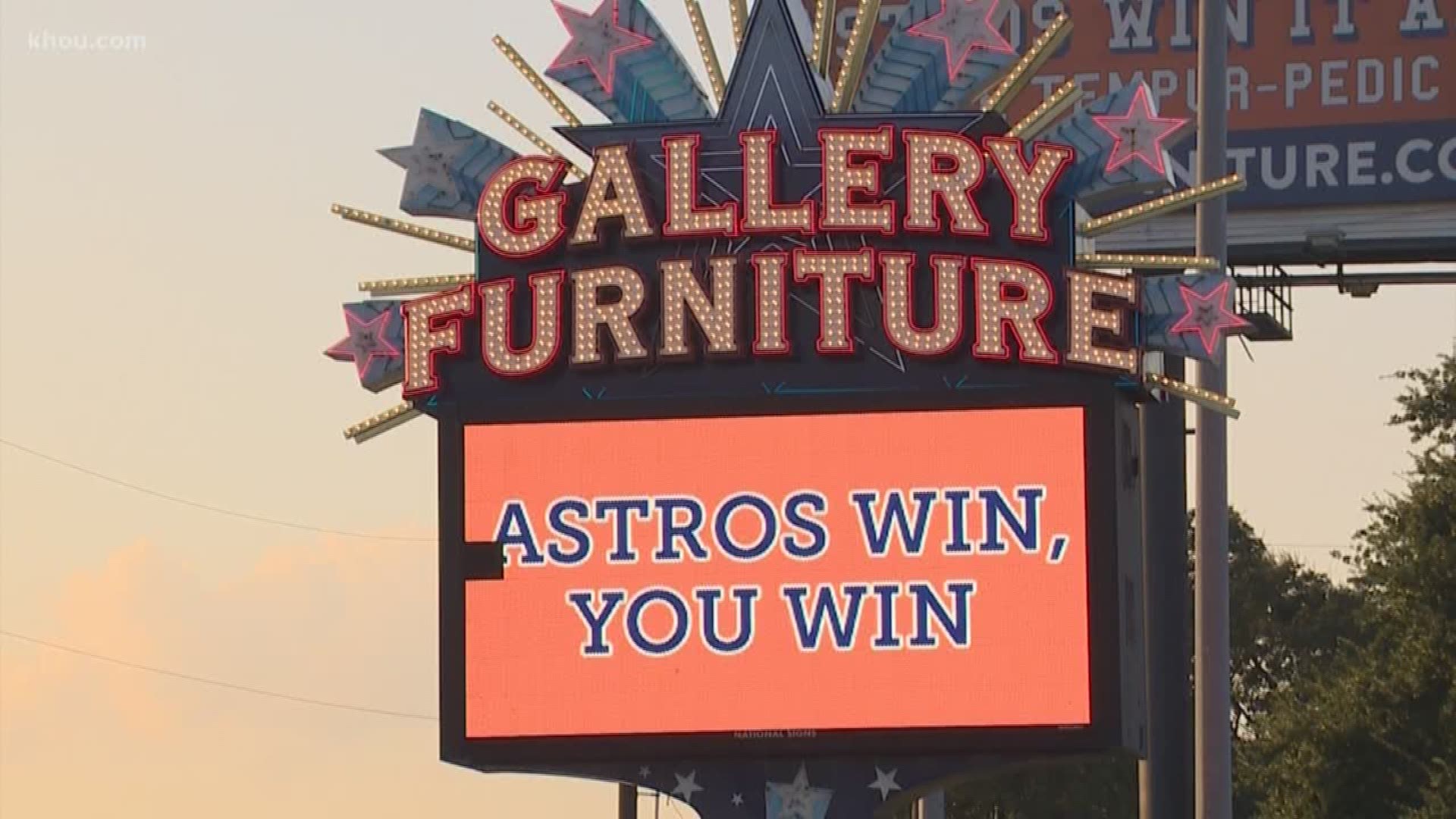 HOUSTON — Jim “Mattress Mack” McIngvale of Gallery Furniture has a lot riding on the Houston Astros winning the World Series.

If they win it all, he will have to fork out millions of dollars in refunds to his customers.

It’s a mattress-selling promotion like the one he had two years ago.

It’s forcing him to become a gambler. He is literally hedging his bets to offset all those refunds.

When Jose Altuve hit that walk-off homer Saturday night, McIngvale was not at the game. He wasn’t even in Houston. He was in New Jersey where he had traveled to place a bet.

"I'm betting on the Astros all over the country at legal sports betting venues to make sure customers get their money back in 2019,” says McIngvale.

He adds, "This promotion works because we did it in 2017 and we gave back around 13 or 14 million dollars that year and they know we're gonna stand by what we say."

McIngvale seems to enjoy his mattress promotion and all the betting he has to do. But he says his wife is getting a little stressed out.

"She's not as aggressive as I am, so she'd rather be more conservative, she doesn't sleep very well at night, worried about all this, but I got a Tempur-Pedic, I sleep great every night,” says McIngvale with a chuckle.