"The Mooney Nation runs deep! The Mooneys are everywhere!" 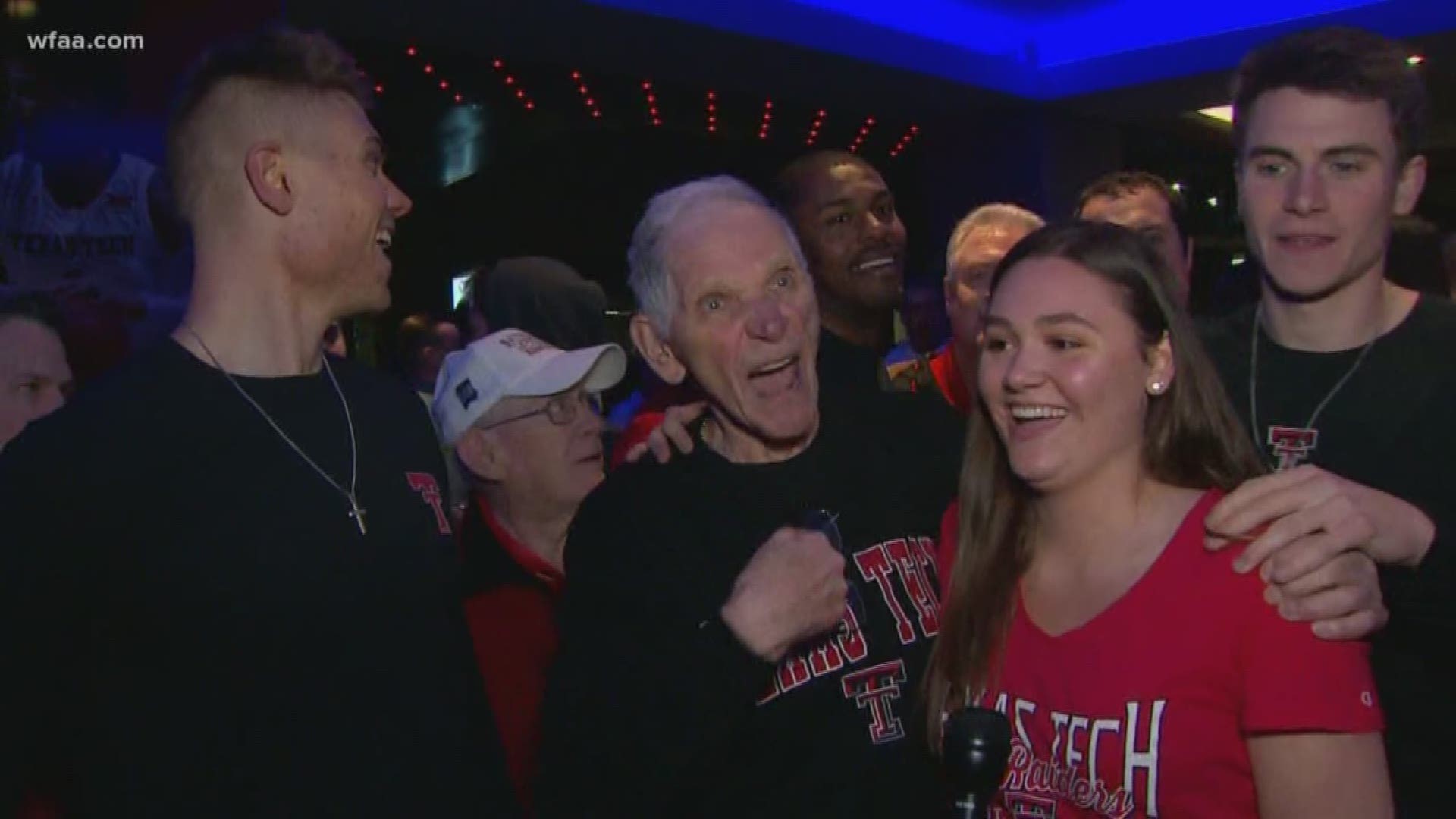 The welcome back to the team hotel Saturday night was raucous, especially for the family of the game's biggest star.

And as Tech fans welcomed the team back to the hotel Saturday night, who do we run into but Matt Mooney's family.

"His brother!  His sister!  His grandpa!" Mooney's grandfather said excitedly.

The whole Mooney clan in tow.

"The Mooney Nation runs deep! The Mooneys are everywhere!"

"It seems unbelievable," Mooney's mother said. "I just kept looking at my boys and my family like, 'Is this really happening to us?'"

Mooney took the game over early in the second half, and his family could see it coming.

But it was maybe Grandpa who enjoyed the moment the most.

Mooney said his grandpa supported him even in high school.

"My grandpa, he sat at every one of my practices in high school," Mooney said." "[I'd be] coming out of school, and the other students were like, 'Hey man, your grandpa's in the gym,' and it would be like 3 o'clock. But no, it means the world to me that they've supported me all along, and they've been there for me all along."

A whirlwind for a big family, prouder than proud of their brother, grandson, son, pushing the Red Raiders to the title game.

"I cried for the last five minutes, cuz you just feel it." Mooney's mother said Saturday night. "I just can't wait to hug him. I haven't seen him yet!"

You can bet mom has had a chance to see him, and give him that hug by now. It's just a little extra motivation to show out on Monday night, too, and maybe just bring home a championship.