An Arizona man who threw out all his food and committed himself to walking to the local Walmart and back every time he wanted a meal has lost more than 300 pounds. 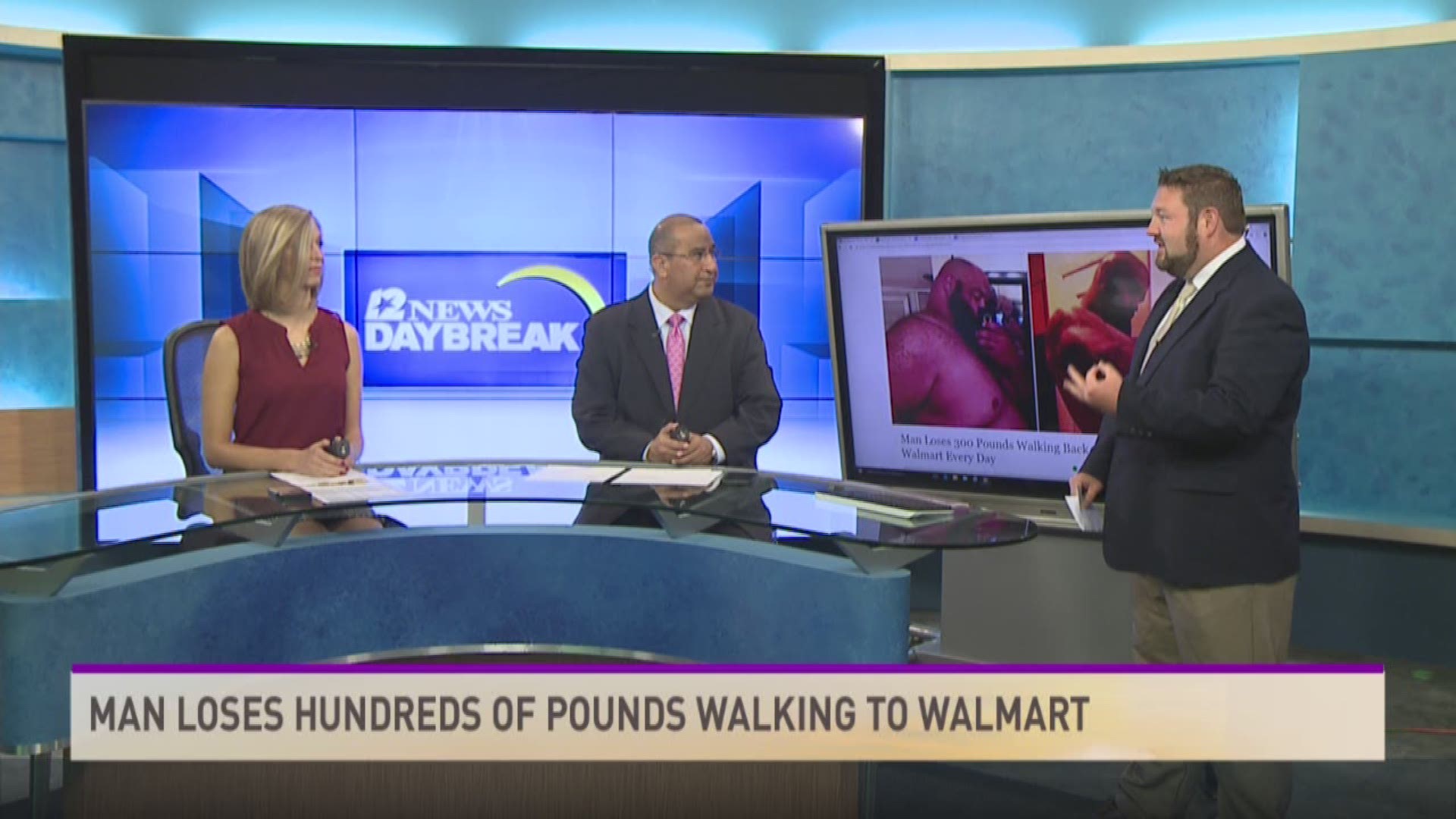 An Arizona man who threw out all his food and committed himself to walking to the local Walmart and back every time he wanted a meal has lost more than 300 pounds.

Pasquale “Pat” Brocco, 31, began to change his life three years ago when he was warned by his doctor that his weight of 605 pounds and his high blood pressure and high cholesterol put his life in serious danger.

Brocco went home from that appointment and took a photo of himself in front of a mirror.

"My stomach was down to my thighs. My chest was hanging down here," he told ABC News, pointing to his stomach. "I was disgusted."

The Avondale man decided that every time he was hungry, he would walk the 1 mile to his closest Walmart, then back home to eat his meal. In less than two years, he said, he lost 200 pounds.

"You walk to Walmart three times a day, and you end up walking 6 miles," he said. "It's amazing because I never walked 6 miles in my life, and I was doing it every day."

Brocco put foods like vegetables, meats, sweet potatoes, quinoa and steel-cut oatmeal into his diet and took out the foods he learned over time were hampering his efforts.

"Once I figured out dairy was my downfall, I took it out of my diet, and instantly I started losing weight again," he said.

Brocco graduated from walks to Walmart to incline walks on a treadmill at a gym. He began lifting weights and using gym equipment he previously could not.

Now 330 pounds lighter, Brocco said his nickname is no longer Fat Pat. As Possible Pat, he hopes to be a role model for his 1-year-old son.

"I'm setting an example for my son so he can be Possible Pat too," Brocco said, in tears.

Because he lost so much weight, he had to have about 30 pounds of excess skin removed. He underwent the surgery on Monday and is now recovering at home. The procedure was performed by Dr. Remus Repta, a plastic surgeon.

Below are Brocco's pre- and post-weight-loss diets for a typical day: