Marge McConathy was told it would take more than 30 days for her 8-year-old Doberman's ashes to be returned. 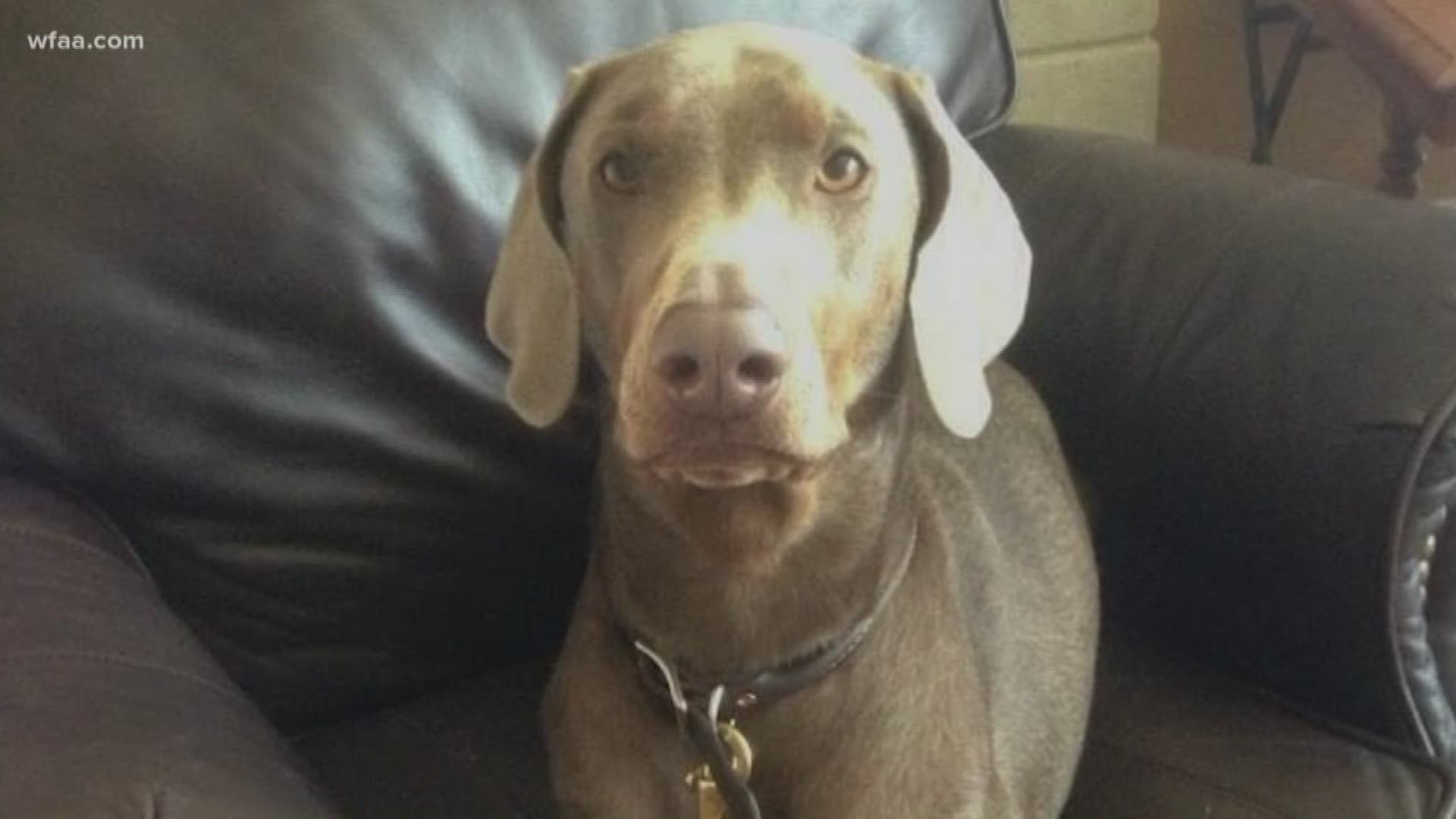 MCKINNEY, Texas — Marge McConathy took it hard when she lost her 8-year-old Doberman named Stella. But she said the dog's death was made harder by the company trusted to return Stella's ashes.

Stella died on May 19th, and McConathy took her to an emergency clinic that was contracted with the Pet Loss Center of McKinney for cremations.

The Pet Loss Center has come under scrutiny by the neighbors who live in New Hope.

"You can't do anything without holding your nose. It's horrible," neighbor Johnny Petway said.

Petway said the neighborhood has complained for months about the smoke and the smell coming from the crematorium. McConathy was not aware of any of those issues until she realized it was taking a lot longer than normal to get Stella's ashes back. McConathy said she called in to the Pet Loss Center every day about her dog.

"She said, 'Ms. McConathy, Stella is still going through her journey, and it will take another 30 days until she has completed her journey.' And I said, 'Save it! I'm coming to get my dog!'" Marge recalled telling the Center representative on the phone.

It had been 17 days since her dog had passed and still hadn't been cremated. Marge says it was a process that normally took five to six days.

"I think they're overwhelmed by far. They can't keep up with the dogs they're bringing in," Petway said, adding that the last couple weeks have been especially brutal. He said deceased animals had been put in bags and stacked out front of the building for an entire week.

WFAA could not confirm with the Pet Loss Center whether animals were left out front.

McConathy came with a friend to the Center to get her dog back. She said a representative with the Center said Stella could not be found at first. Then the company vice president reached out to McConathy via phone and told her there is a timeline to retrieve the dog once dispatch is notified.

"Her condition was just horrific. She was totally decomposed and beyond recognition," McConathy said.

WFAA was sent the following statement by CEO Peter Gudmundsson of The Pet Loss Center:

“The loss of a pet is devastating. We want to extend our sympathies to all the parents that have lost their pets. In late April The Pet Loss Center experienced a propane gas leak that severely impacted operations for over a week as we had to take equipment offline due to safety and environmental reasons. With the deployment of additional trained team members and modified operations we anticipate returning to normal timing by late June. Our equipment is not broken, but it was not turned back on until the propane gas leak was fixed due to safety concerns. Due to the delays we have experienced the additional refrigerated trucks were used to take pets (after paw prints have been taken) that will be communally cremated to another one of our other facilities. Refrigerated vans or trucks are always used to bring pets in and out of our care. We pride ourselves on treating all pets and pet parents with the utmost respect and dignity.”

McConathy says her dog was found five hours after her inquiry. She took the dog to another crematorium where ashes were returned 24 hours later.

"Pets are like your family," McConathy said. She said no pet parent should have to endure what she said she went through. Marge said she was told a different story about why the delays were happening every time she called to ask about her dog.

She also said she has little confidence in the company's statement on what happened.