The Texas Hemp Convention at the Kay Bailey Hutchison Convention Center in Dallas runs from January 28-30. 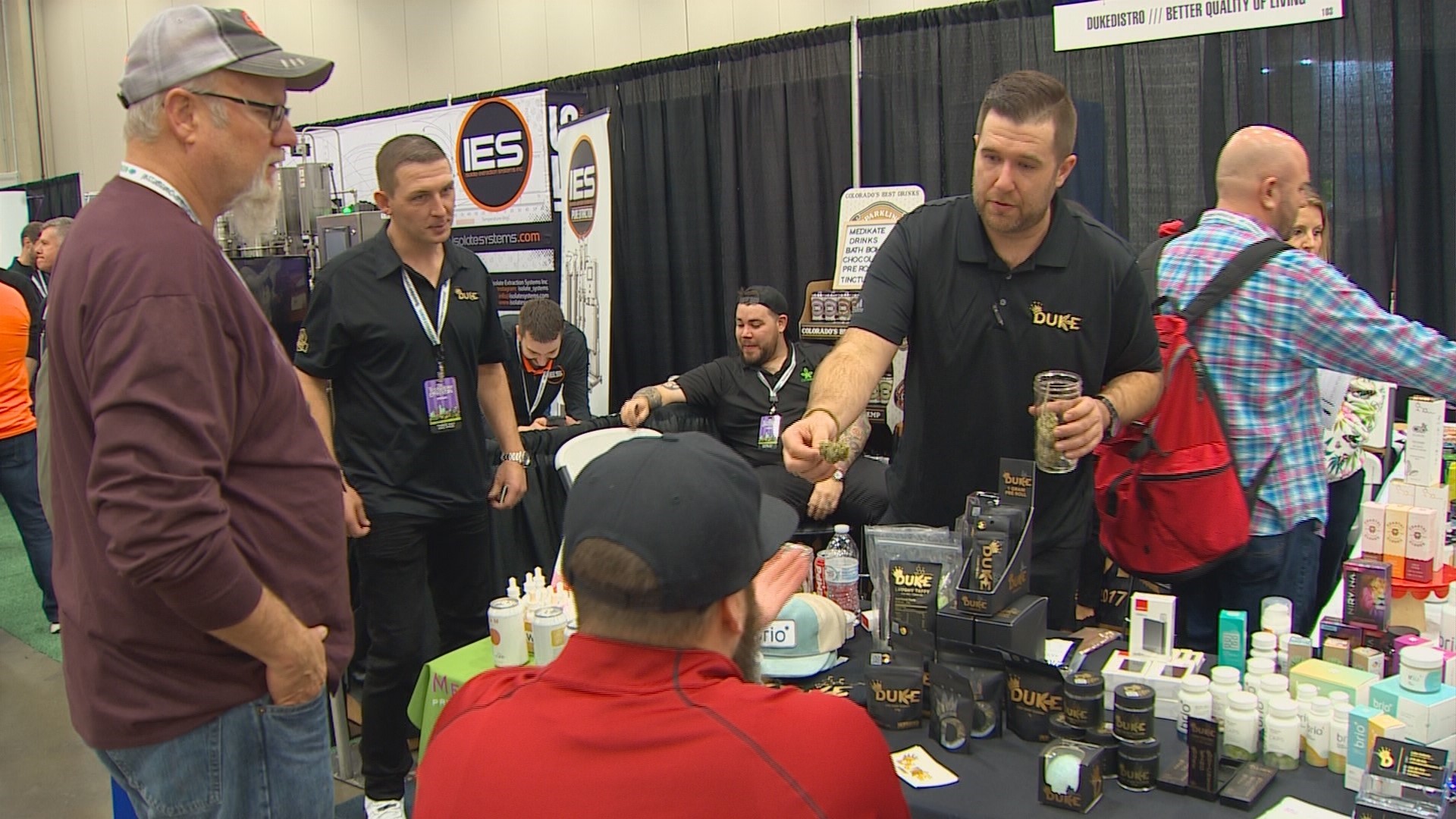 DALLAS — John and Lucinda McTear are celebrating their 29th wedding anniversary at the Texas Hemp Convention in Dallas.

The couple from Louisiana admits they don’t know much about hemp. They had never tried any CBD products before this week. But, they decided to attend the convention in a desperate search for pain relief.

“I was injured in the Gulf War, where I obtained some neck and back injuries,” John McTear said. “I don’t want to become addicted to opioids, so we’re trying some natural healing remedies to see (if we can) eliminate the pain that we’re living with.”

For some visitors, like the McTears, the Texas Hemp Convention is an opportunity to learn about hemp and CBD products.

CBD is one of many compounds found in the plant that both hemp and marijuana come from. But only hemp is legal, because it has less than .3% THC, which is the compound that gets you high.

Others, like Kaden Taylor, see hemp as an investment opportunity.

“I believe in it, because it worked for me. And so, I’m trying to help others through (my) stores,” Taylor said. “(Hemp is) becoming more popular by the day. So it’s still growing. I don’t see a ceiling for it for a long time."

Taylor owns and runs CannaHandle CBD Products with locations in Oklahoma and Kansas.

“I came to (the Texas Hemp Convention to) meet new vendors to potentially bring their products into my store,” Taylor said. “Just to see if there are any new products out there. See if anybody’s created anything new. Add CBD to something that nobody’s thought of yet.”

Convention vendors are offering a wide range of CBD products from edible items to topical creams. In addition, there are presentations and informational sessions that visitors can attend at the Texas Hemp Convention, which ends Thursday.

Austin attorney Cameron Field gave a presentation on regulatory issues in the hemp industry Tuesday. He said big changes are happening in Texas this year.

“2020 is really exciting for Texas because it’s the first year that hemp is going to be grown here since it was put on the controlled substances list about 40 or 50 years ago,” Field said. “It is the first year that we’ll likely see hemp seed grown in the ground and products that are then generated from local Texas farms.”

RELATED: Is it legal? Texas crime labs to begin THC testing to identify hemp vs. marijuana

According to the Texas Department of Agriculture website, the TDA "anticipates the hemp growing permit application process will begin in early 2020."

“Right now, you might see CBD stores all over the place: All those products are still being imported in Texas from other states where hemp has already been legalized to grow. So Texas will be growing hemp for the first time this year in 2020 for the first time in a long time.”

The Texas Hemp Convention at the Kay Bailey Hutchison Convention Center in Dallas runs from January 28-30. For tickets, click here.