While democrats seek impeachment in Washington, these DFW women voiced their support for the president in a unique way. 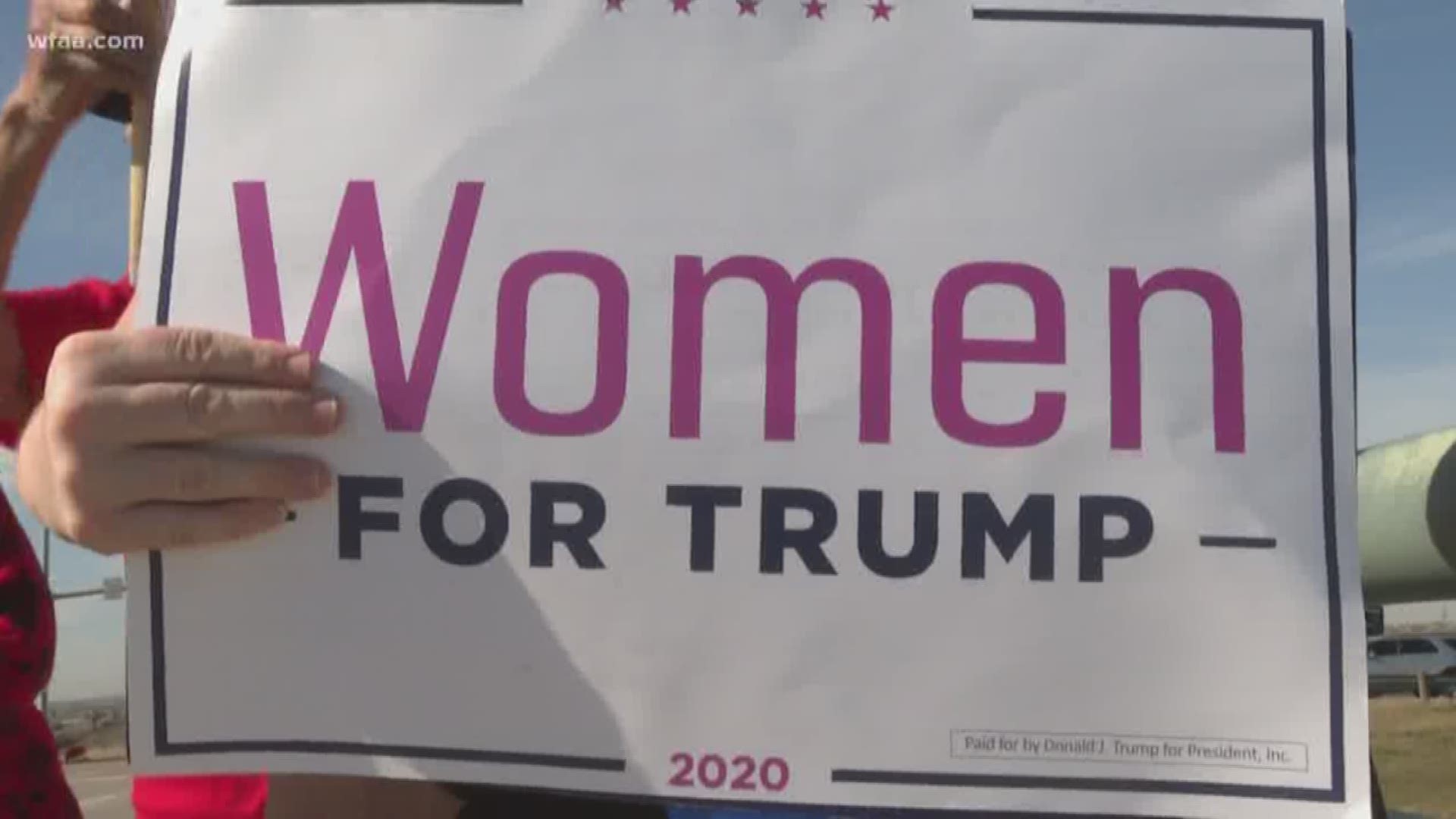 FORT WORTH, Texas — Their voices struggled to compete with passing traffic, but their message was loud and clear.

Marie Howard and about a half-dozen other demonstrators with the United Republicans of Tarrant County held signs and flags in support of President Donald Trump over Interstate 35W Tuesday morning, as hundreds of drivers honked in support.

“I’m out here supporting Trump, in protest of what’s going on in Washington, D.C.,” Howard said.

It happened at the same time public hearings into the president’s impeachment inquiry were happening in the nation’s capital.

“It’s just a total smear campaign to try to convince as many people as they can that he [has committed] high crimes and misdemeanors, and so far they’ve not been able to prove it,” Howard said.

Proving it is exactly what Democrats in D.C. say they are doing through the hearings, as multiple witnesses have come forward and testified the president was in the wrong when he asked the Ukraine to investigate his political rival Joe Biden.

If the House does move to impeach the president, the Senate would decide whether to remove him from office.

It’s unclear if any of that will happen. That’s why the overpass demonstrators say there’s only one thing that matters going into 2020.

“Vote vote vote,” one of them chanted into traffic.