The lawsuit's primary goal is to declare a state charge of "riot participation" unconstitutional. 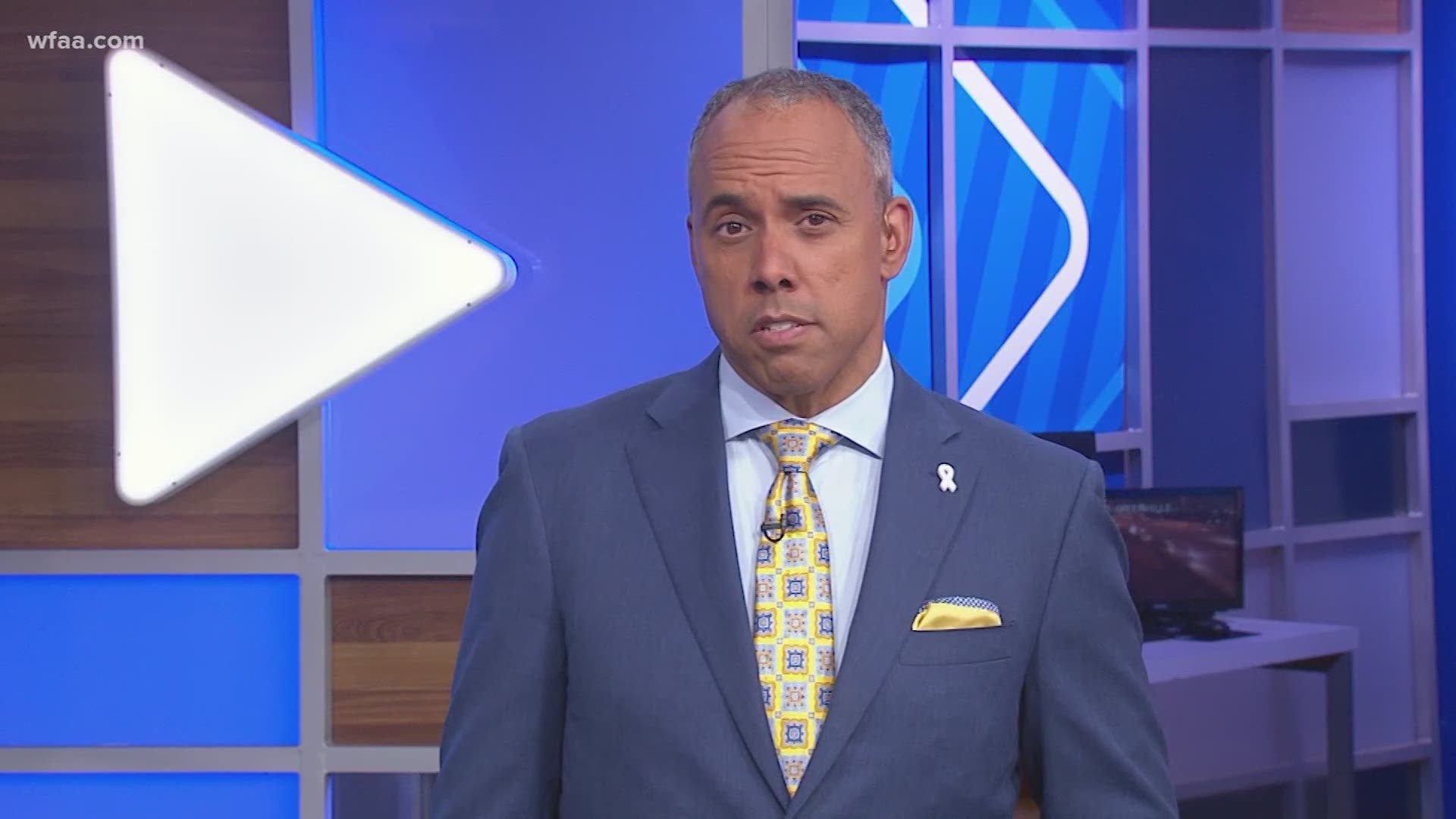 DALLAS, Texas — Three women who were arrested in Dallas as they protested the death of George Floyd are now taking both the city and Dallas County to court, in hopes of doing away with a state law that resulted in dozens of protesters being jailed.

The lawsuit was filed in a federal court last Tuesday and is a class action suit.

The class-action nature of the suit leaves the door open for many other protesters arrested under similar circumstances to join.

Their demands, which are laid out in the suit, do not center around monetary relief.

If successful, the three women want a federal court to declare a state charge known as "riot participation" as unconstitutional.

Among other things, they demand use-of-force training and de-escalation tactics for every law enforcement officer employed by the city and Dallas County.

'I was arrested for something that is our right to do.'

Dobbins is 55 and accompanied her teenage daughter to a May 30th protest in Dallas.

Joining the protest was her daughter's idea, Dobbins told WFAA. Her main goal as a mother was to go and watch over her.

But as the protest headed towards I-35 E, the lawsuit reads that police began to fire non-lethal projectile rounds into the crowd.

Dobbins told WFAA that she and her daughter were separated for a brief moment and that she began filming a man who was having an encounter with police.

"As Ms. Dobbins yelled for her daughter," the suit reads, police surrounded her and arrested her for obstructing a highway even though the lawsuit reads that she was nowhere near the highway at all.

"I was arrested for something that is our right to do," Dobbins said tearfully.

"For my daughter to stand there and scream while seeing me be arrested was traumatizing."

Dobbins was booked into Dallas County jail. She herself is a former county employee, retired after working with Parkland Hospital.

"We all relied on each other's strength to get us through the night because the treatment we received inside the jail was very disheartening," Dobbins said.

The lawsuit reads that Dobbins was denied a cup of water by a jailer who told her, "You should have thought about that before you came down here to protest."

Dobbins told WFAA that she and other inmates had to drink out of the sink.

The 55-year-old has never been arrested in her life.

"It's still very emotional. All my life, I've tried to be a good citizen."

'I felt like I was going to be made an example of.'

The area attorney attended a protest in downtown Dallas as an unofficial legal observer to diffuse tensions and discourage provocations between Dallas police and protesters, the suit reads.

Nordyke told WFAA that she was on Young Street in front of the city hall when an officer pointed a weapon at her.

It's not specified in the suit if it was a non-lethal weapon or a gun.

Nordyke said that she went to sit down in front of the city hall.

"At that point, I realized that this was serious. This felt like a warzone," Nordyke said.

While she was sitting, Nordyke said that an officer in riot gear came up to her and said she was being arrested for not following instructions.

Unaware of what commands she hadn't followed or may have not heard (many of the officers were wearing gas masks per Nordyke) she questioned what she did wrong.

"An officer told me that I didn't get out of the way," Nordyke said. "But there was no one around me."

Nordyke was charged with riot participation, however, in the video that WFAA shot, it doesn't appear that Nordyke is a threat at all.

All three cases involving each woman were ultimately dismissed by the Dallas County District Attorney's Office.

Attorneys David Henderson and Jay Ellwanger said that's a win, but they want even greater change to follow.

Both attorneys feel like the state charge of "riot participation" provides police too much power, being able to punish many for the actions of just some.

"They didn't do anything wrong," Henderson said. "The biggest concern we have for this case is that the blue shield has no jurisdiction."

Ellwanger said that the law hadn't be challenged in 40 years.

Both hope that their efforts spark similar challenges in states with similar laws.

By WFAA's count, at least 35 people were arrested for riot participation during the first week of protests surrounding George Floyd's death.

The City of Dallas, The Dallas Police Department, and the Dallas County District Attorney's office declined to comment on pending litigation.