Woman dead after struck by train in Denton, police say

Robertson Street was closed as authorities responded to the incident. 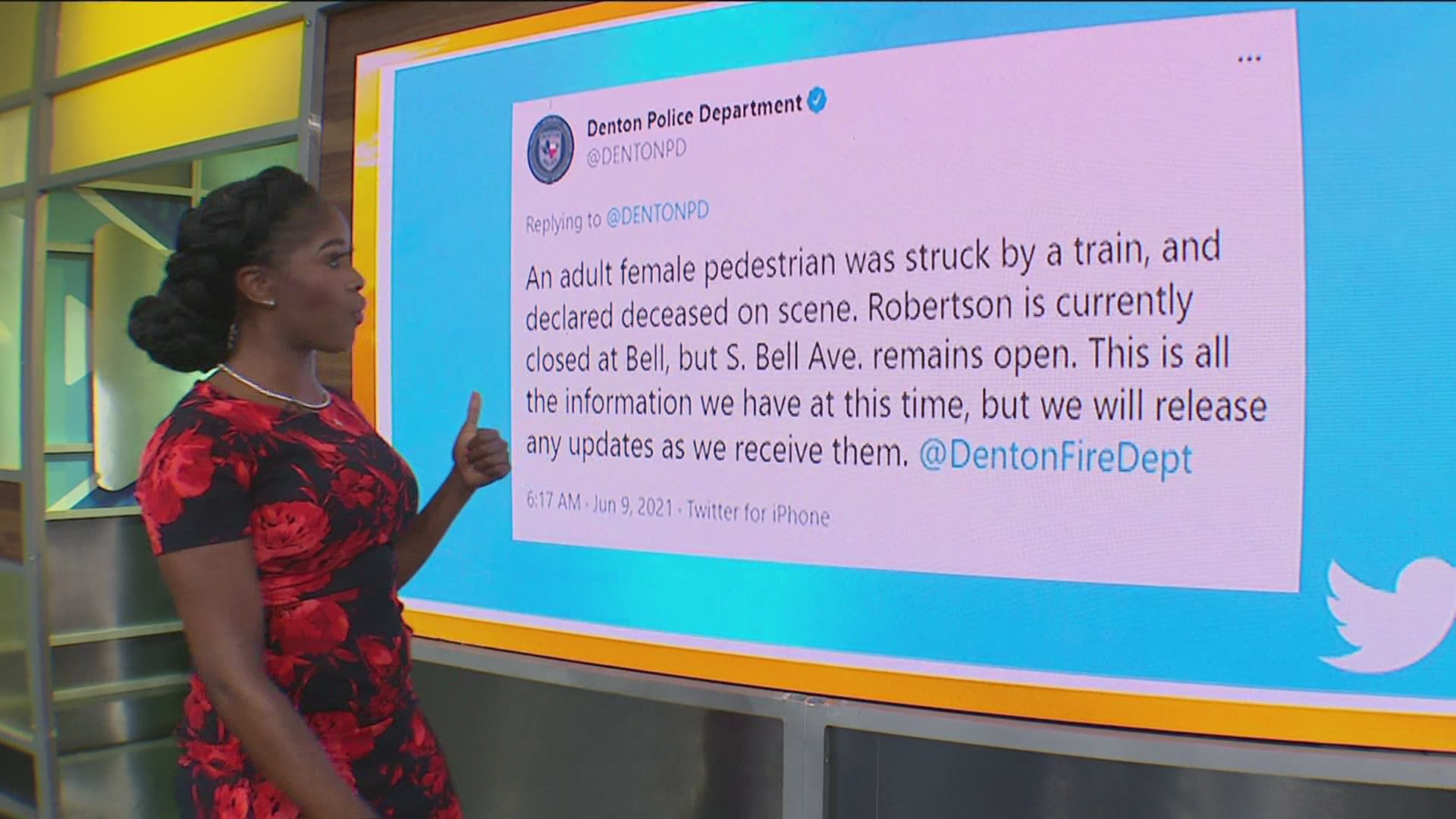 DENTON, Texas — A woman died after she was hit by a train, Denton police said Wednesday morning.

There was a large police presence near the intersection of South Bell Avenue and Robertson Street as authorities responded to the incident, and Robertson was closed to traffic.

The woman was hit by the train and declared dead at the scene, per police.

Officials have not yet released any additional information.