Sheriff Robert Chody said he did not know of the alleged practice. 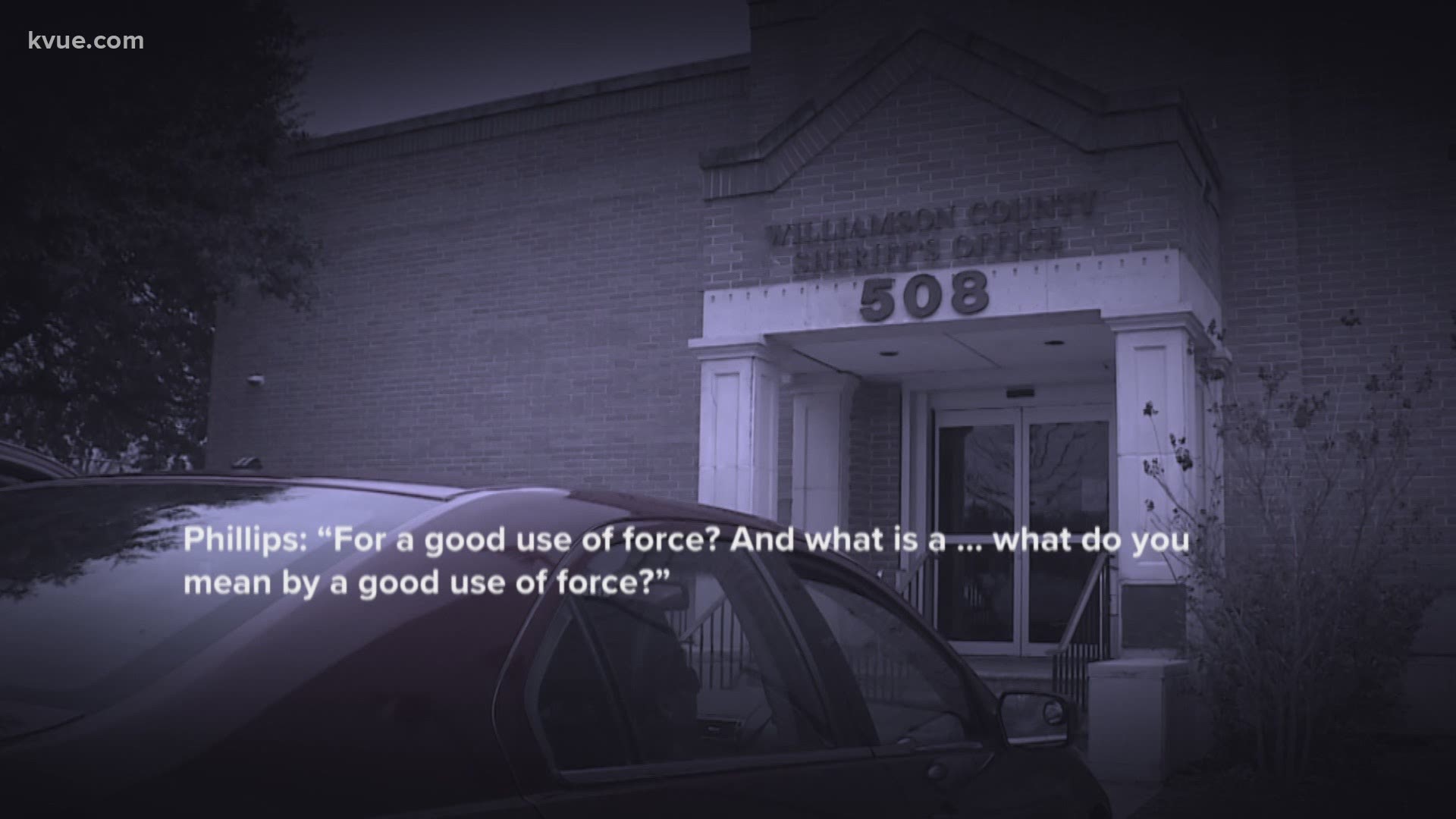 WILLIAMSON COUNTY, Texas — Editor's note: The video above was published when a report showed that Williamson County chases spiked during "Live PD" filming.

Former Deputy Christopher Pisa made the claim during an interview with the Texas Rangers, who were investigating whether he used excessive force on a Black woman last year.

“They had the intention that we were all ‘WilCo badass’ and if you went out there and did your job, and you had to use force on somebody and he agreed with it, then you would get a gift card,” Pisa said in an audio recording obtained by the KVUE Defenders and Austin American-Statesman.

Pisa, whose use of force remains under investigation, said former Commander Steve Deaton awarded the cards.

He also disclosed that Deputies J.J. Johnson and Zach Camden, who were involved in the March 2019 death of Javier Ambler, received gift cards, but Pisa did not link the rewards to Ambler’s case.

Former Sgt. Troy Brogden, who resigned last year after two decades with the sheriff’s office, said in an interview that Deaton gave the cards “for what he considered good uses of force.”

“He would talk about it in groups, including supervisors meetings and classes,” Brogden said.

In a statement, Williamson County Sheriff Robert Chody said: “Literally, the only use of cards I recall specifically was for a deputy who was able to recover some excellent fingerprints that ended up helping an investigation resulting in a warrant for that suspect and for a capture of a burglary suspect.”

“I have no idea what ‘good use of force’ means,” Chody wrote.

Williamson County District Attorney Shawn Dick declined to comment on the gift cards because of the ongoing use of force investigations.

Rangers interviewed Pisa with his lawyer, Robert McCabe, present in October, six months after the incident and his resignation.

According to the audio of his interview with the Ranger that Pisa’s attorney gave the KVUE Defenders, Pisa believed at the time that he may receive a gift card for the incident.

Instead, he said, officials told him that they were opening an internal affairs case and that he could resign.

The Ranger interview happened six months after his resignation.

Pisa said the department’s practice of handing out gift cards in certain use-of-force cases was “common knowledge” and that Deaton was responsible for reviewing force incidents and rewarding the cards.

“It was something everybody knew,” Pisa said. “He has even said it to people in meetings.”

“A good use of force,” Pisa responded.

Pisa did not link the gift cards, which he said were to places such as Logan’s Roadhouse, to Ambler’s case, and the Ranger did not ask for which incident he believed Johnson and Camden were rewarded.

Attorneys for the two deputies, who remain on the force, declined to comment about whether they received gift cards or for what purpose.

Deaton resigned in September 2019, months after social media posts surfaced with objectionable images showing dolls depicting actions, such as rape, kidnapping and the mutilation of a Black football player.