The sheriff's office has been filming with A&E's "Live PD." 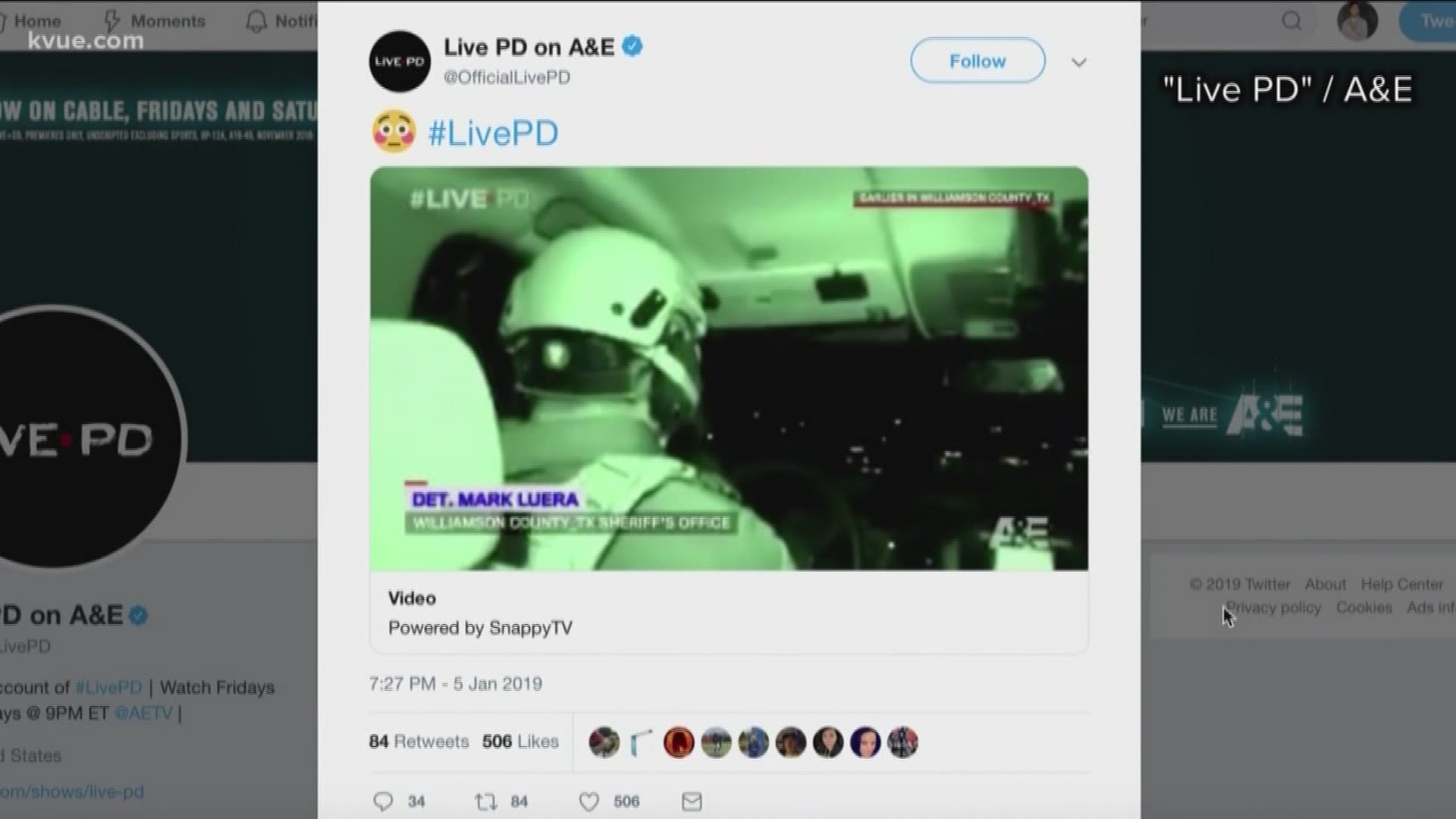 WILLIAMSON COUNTY, Texas — A sheriff's commander in Williamson County is accused of urging his deputies to have sex with a "Live PD" producer, according to a grievance filed last week.

"Live PD" on A&E gives viewers an inside look at the men and women behind the badges around the country as they make difficult, everyday decisions. The show started filming with the Williamson County Sheriff's Office. The first episode aired in November 2018.

The commander's comments were made during a March 12 shift briefing with approximately 20 deputies, lieutenants and sergeants, according to the grievance. The sexual harassment/improper conduct grievance against the commander was filed by lawyer Robert McCabe on behalf of the concerned deputies and members of The Texas Municipal Police Association, McCabe told KVUE April 12.

RELATED: WilCo residents get a chance to watch 'Live PD' with the deputies themselves

In that meeting, the grievance states that he first told the deputies he needed to know which of them had had sex with the show's producer. After getting no response, he is accused of saying it was his goal to have one of his deputies have sex with the producer before she left. According to the grievance, an awkward silence followed his saying this, which allegedly prompted some deputies to start making jokes about who might accomplish that goal for the commander. The meeting adjourned shortly after.

The Williamson County Sheriff's Office told KVUE it "will not be releasing a statement at this point."

Woman arrested in Austin for stealing $1 from food truck customer

He choked on a chicken bone. Doctors missed it twice. 2 weeks later, he died.

VERIFY: No gold star on your license? Here's what that means for Texans