Parts of the city of Santa Rosa have been placed under evacuation orders and evacuation warnings. 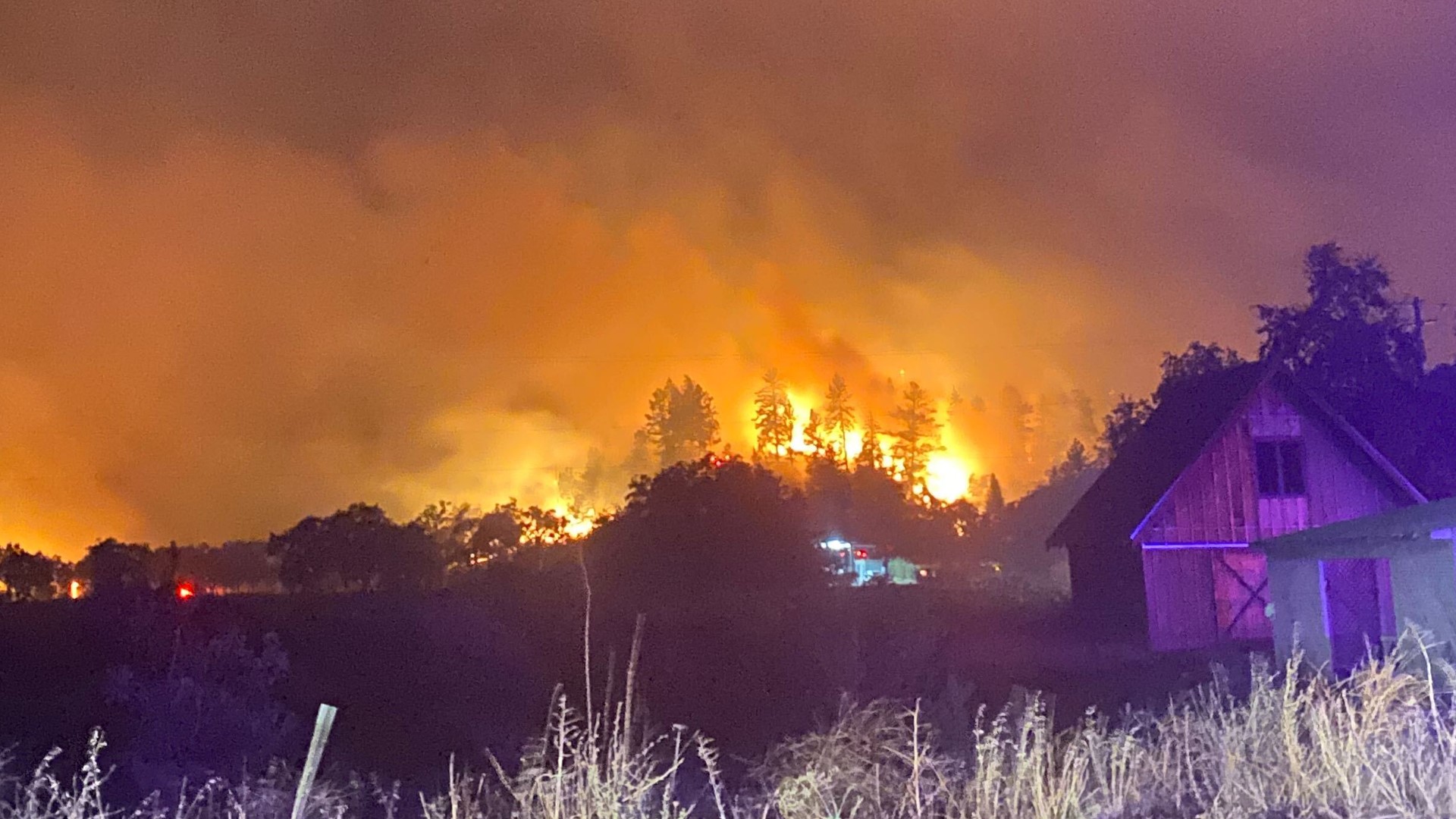 A wildfire in Napa County continues to burn and has prompted flurry of evacuation orders impacting Napa and Sonoma counties.

It has been fueled by winds and dry vegetation and managed to jump Silverado Trail into Bothe-Napa Valley State Park.

Ramah Commanday, a neighbor in the area who lost her cottage, said the fire reminds her after LNU Lightning Complex Fire narrowly missed them in the summer.

"Part of the responsibilities now are to protect ourselves and the people we love, and in the long term..., understand this is about climate change," she said. "No matter who says what. We have to get real about this."

Evacuations were also issued for Sonoma County after two additional fires were reported nearby on St. Helena Road, dubbed the Shady Fire and Boysen Fire. Authorities said there were multiple fires in the St. Helena and Los Alamos Road area that were moving fast.

Around 11:30 p.m., Cal Fire announced evacuations for the entire area of Calistoga - North, Calistoga -South/Skyhawk, Melita, Oakmont-North, Oakmont-South, Stonebridge, and Pythian, which includes all incorporated City of Santa Rosa homes and businesses within that perimeter.

Officials said people should head east on Highway 12 toward Sonoma if they're evacuating from the Shady Fire and Boysen Fire due to gridlocked traffic toward Santa Rosa on Highway 12.

For the latest information from the Cal Fire Sonoma Lake Napa Unit, click HERE for their Twitter page and HERE for Cal Fire incident page.

For the latest information from the Napa County Sheriff's Office, click HERE. Emergency alerts are also available through Nixle.

For the latest information from the Sonoma County Sheriff's Office, click HERE. Nixle alerts can be found HERE.

For the latest information from the Santa Rosa Police Department, click HERE. You can also sign up for Nixle alerts HERE.

An evacuation map and details on evacuations and evacuation shelter for the Glass Fire are available on the Napa County website HERE or on the map below.

According to Cal Fire, in 2019, California wildfires burned just under 260,000 acres from 7,860 incidents. Over 700 structures were damaged or destroyed and three people were killed. This follower two years of some of the “deadliest and most destructive wildfires” in California history.

If you live in a wildfire-prone zone, Cal Fire suggests creating a defensible space around your home. A defensible space is an area around a building in which vegetation and other debris is completely cleared. At least 100 feet is recommended.

The Department of Homeland Security suggests assembling an emergency kit that has important documents, N95 respirator masks, supplies to grab with you if you’re forced to leave at a moment’s notice. The agency also suggests signing up for local warning system notifications and know your community’s evacuation plans to best prepare yourself and your family in cases of wildfires.