That's not to say shooting your own fireworks would be a good idea this week, and that doesn't change the fact that most cities outlaw fireworks. 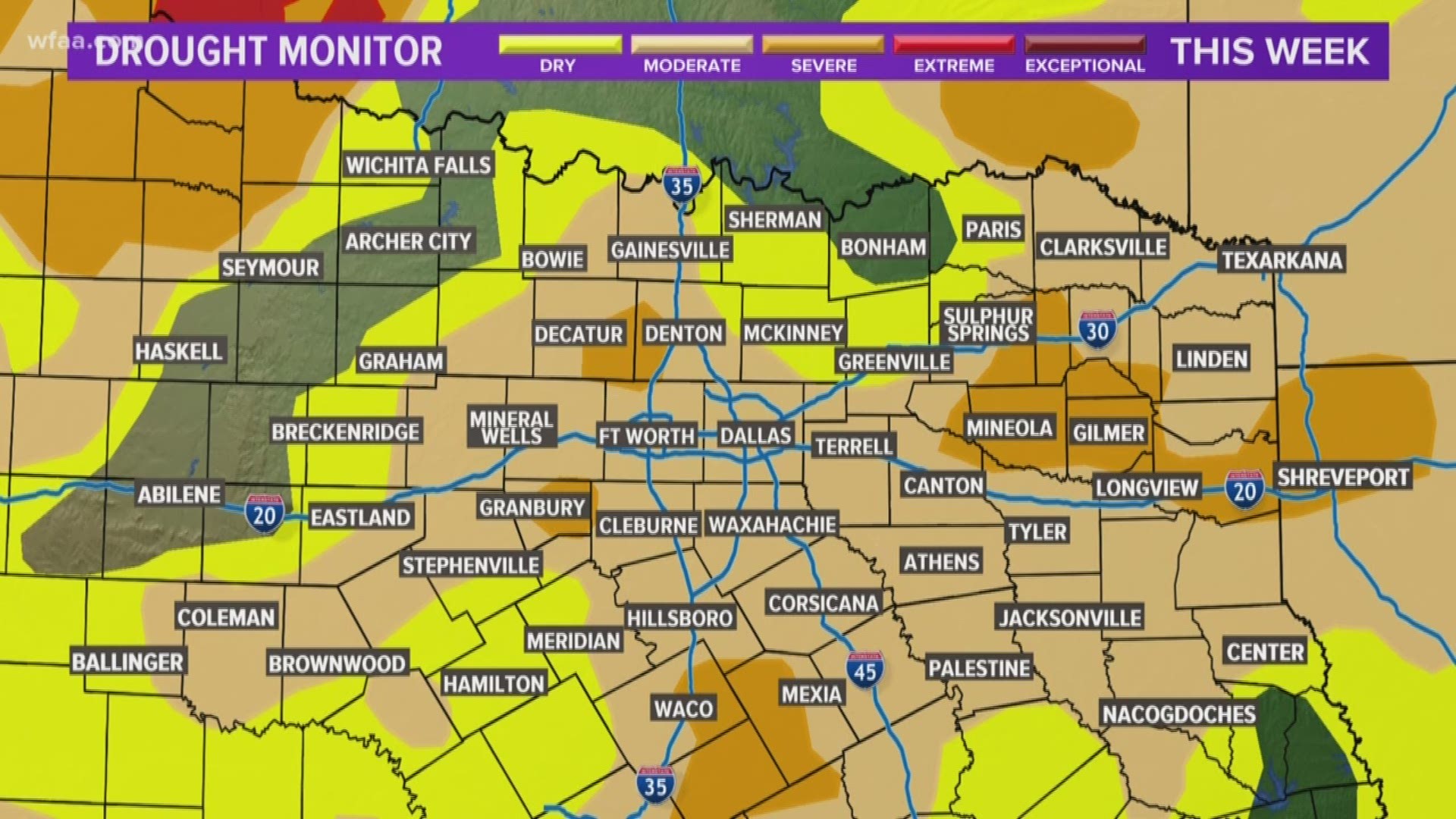 The drought conditions conditions across North Texas have forced several counties to issue burn bans ahead of the Fourth of July holiday.

That's not to say shooting your own fireworks would be a good idea this week, and that doesn't change the fact that most cities outlaw fireworks.

Crews on Tuesday continued to battle a large wildfire in Palo Pinto County, west of Fort Worth. Most of the counties on the western side of North Texas – including Palo Pinto, Hood, Tarrant, Johnson and Parker counties – have issued burn bans, prohibiting all outdoor burning.

TARRANT County now included on the burn ban list. Residents are encouraged to leave the fireworks to the professionals this year because of the drought conditions. Also, with lots of cookouts taking place this week, please use extra caution #wfaaweather pic.twitter.com/ExTQTUuK28

The burn bans, interestingly enough, don't cover what's likely to be one of the most common forms of "outdoor burning" this week.

Parker County Judge Mark Riley took to Facebook on Monday to explain the technicality of the state laws. You can watch his full video below, but here's the gist of it:

Texas counties – meaning, county judges and commissioners – have the authority to issue burn bans when drought conditions exist. But as the Texas Association of Counties notes, several exceptions to the ban can be made, such as firefighter training, public utility operations, and prescribed burns.

While fireworks aren't an exception to the rule, the state burn-ban statute does not mention fireworks.

The only way counties can ban fireworks is by declaring a local disaster, which requires authorization from the governor.

So why not just declare a disaster and hope the governor approves it?

"The issue becomes, you have to support that with what you believe to be factual evidence," Riley said on Facebook Live. "In other words, there has to be enough criteria evident that would require a disaster declaration. And at the present time, based on the law, that does not exist."

For a disaster to be declared, there must be an "occurrence or imminent threat of widespread or severe damage, injury, or loss of life or property" from fires, flooding, storms and other natural or man-made causes, according to the Texas Goverment Code.

"Long story short: We monitor the situation," Riley said. "If an when we meet that criteria, we will proceed as the law allows."

Parker County, for example, currently is above that threshold – with a Keetch-Byram index of 629 – but the index on June 15 was only 494.