Why Plano police officers are using thermal cameras on patrol

Most of the department's patrol fleet is utilizing infrared cameras that are attached to the spotlights of squad cars. 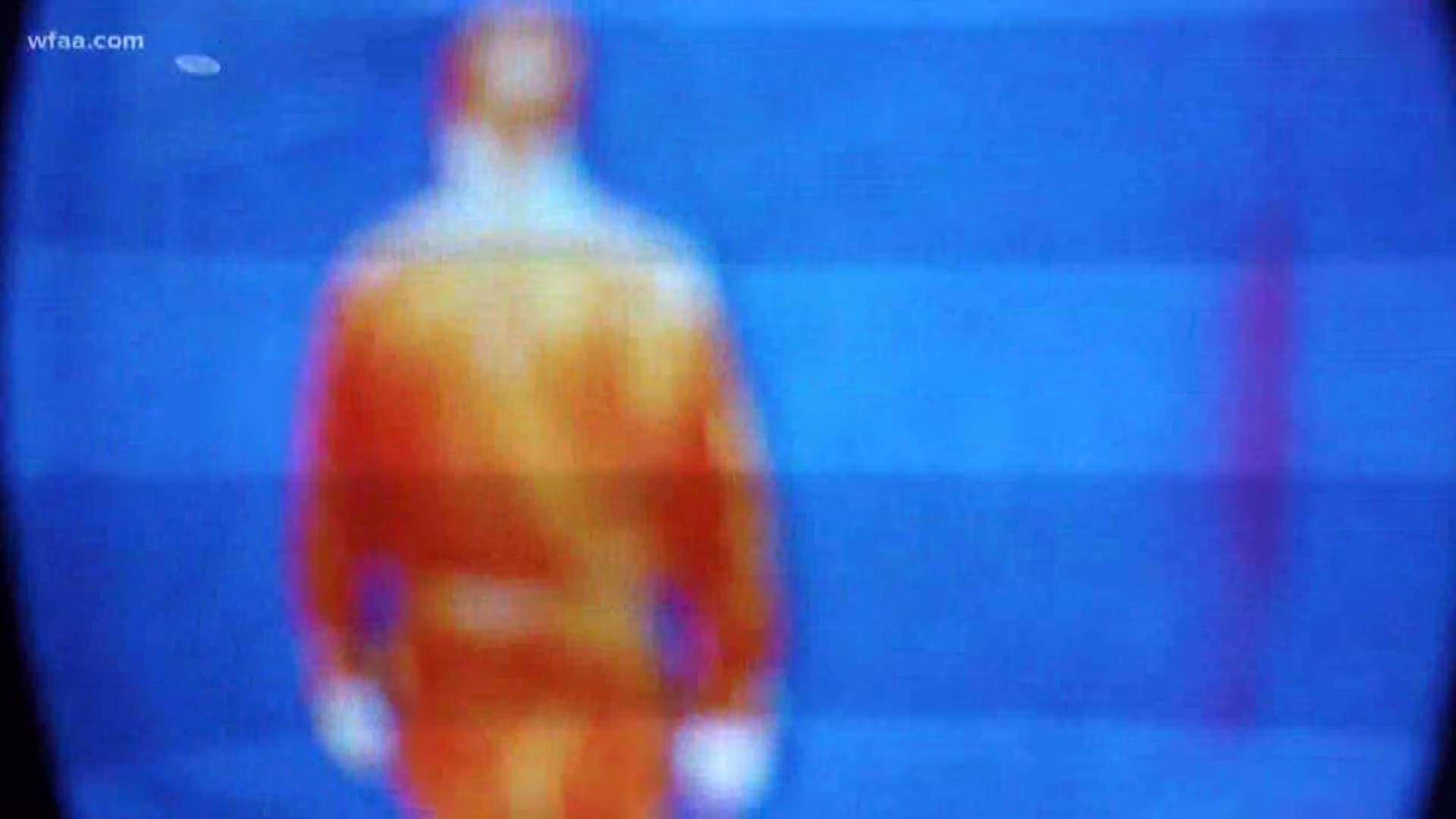 Plano — Plano police officers are using thermal cameras to track down dangers in the dark, giving suspects nowhere to hide.

Most of the department’s patrol fleet is utilizing infrared cameras that are attached to the spotlights of squad cars.

The cameras connect to an officer’s laptop inside the car, giving them an extra set of eyes in the dark.

Most of the time, the public sees a video of police helicopters utilizing infrared during the pursuit of a suspect.

Having infrared cameras available in squad cars helps officers on the ground find suspects on the loose, without potentially requesting for air support according to officer David Tilley.

“Because it does pick up the heat, we can catch people who may have just committed a burglary, a robbery, or suspects who are just hiding,” Tilley said.

Officers also use the cameras during traffic investigations, oftentimes to determine where skid marks are or if a person applied the brakes before a collision.

Weapons used during crimes have also been recovered with the cameras.

“If a firearm has been recently fired, it’s going to be hot…potentially long enough for us to pick it up on thermal imaging,” Tilley said.

The department has been using the technology for a few years, but Tilley admitted that the public may not have been aware.

Plano Police also has many handheld thermal cameras that officers can request to be brought to them during a call, or can check out before they leave the station.

Fort Worth police told WFAA that it has only experimented with thermal cameras. The only department WFAA could find locally that has the same type of toys was Mesquite police.

The use of thermal cameras by police is an issue that has made its way to the U.S. Supreme Court.

In a 5-4 decision, the court ruled in 2001 that the use of thermal imaging by police to monitor heat from a person’s home required a warrant.

Tilley stressed that the cameras have to be used carefully, and are mainly utilized solely to find people.