'Why can't we just buy from our neighbors?' Austin company connects local farmers with buyers

Sam Lillie created Vinder to connect farmers with people interested in their products. 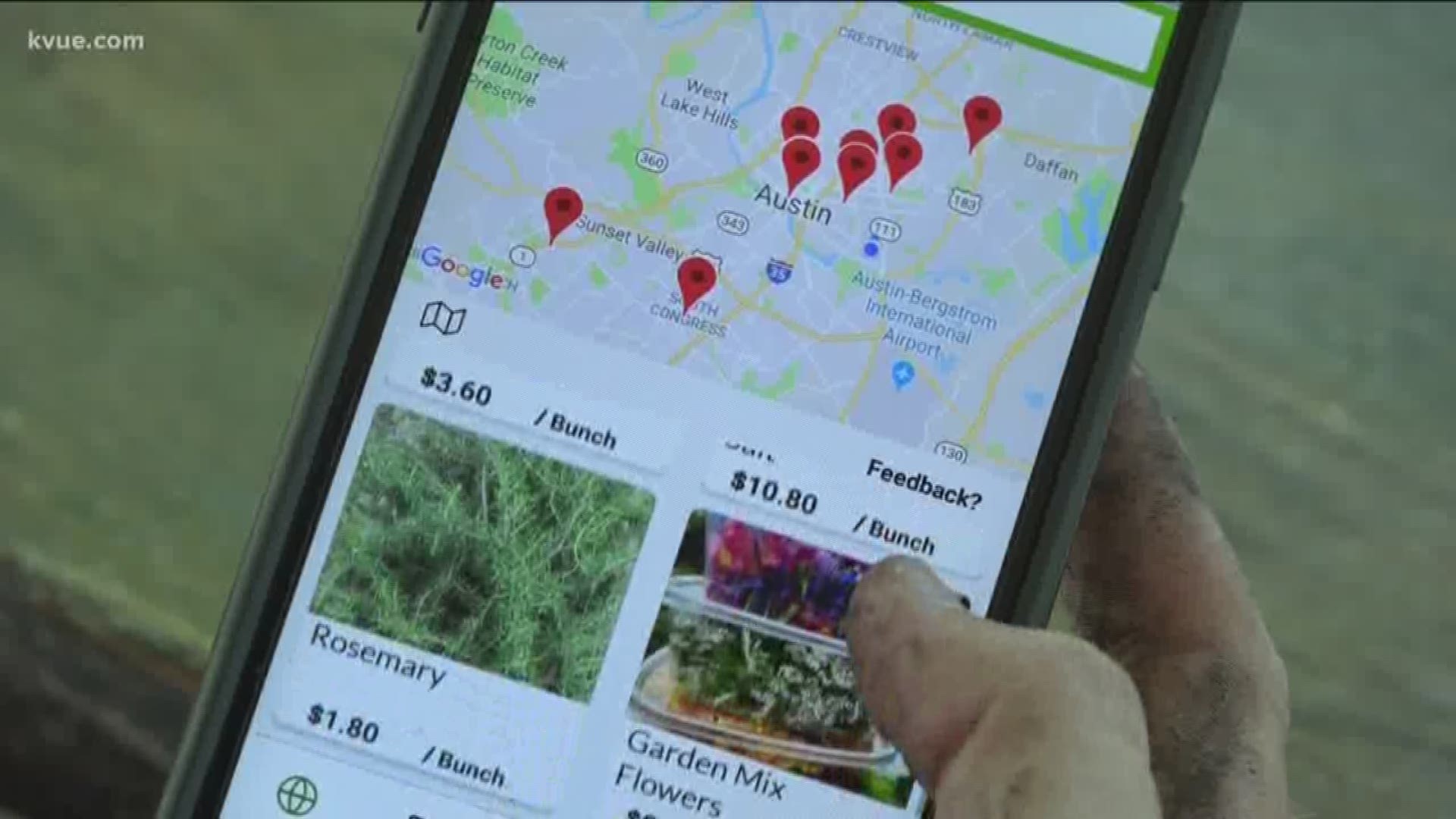 AUSTIN, Texas — As more and more of us start to care about what we eat and where that food comes from, there's an Austin-based company trying to make it easier to get those answers.

The company Vinder started in a small town in Washington by Sam Lillie. He was attending a town hall one night, hearing from the people in that town and why they were frustrated about finding locally grown produce.

"I walked home from that meeting, and I saw apples, kale and tomatoes growing in people's front yards," Lillie said. "I thought, 'There seems to be this surplus of products. Why can't we just buy from our neighbors?'"

After creating a website and eventually competing in Silicon Valley business competition, Lillie brought his product down to South By Southwest in 2018 for Food and City. His business was selected as one of the top 15 most innovative companies in the world for agricultural supply chain innovation. Lillie and his team eventually brought the entire business down here to Austin soon after that.

"This started as a potential solution for a problem a town had, and now it has just grown from there," Lillie said.

Ryan Farnau is a farmer in Austin who is a part of Vinder with his company F-Stop Farm.

"It's a passion," Farnau said, talking about getting into the agriculture world. "It's a joy. There's always a different project."

Farnau said owning a small farm has a lot of elements to it, including many that don't directly relate to what happens at the farm.

"We're talking about getting produce from the producer to the consumer," Farnau said. "People want to know where their food comes from. They want to be able to access directly to that source."

Sam Lillie wants to empower farmers just like Farnau, figuring out how to connect them to the people who want to buy their products.

"You have all these tiny farms in these urban areas and suburbs that are producing incredible amounts of food," Lillie said. "We don't have users. We have neighbors."

It's free for farmers to join and for buyers simply need to download the Vinder app. Then you can see produce, along with how it's grown, who is selling it and where you can find it.

"All our pins are our local producers, whether it be a farmer or a home baker," Lillie said. "It supports a local economy and creates a money-multiplier effect. It's keeping that money here in Austin."

It's something Farnau hopes to see more farmers and buyers starting to utilize.

"If we can get technology like this to engage people virtually and then bring them from inside their home to the farmer's market or to the farm or to the garden, then we're engaging this whole economy in a different way," Farnau said.

While Vinder officially has eight employees, it's actually a bit bigger than that. Lillie created an equity crowdfund campaign, meaning anyone is allowed to buy shares of the company. As of Sunday, he has raised $130,000 and just saw a 348 percent user growth on his app in March.

Man dies after being hit by car on I-35