Remembering 9/11: Why a 20-year-old NYC skyline portrait is so meaningful in McKinney

"Words can't describe that kind of courage," said McKinney FD Chief Danny Kistner of the heroism displayed on 9/11. "That's what a portrait like that reminds me of." 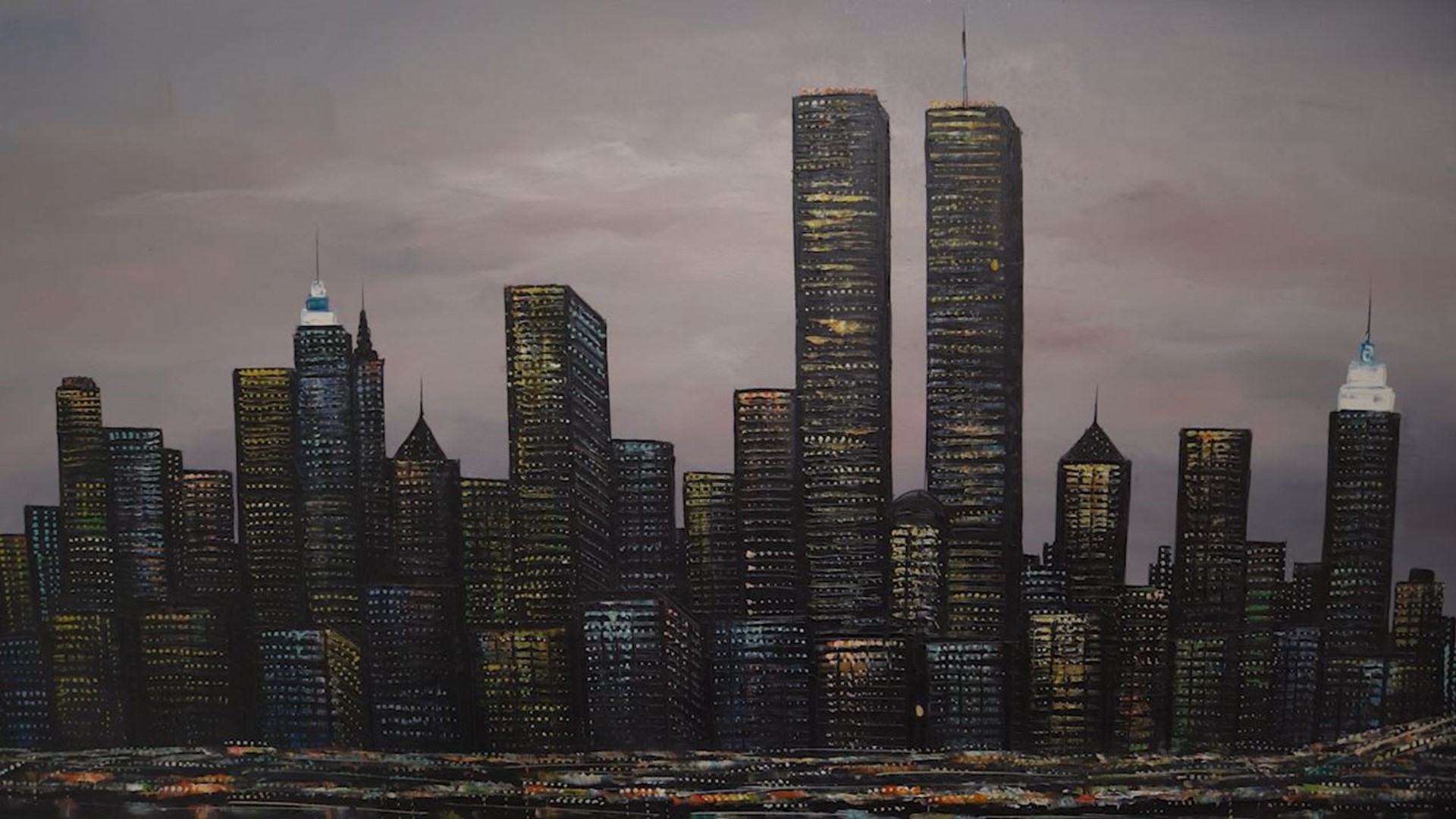 MCKINNEY, Texas — A Marine veteran, a witness to the chaos of Sept. 11, 2001, hopes his gift of a prized possession will help keep the lessons, sacrifice and heroism of that day alive for future generations.

McKinney resident Matt Olivolo keeps a photo album of the pictures he took that day. At the time he was an active duty U.S. Marine assigned to a recruiting office serving all of the boroughs of New York City. That morning, he was headed to work driving across the Verrazzano-Narrows Bridge from Brooklyn to Staten Island.

"And I looked to my right as I'm driving, I look to my right-hand side and I saw the tower just on fire. Massive smoke just billowing from it."

Along with a growing crowd of stunned New Yorkers, he watched from across the water. He took out his camera — Olivolo was also a military correspondent and public information officer. For the next two hours, he captured the images that we all know too painfully well.

"As I was taking photos, the second plane hit," he said.

As an active duty Marine, he tried to help in the days that followed any way he could.

"We were going to help them off-load bodies from the towers. Or so we thought. Then they told us to stand down because the bodies...there were no bodies to take out because they were all covered by the rubble."

Weeks later, at an Army base in Brooklyn, he found a large painting. It was a view of the New York skyline, the lights of the Twin Towers aglow at sunset, from almost the same view he had across the water on September 11.

"I had to purchase it," he said. "It was just one of those things. I wanted to remember what the skyline looked like. So it meant a lot to me."

"When you are actually there seeing it happen, it left an impact on my life that will never go away."

He kept the portrait on prominent display in his house, from New York to subsequent moves to California and then Texas, because it reminded him not just of the former skyline, but also of the impact that day had on him and the rest of the country. But as the 20th anniversary of the terror attacks approached, he wanted that prized portrait to have a more fitting, and honorable, place to stay.

"It always impresses me that the public wants to remember. The public does things to remember," McKinney Fire Chief Danny Kistner said.

And what impressed the fire chief this time was Olivolo, now a public relations specialist for Baylor Scott & White Health, walking into McKinney Fire Headquarters to offer the portrait and the memories it carries.

"That's an emotional question actually," Kistner said when asked what the portrait means to him. To a fire chief who asks his crews to risk their lives every day, the painting speaks loud and clear.

"When I first saw the painting it brought all the emotion, the remembrance, everything from that day," Kistner said. "All those memories came back, all those thoughts, when I saw those towers in that painting."

The painting is now on a wall leading to the chief's office. McKinney Fire Department leaders walk by it every single day. And it speaks to them every time.

"Not enough is said about the courage that was portrayed that day from everybody," said Kistner. "Responders, civilians, military personnel alike rushed into the flames to get people out," he said of the heroism displayed in NYC, at the Pentagon, and on Flight 93 that crashed into a field near Shanksville, Pennsylvania. "Words can't describe that kind of courage. That's what a portrait like that reminds me of."

For Olivolo, that's all he wanted: a reminder of sacrifice, loss, and courage.

"There's a generation now born after 9/11 that to them it's just in the history books. But to those of us that were there it's still fresh on our mind," Olivolo said. "So I just want all of us to simply not forget what happened that day."

And to him, and the first responders at McKinney Police and Fire headquarters, that's the power of a single picture, with the thousands of words, and memories, it continues to paint. 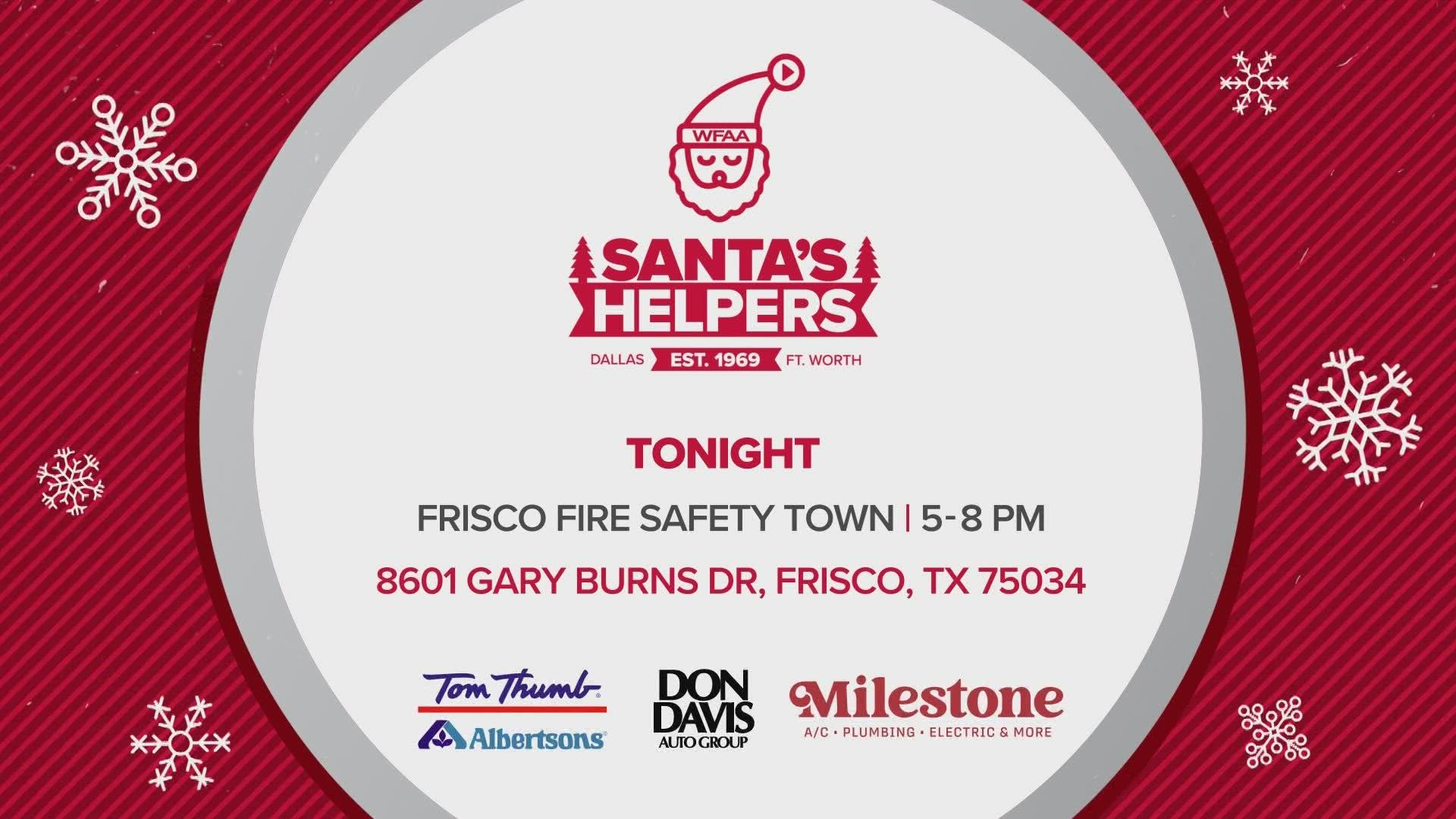