'While you’re out there grilling, make a toast to the ones that are out here': DFW residents honor fallen soldiers on Memorial Day

Hundreds flocked Monday to the Dallas-Fort Worth National Cemetery for a Memorial Day ceremony. 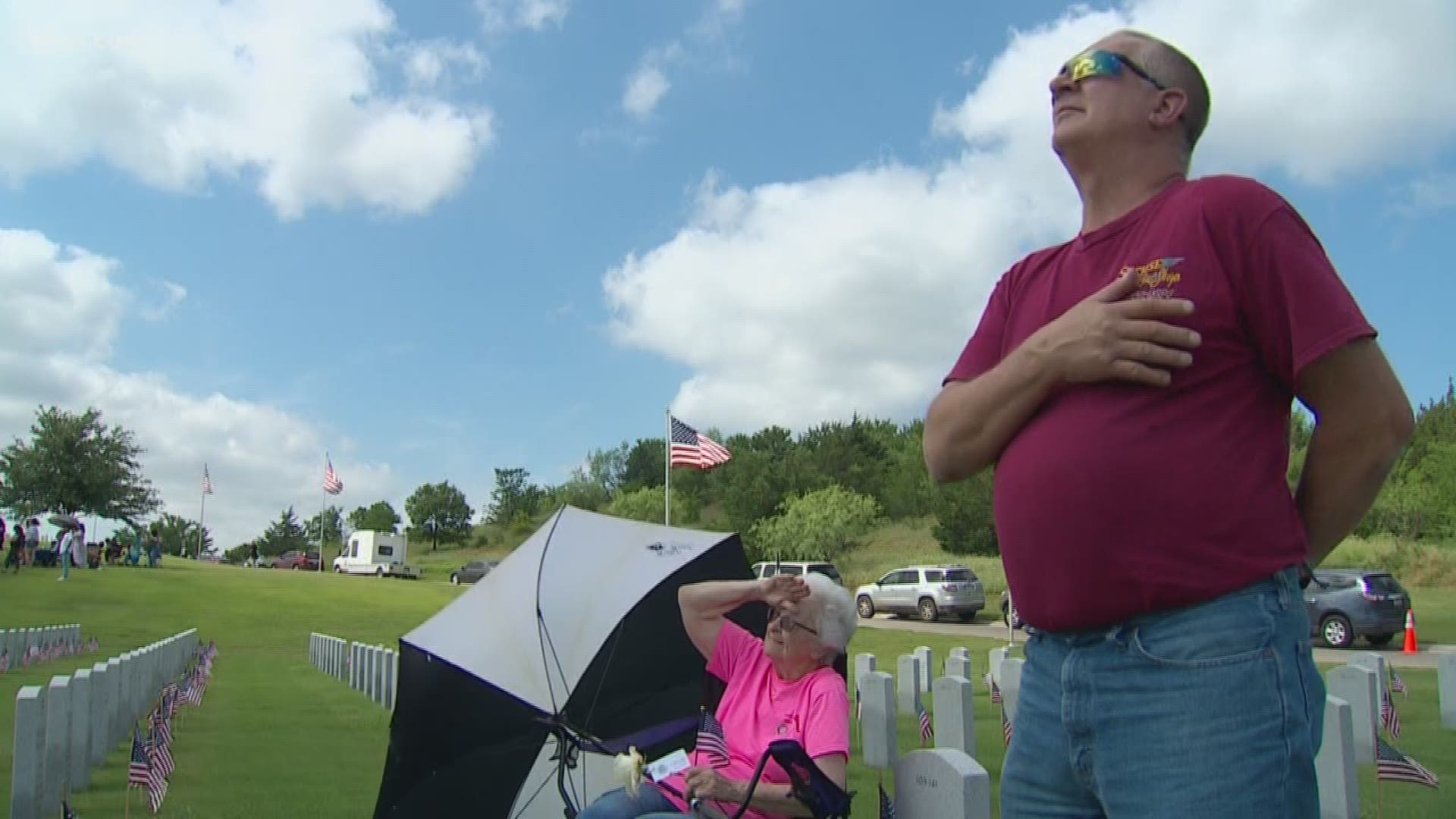 DALLAS — Hundreds spent the morning of Memorial Day at the Dallas-Fort Worth National Cemetery.

The Department of Veterans Affairs and the Texas National Cemetery Foundation hosted a program that included the cannon salute, a flyover and the placing of the wreath ceremony.

“To pay respect to the ones who didn’t make it back,” said Kurt Janish of what brought him Monday to the cemetery. “They’re not able to be here today to enjoy their freedom that we have.”

Kurt and his mother, Betty, watched Monday’s ceremony from the grave of Charles Janish – a beloved father and husband.

“He was stubborn – headstrong – and he made a good military man,” Betty said.

RELATED: 96-year-old veteran wows with national anthem on harmonica before US soccer match

“While you’re out there grilling, make a toast to the ones that are out here,” Kurt said. "Say thank you."

“I think it’s important to understand that Memorial Day isn’t about parties and time at the beach, but the people who sacrificed their lives so that we have the freedom we have,” said Rebecca Battles.

Battles said she started a tradition when her son, Collin, was only 3 years old. Now 9, her son and Battles spend every Memorial Day at the cemetery. They pray in front of the headstones.

“Even if you don’t have someone who’s buried here, it’s still good to pay your respects,” the young boy said of the tradition.

“We pick five or 10 various people – we don’t know them – but we pray for them,” Battles said.

RELATED: Memorial Day events kick off around the county

This December will mark 10 years since John Zak passed away. He served in the Army during the Vietnam War.

Monday, his widow, Karin Zak, placed fresh flowers from her garden on his grave.

“I come out here as often as I can and especially on occasions like this,” Zak said.

“It’s just uplifting,” he said. “It just does something to you on the inside. [John Zak and I] made a pact that we would always be friends until the end of time.” 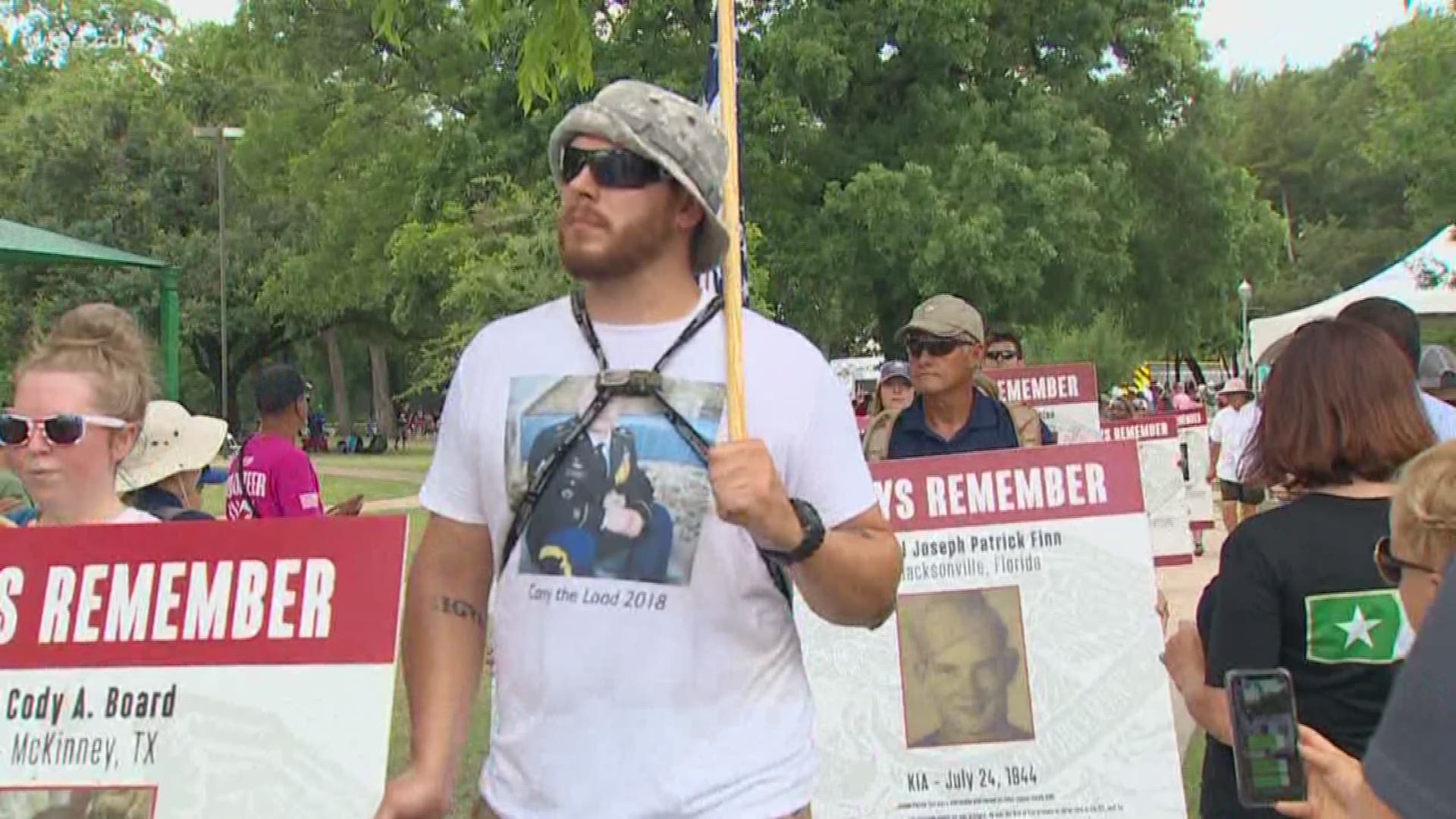