While fires burn in Australia, an Arlington native now living there is feeding Texas barbecue to firefighters for free 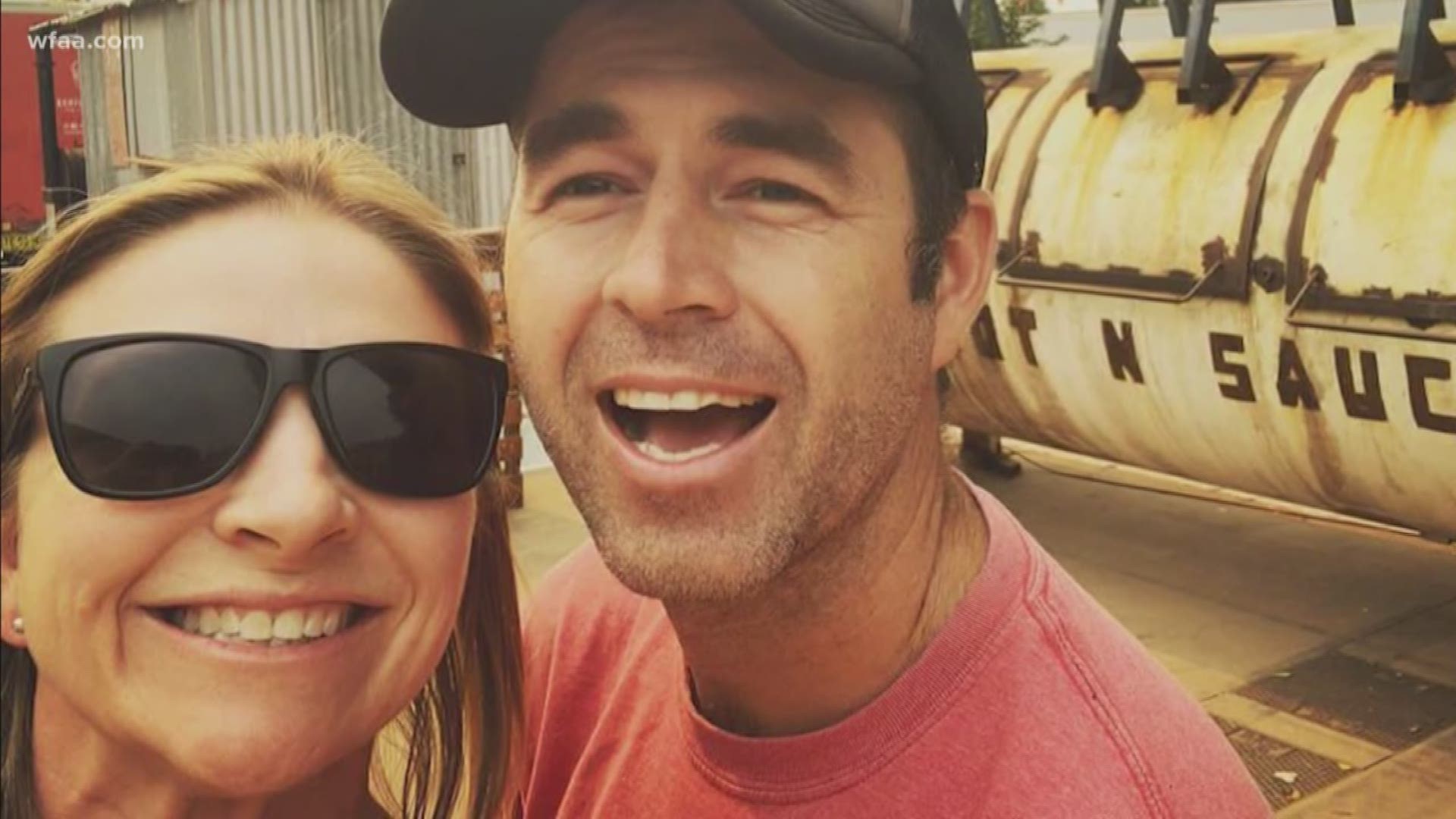 ARLINGTON, Texas — Some relief is on the horizon for Australia as thunderstorms have been sweeping across parts of the country's east coast while firefighters battle raging bushfires.

Those bushfires have killed 29 people and millions of animals and have destroyed more than 2,500 homes.

Donations and goodwill have been spilling into the country, and one Arlington native now living there is doing her part to help: she's feeding firefighters Texas barbecue for free.

"You just can't thank them enough," Randi Thraves said. "At night we can see fires through the valley and around our house."

Thraves met her husband Rob in Arlington around 2008. Rob, an Australia native, was visiting Texas and the two hit it off immediately.

Shortly after meeting, Randi and Rob got married and moved to Broke, New South Wales, Australia.

They began to raise a family and had the brilliant idea to start a Texas-inspired barbecue joint in Newcastle around 2016 called Smokin' Hot 'N Saucy.

"We knew that the culture of barbecue would go great in Australia," Thraves said to WFAA. "Traditional Texas offset smokers are the key to our business. People here really like it."

"If it weren't for the accents, Texans and Australians would be the same," Thraves said with a laugh.

The couple has their own lot with picnic tables and they cook their barbecue in a large food truck.

Credit: Thraves family
Thraves poses next to a smoker while wearing a University of Texas shirt.

"Barbecue in Texas is about getting your friends and family around and everyone's got a barbecue war story," Rob Thraves said.

WFAA spoke to the couple via video chat alongside Randi's mother and grandmother, who live in Arlington.

Rob jokingly mentioned that his rib rub recipe is now better than any in Randi's family.

Credit: Thraves family
Rob and Randi Thraves with their children.

Smokin' Hot 'N Saucy's barbecue sauce is also heavily based on the recipe made by Randi's grandmother Norma Sue Johnson.

"I only gave them the base, need me to give it to you?" Johnson said with a laugh in her kitchen.

Johnson and Young video chat often with Randi, and those chats have started to get scary with the fire season taking a deadly toll.

"Every time I see something on the news, I would wonder how far it is from them or if it's getting any closer," Johnson said. "They have a little caravan packed and are ready to go so they can head to the water if they need to."

Broke is a small rural village and the Thraves told WFAA that they can see fires from their back porch.

Credit: Thraves family
A photo of the fires taken from the Thraves' home.

But the New South Wales fire service and volunteers have kept the blazes from getting close.

"They've been volunteering their time, you know a lot of them don't get paid," Rob Thraves said. "They're just trying to save houses and save lives."

So, when Randi and Rob tried to come up with the best way to say "thank you" to those on the fire lines, they figured barbecue would be the best way.

For the month of January, Smokin' Hot 'N Saucy is offering its popular brisket patty cheeseburgers at $12, and $2 from each burger goes to the New South Wales Rural Fire Service.

Money will also be given to other agencies like the NSW National Parks and Wildlife Service and Forestry Corporation.

On top of that, any firefighter who shows up to Randi and Rob's barbecue joint will get a burger for free.

Credit: Thraves family
Firefighters near Broke pose for a photo after Rob and Randi drop off a case of beers for them.

"They love it," Rob Thraves said. "We're happy to feed them, especially when they come off the front lines. They're covered in soot from head to toe and you know they're just working tirelessly."

Randi added that Australians love to help one another out, and Johnson echoed that's not all too different from how Texas works.

"They're just good people you know? Good people helping out good people, and it's not any different than what you or I would do," Johnson said.

Two locations, with more in common than they might know.

"Being able to have my homecooked food and the food I grew up with shared with the people of Australia makes me feel that much more at home," Randi Thraves said.