Where are we now? A look at Austin one month after reopening for business

May 1 was when retail shops, malls and restaurants could officially reopen at 25% capacity in Texas. 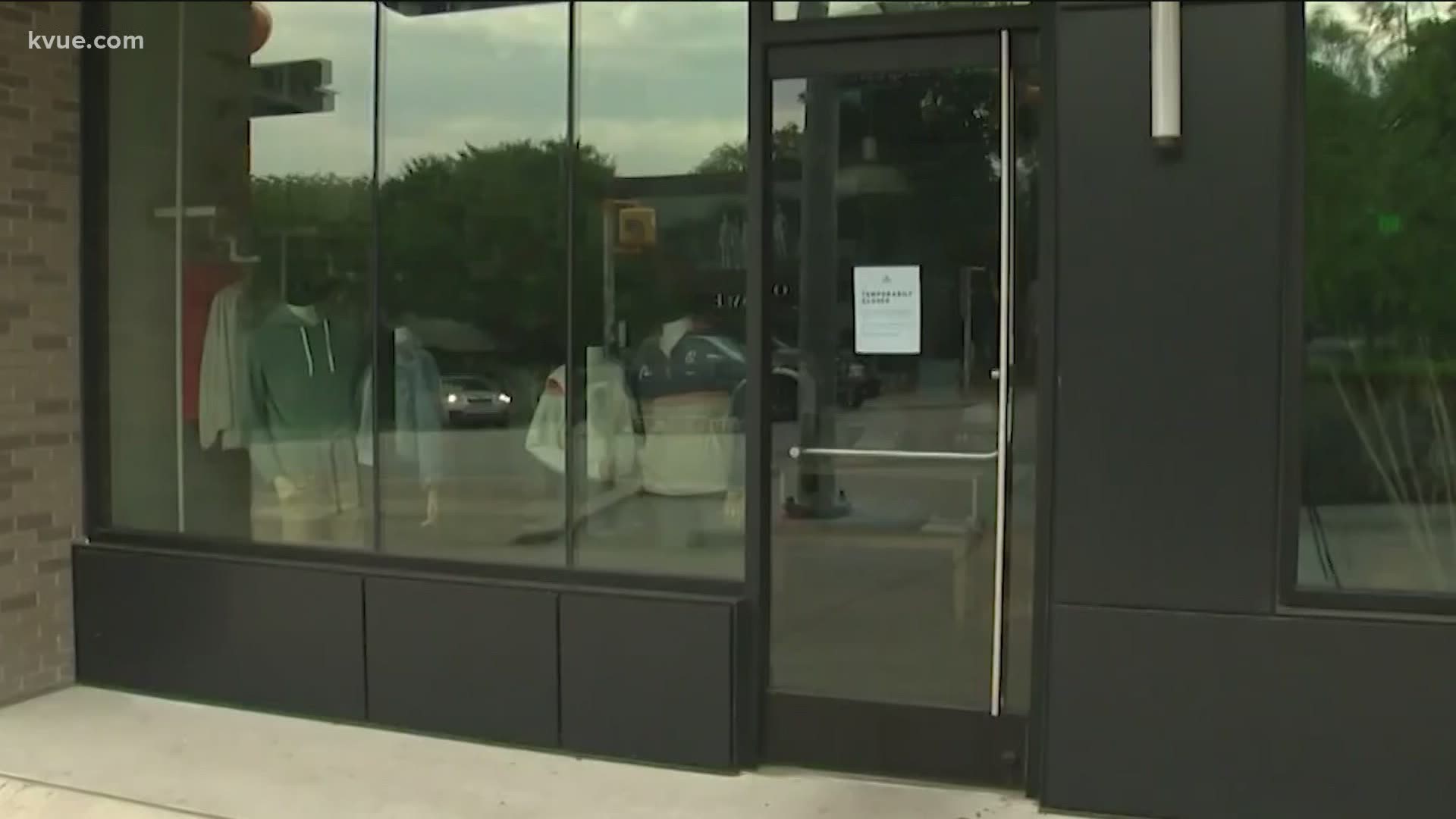 AUSTIN, Texas — How is Austin doing one month after the state of Texas reopened for business? For some retail shops, business is a lot slower than expected.

South Congress, usually a tourist hot spot in Austin, hasn’t seen many visitors in a while.

“May 1, it was a ghost town. There were very few customers, there were no people out,” said Teddy Boxberger, president of Allens Boots.

May 1 is when retail shops, malls and restaurants could officially reopen at 25% capacity in Texas. A month later, crowd-wise, it’s still pretty empty.

Boxberger said business is better than before, but still it’s a lot slower than they’d hoped.

“We haven't even come close to reaching that 25% threshold,” said Boxberger. “I will say even the customers we have at the store now are shopping incredibly conservatively. I think everyone's thinking about what the next six, nine, 12 months looks like.”

While we can't predict the future, let's take a look at how Austin and Travis County have been doing when it comes to COVID-19 cases. According to the Texas Department of State Health Services, since the reopenings began, it's been a bit of a roller coaster.

The lowest count of new cases in Travis County this past month was on May 10 with 24 cases, but then look at May 26, the day after Memorial Day, the county saw 86 new cases. That's not only the highest reported count in the past month but since this pandemic began back in March.

That could be because of testing. In a press conference a couple of weeks ago, Gov. Greg Abbott mentioned testing would increase as Texas opened up for business.

“In just the first half of May, we more than doubled the tests that were given in all of March and April combined,” said Boxberger.

Testing statewide has now increased to almost 29,000 per day, but in order to get shoppers back in the stores again, Boxberger believes going to take a lot more than that such as the government putting money back in people's pockets with another stimulus check.