'I was glad to see what happened yesterday,' said one Trump supporter. Another caller said, 'Well, the good news is, democracy prevailed!' 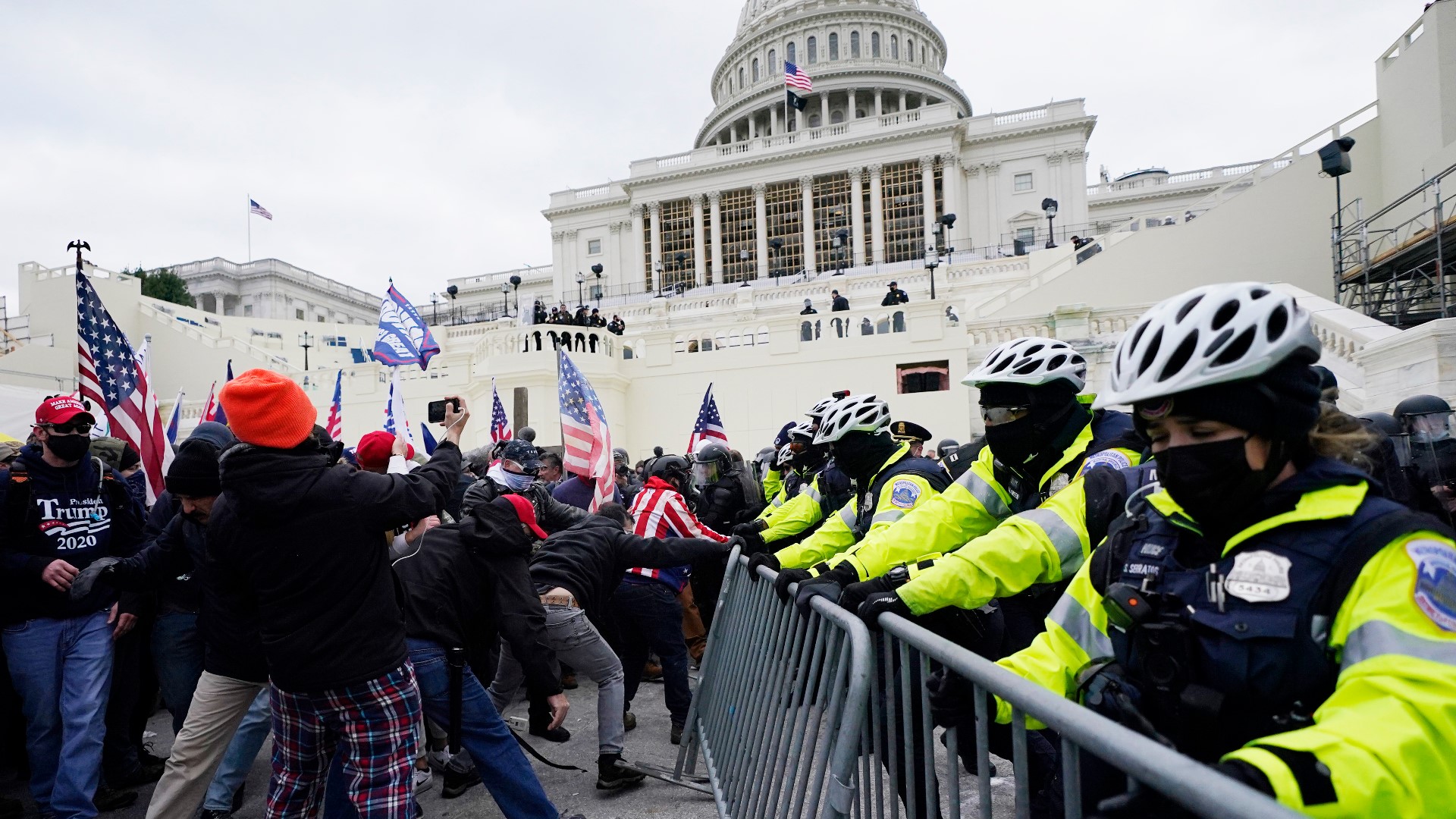 DALLAS — WFAA viewers expressed their disgust, their anger, their frustrations and their unchanged political loyalties when asked for responses to the events and chaos surrounding the Electoral College vote in Washington, D.C.

We asked viewers to call us on a phone line previously opened to solicit good news. This time, the phone calls were decidedly different.

"I am totally sick over what happened," a woman named Carol said in a voicemail. "It is frightening. It just makes me tremble."

"My heart is broken," said another caller. "It was totally revolting. It was disgusting. It was embarrassing to our nation."

In several hundred voicemails to WFAA, a large number of viewers blamed both President Donald Trump and Sen. Ted Cruz for the mayhem in the nation's Capitol Wednesday.

"If there is a way to put Trump in prison I'd be very happy to see that," one viewer said. "And as far as I'm concerned Ted Cruz could be his cellmate."

"As a Texan, to see Cruz's part in this, it's more than just sad. I wish him gone. He needs to just resign," said a woman in her 70s. "The president ought to be handcuffed and taken out of the White House today and not one minute later."

And dozens upon dozens of you saw a black and white divide in the images from the district.

"It was a clear demonstration that we live in two different Americas," said one man.

"A blatant example of white privilege," said a woman who identified herself as an African American physician here in North Texas. "You get to sit at Nancy Pelosi's desk and you're never arrested."

"If that had been black and brown folks it would have been more dead people lying in the street than you can count," another viewer said.

But undaunted support for the president came through loud and clear in some of these phone calls too.

"It is not the fault of Ted Cruz or Donald Trump," one Trump supporter said. "It's the people that are there."

"I was glad to see what happened yesterday," another Trump supporter said. "I think there's going to be a civil war happening here pretty soon. Because it was a fraudulent election. It was stolen."

As for the search for good news, there were comments from viewers searching for a silver lining.

"I'm not sure about good news," one woman said. "The good news is from Georgia. I'm thankful for that."

"Well the good news is, democracy prevailed," added another viewer. "But after the shenanigans of Ted Cruz, he needs to lose his job. And that would be the best news ever."

A handful of phone calls give us a glimpse of the conversations, and the political crises still to come.

Every phone call seemed to agree with that.