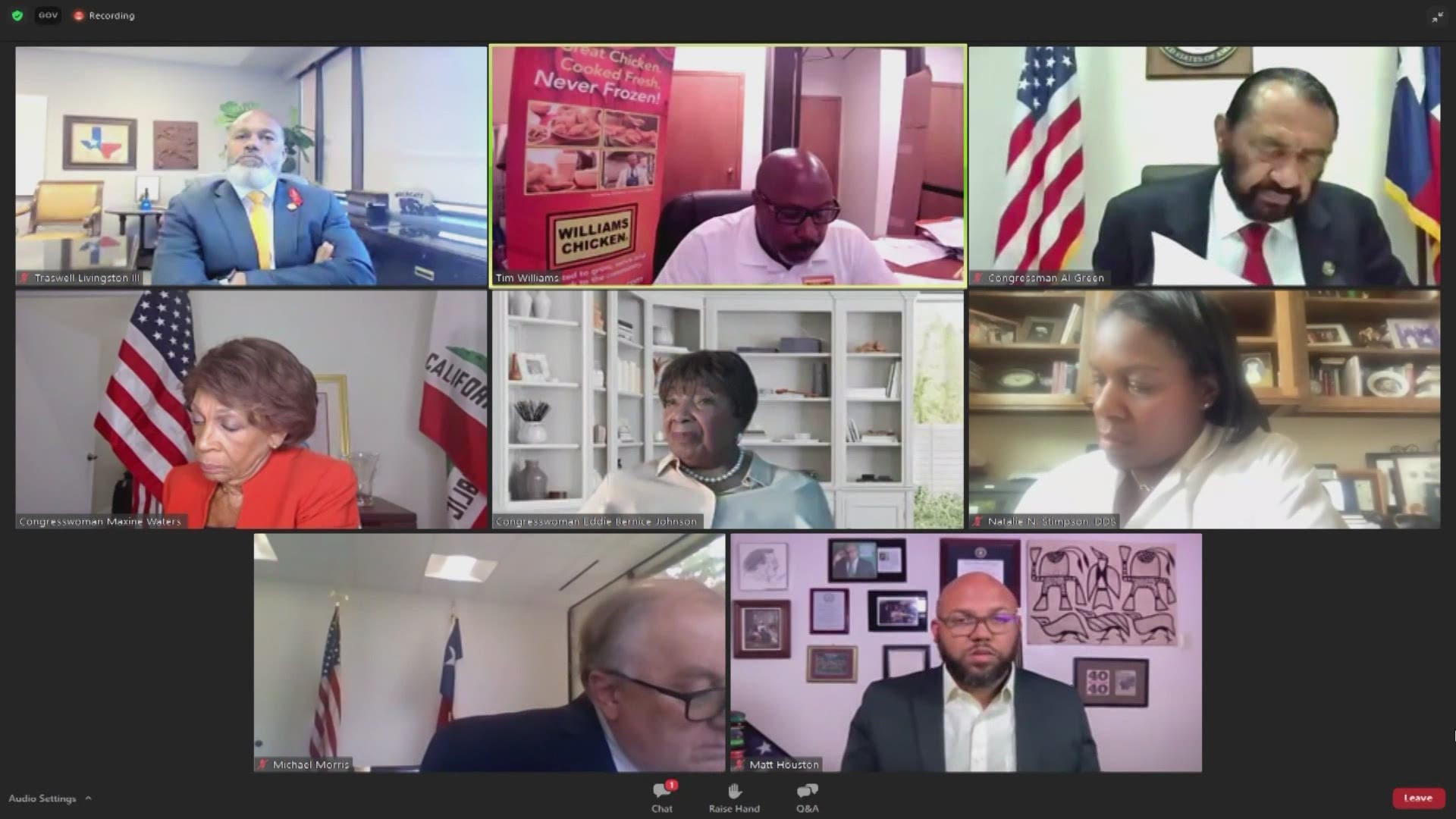 The U.S. House Financial Services Committee held a hearing Tuesday exploring how banks are ignoring minority communities in southern Dallas and beyond.

The virtual event was a response to WFAA’s “Banking Below 30” series, which over the past few months has shown how banks lend relatively little money to minority customers south of Interstate 30 in Dallas.

“I’d like to recognize David Schechter from WFAA, whose 'Banking Below 30' investigation brought increased public attention to this issue,” Johnson told the panel. “He has not allowed me to forget that we need to do something about this. This is one main reason we are here today.”

Credit: WFAA
Congressional panel convened as a result of WFAA's 'Banking Below 30' investigation.

The hearing focused in part on the poor enforcement of the federal Community Reinvestment Act (CRA), a law that encourages banks to lend money to the entire community it serves, particularly the minority communities that banks have long ignored.

Tim Williams of Williams Chicken in Dallas testified about how Chase Bank denied his multimillion-dollar company a $200,000 line of credit last fall.

“We feel that was a travesty,” Williams told the panel. “Williams Chicken has been a customer of Chase for over two decades. We deposit millions of dollars a year into the bank.”

“They don’t make the playing field level for us,” added Williams, who has a degree in finance and real estate from Texas Tech University. “They have no intention, as far as I’m concerned, with making African American loans south of 30.”

RELATED: Federal regulators will require 2 banks to increase lending to the minority community in Southern Dallas

Williams told lawmakers how he was forced to go to another financial institution.

“They approved my line of credit in less than 30 days,” Williams said.

Chairwoman Waters congratulated Williams Chicken on persevering despite what she described as discriminatory behavior.

“This does not happen to white businesspeople, particularly ones that have been customers of the bank for years,” she said. “I know that we can’t run the banks. But I also know that we’ve got to figure out how to deal with racism, discrimination and exclusion.”

Late Tuesday, WFAA reached out to Chase, which issued a statement.

The lawmakers also heard from Traswell Livingston III, featured in our report that detailed how bank branches in southern Dallas take deposits, but make almost no loans to minorities. He also talked about difficulties he and his neighbors have had getting loans from traditional banks to buy and maintain their homes.

Lawmakers also discussed topics such as gentrification, tax relief, housing and equity with Michael Morris, director of Transportation for the North Central Texas Council of Governments; developer Jack Matthews, president of Matthews Southwest; Matt Houston, an educator and immediate past chairman of the Dallas Black Chamber of Commerce; Dr. Natalie Stimpson, a Dallas-area dentist; and Felicia Pierson with The Real Estate Council (TREC) in Dallas.

Email dschechter@wfaa.com with any tips.