Audio from the calls feature Austin Shuffield, L'Daijohnique Lee and a witness who called police. 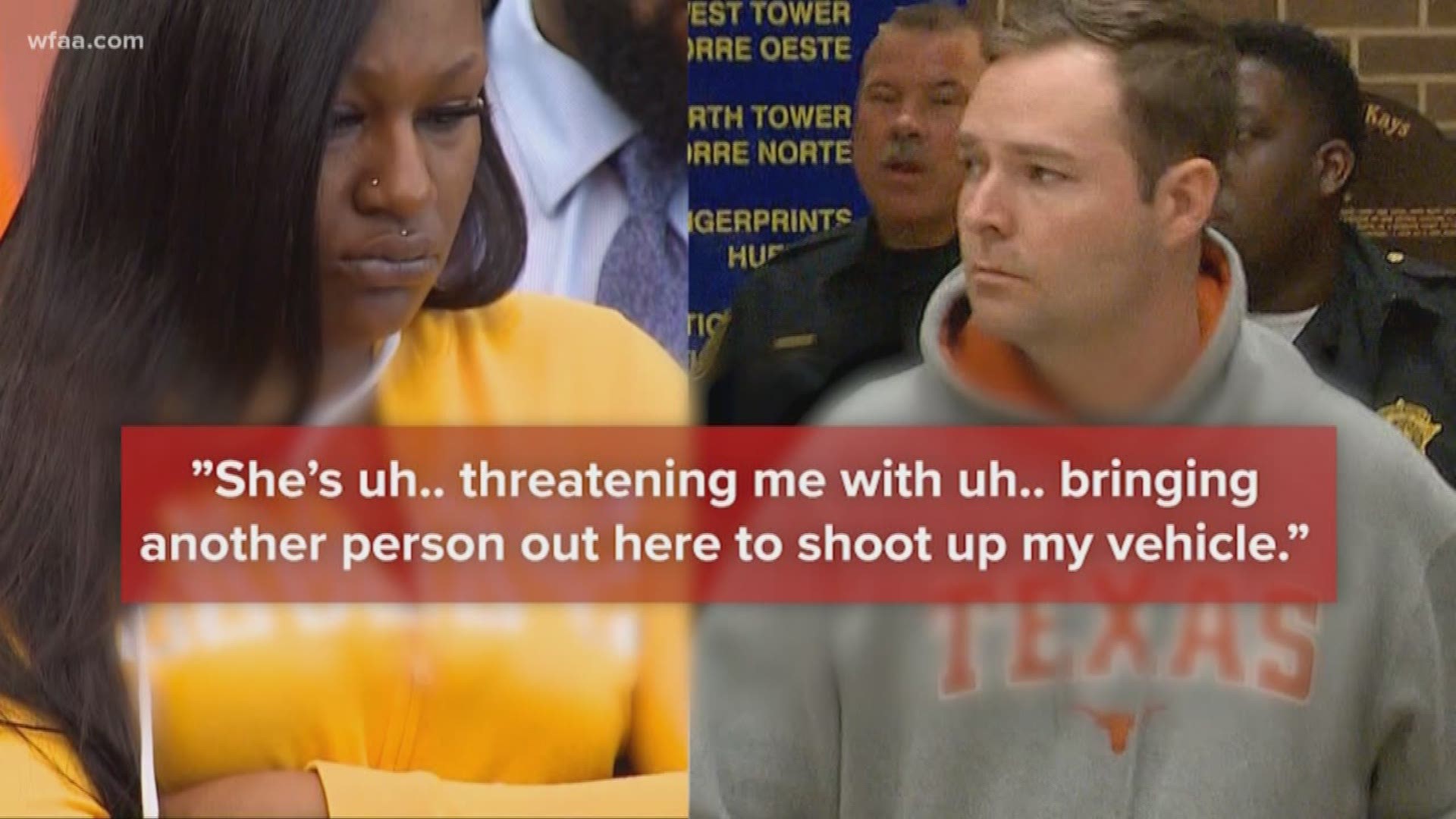 WFAA has exclusively obtained the 911 calls made the night of the Deep Ellum assault.

RELATED: TIMELINE: The Deep Ellum assault case, from the video to the arrest and charges

One of the calls is from Austin Shuffield, the man accused of punching the victim L'Daijohnique Lee.

"She is threatening to bring another person out here to shoot up my vehicle," Shuffield says in one of the 911 calls.

In the background, Lee screaming and you can hear her hitting Shuffield’s truck. Police say she caused $3,000 in damage.

"She threatened to mace me and uh, then she swung at me and hit me in the face, so I defended myself after that," Shuffield says in the call.

"We all know that it ended up with Austin delivering some pretty hefty blows to this young lady, and by law, I don't see where he could legally place his hands on her like that," Crockett said.

When the video first surfaced, the victim's attorney, Lee Merritt, said Shuffield was shouting racial slurs and called it a hate crime.

In the 911 tapes, you don't hear that, but you do hear Lee screaming racial epitaphs.

“The other issue that is so bothersome about this is that it was racially charged from the get-go on both sides," Crockett said. "Let me be clear. I think it's a sign of what we have going on in the country, unfortunately."

"They made the statements without knowing the truth, and that's the dangerous part about it, when what we know now is she is calling him a white cracker," Shuffield's attorney Scott Palmer said. "She uses the N-word to him, which is the exact opposite from what [the prosecution is] trying to put out."

Another tape features audio of a witness calling 911 and telling the operator to hurry and to send police.

“They are going off on each other like crazy," the witness says. "I can still hear them scream at each other."

Shuffield's attorneys say this was never about race, but about two people in a heated dispute.

Civil rights groups said nothing justifies the punches the victim took and said they don’t blame her for being angry and for her reaction.