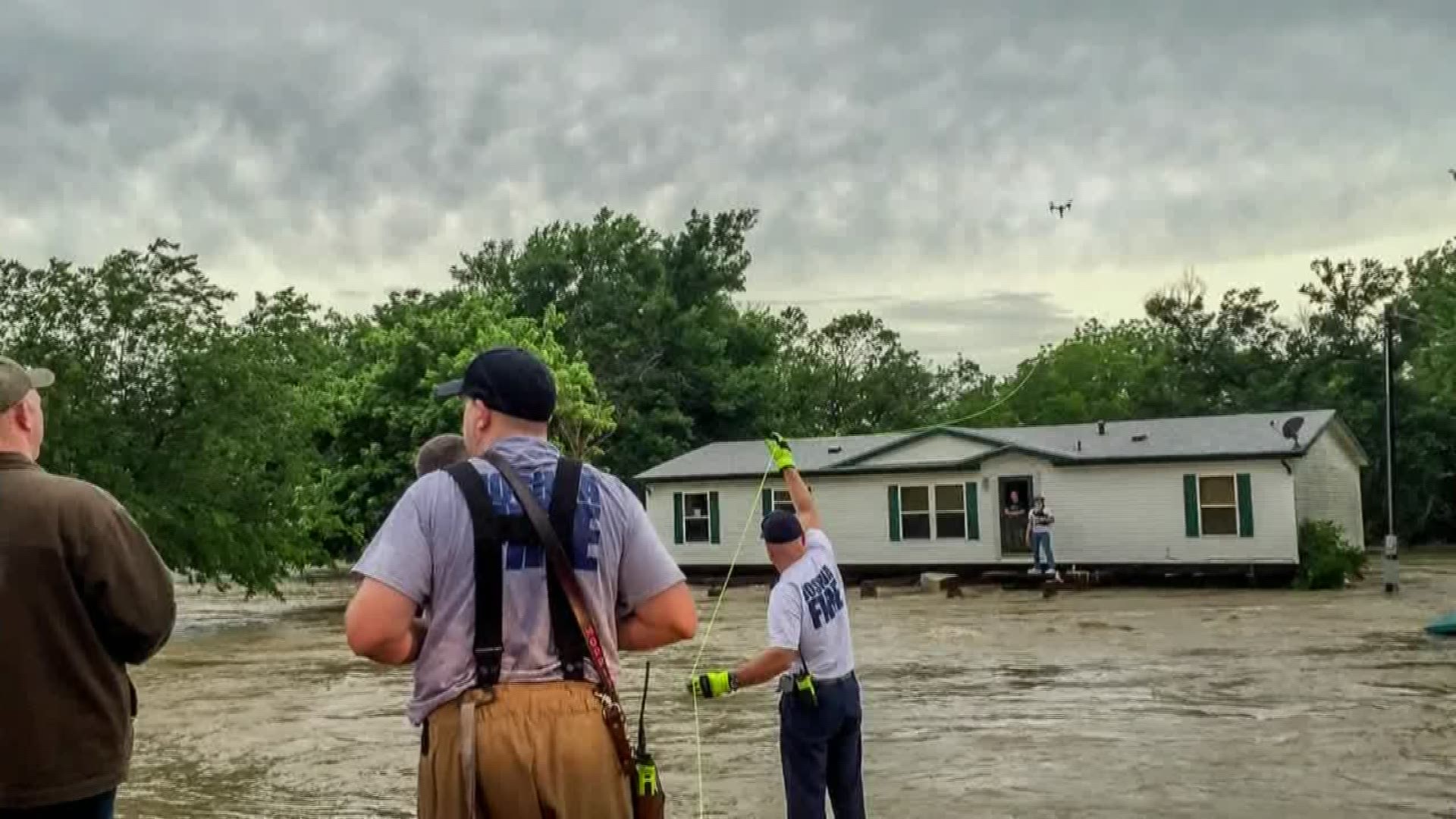 "No one expected to find a 2-year- old this morning, so we're just going to keep looking until we hear otherwise," said Lt. Tracey Shields, Trophy Club Police Department.

After a night alone in the woods, Meinert's son, Oliver was found alive wearing only a t-shirt and shorts.

Emergency responders don't wait for miracles, they can't. Here's the reality. Air support, a view from a helicopter, can make all the difference in a search and rescue.

Moore is one of the founding members behind the newly formed North Texas UAS Response Team.

They're a specialized unit that works alongside police and fire. On Wednesday they assisted in the search a missing father in Grapevine.

"Literally, we can show up at any scene, it doesn't matter it it's a law enforcement incident or a fire and we can be up in the air within about 35 to 40 seconds," said Moore.

Within minutes of pulling into an open field, half a dozen of these seven pound aircrafts are airborne. It's unlike anything you've seen before.

"There's a regional hazmat team, a regional wild land fire group, why not there be a regional drone group," Moore said.

Each aircraft is armed with powerful camera equipment and is connected to several GPS satellites. A live video stream is beamed back to a command center where emergency personnel can direct crews on the ground.

"Anything that might be unusual from the air, which you would want to send your ground crews to go in and look at," Moore said.

It's the latest technology that public safety is embracing, and at least in North Texas, it's the smaller departments with smaller budgets and less manpower that are leading the charge.

"We realized that because we have so much experience and so many incidences in Johnson County, that we could respond to incidents in the entire north central Texas region, why wouldn't we," Moore said.

Drone technology is significantly cheaper than a traditional aircraft and a drone can get closer and do things a helicopter can't.

In May 2015 rescue workers in Johnson County were running out of time. Flood waters were quickly rising trapping Tracey and Bill Katsel inside their home.

"My God the water is under the house," said Katsel to WFAA by phone moments before the rescue.

That was two years ago, the technology was new and untested but the opportunity was there.

Garret Bryl, a volunteer was behind the controls of Joshua Fire Department's first drone.

"For me at the time, I was just one million percent focused, when it was done it was magnificent," Bryl said.

From that point on the use of the technology has truly taken off and the videos have gone viral within the law enforcement community.

Since the start, they've gotten better, the regional response team has added more aircrafts and more pilots to their fleet.

Back in Grapevine during the search for the missing boater, aircrafts are flying in shifts.

"We flew for the better part of three days just to make sure that every inch was searched," Bryl said.

After a search that lasted nearly a week -- game wardens found the body of boater Matthew Meinert. A dark story only brightened by the fact that the little boy was alive and well.

"You just don't want to leave, until you've found them or until the point that you know they can't be found," Bryl said.

It's a reality of search and rescue. There's not always a good outcome and often times search crews only find comfort in knowing they did everything they could.

With the UAV response time now in the air across the state, it's one more tool to ensure no stone is left unturned.