'We saw a community in crisis': Church, nonprofits aim to break cycle of poverty through education

King's Academy, a school in South Dallas, is going the extra mile to make sure families not only survive, but thrive. 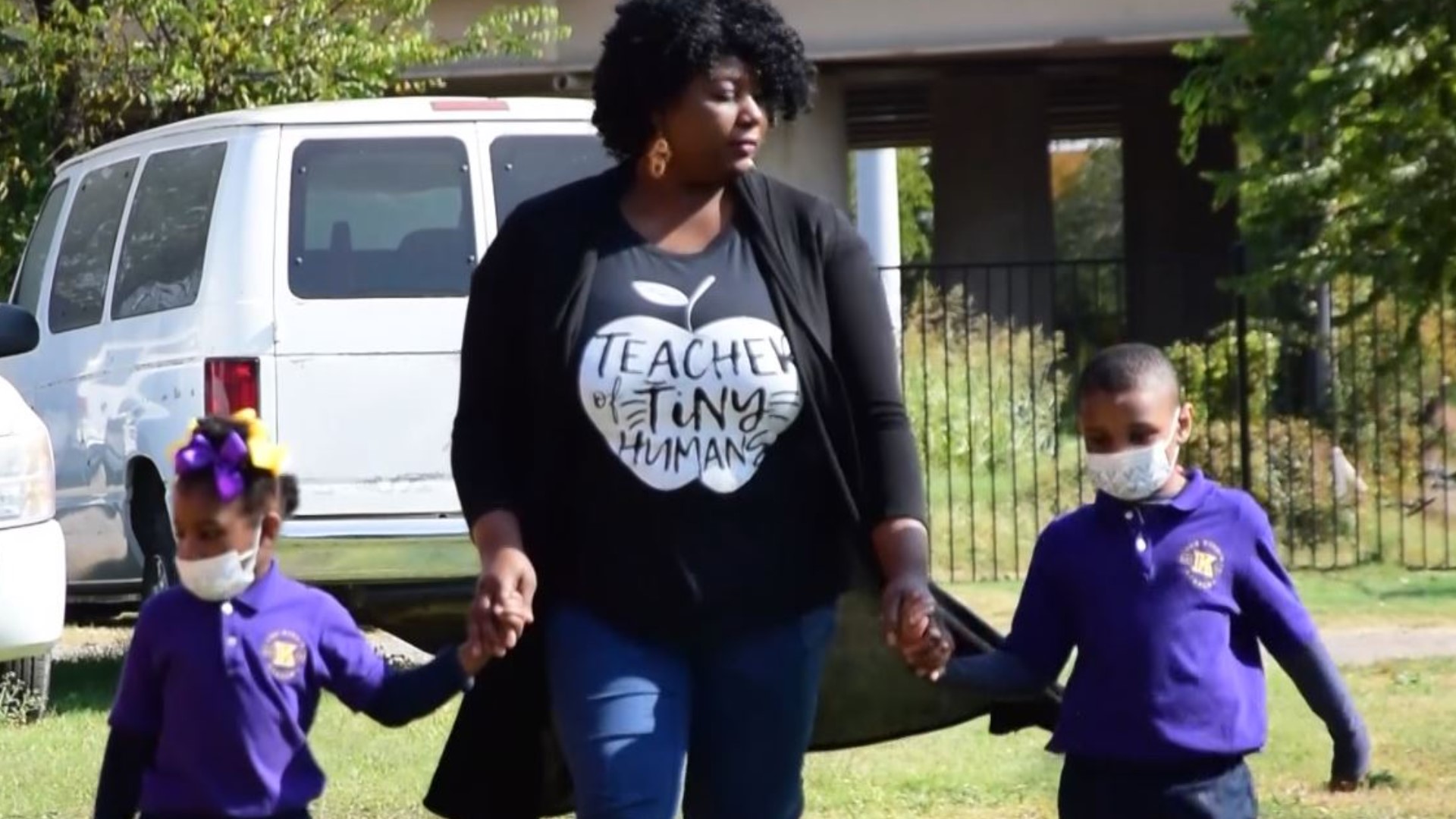 They say faith is the belief in something or someone unseen. For Pastor Chris Simmons, a leap of faith led him to Cornerstone Baptist Church in South Dallas three decades ago.

It was during a time when many churches, residents and businesses were leaving the area.

"It was a shocking experience," Simmons said. "The Dallas Morning News had recently called the area a war zone because of the drive-by shooting and gang activity. We saw a community in crisis, a community in despair."

Fast forward a few decades later, and visitors are met with images of empty buildings lining the street along parts of Martin Luther King Jr. Boulevard.

"Our question is, could we make a difference in a community like this?" he asked.

A few hundred feet away, you'll notice a stark difference on the campus of Cornerstone Baptist Church, where they have been busy trying to make a change in South Dallas.

"We began revving up many of our ministries and outreaches to the neighborhood," Simmons said.

After realizing the area had a large homeless population, they started to cater some of their services to the needs of that community.

"We do a Cornerstone Kitchen where we provide 13,000 meals a month," he said. "We have residential programs to assist guys coming out of prison.”

Pastor Simmons understands that in order to change the community, his congregation needed to be in the community. It's one of the reasons why Cornerstone doubles not only as a house of worship, but is also a place where faith guides the youngest minds toward a better future.

"The King's Academy really challenged us to say, what would it look like if we would spend time preparing our children as opposed to trying to repair them," Simmons said. "When you look at the statistics, it could be upwards to $50,000 a year trying [to repair incarcerated individuals.] You can educate for less than $10,000 a year."

Based on a 2015 survey by the Vera Institute of Justice, the average annual cost of incarcerating someone in Texas is $22,012. The average cost of an inmate in a federal prison is $34,704 per year.

"Half of our kids from this community will be incarcerated before their 25th birthday, that’s a statistic that’s been that way for 40 years, unchanged," said Daron Babcock, executive director of Bonton Farms.

And that’s a statistic the school wants to change over time, with a belief that education is the key to breaking the cycle of generational poverty.

It's all done through a collaboration with community members, the Prestonwood Christian Academy and many other local nonprofits.

Click here to learn more about how the King's Academy was founded.

Babcock, Prestonwood Christian Academy,  along with businessman and philanthropist Norm Miller and many others, played key roles in officially launching the school 2 years ago.

"We believe in transformation. Transforming the lives of children by transforming the traditional approach to education," said Dr. Shailendra Thomas, Head of School at The King's Academy.

For Victoria Williams, a single mom of two, enrolling her children in the King's Academy was a prayer answered. She quickly learned the school provides much more than a learning environment.

"[I was] looking for a school, I got a remarkable family," she said. "The fact that when we don’t have the means, they bring food. They ask you to submit a list of what you might need, and everything on the list, plus whatever you don’t need, is delivered to your front door by one of the administrative staff," Williams said.

This is a school that will continue to go the extra mile to make sure families in this community not only survive, but thrive. It's a common theme for LeShawn Richardson, whose 5-year-old daughter is also a student at The King's Academy.

"The biggest thing that they've provided is a peace of mind," Richardson said.

Part of the school’s mantra is to invest in the whole child, and that includes the entire family– academically, spiritually and emotionally.

The King’s Academy offers curriculum distinctions such as Honorable Character training, social-emotional counseling, and rigorous curriculum and instruction in STEM fields, Spanish and the fine arts.

"I'm a single parent and as a single parent you know things do get hard," Richardson added. "Joining the King's Academy is like joining a family, and I've never been a part of a school where I feel like family."

The school serves families and children in the 75215 zip code and the surrounding areas. More than 70% of their families are living at or below the poverty line.

In order to make it accessible to inner-city families, the King’s Academy does not operate in a typical private school financial model.  Ninety-five percent of their operational support comes from the generosity of individuals and organizations.

Currently, they have 51 students enrolled in Pre-K3, Pre-K4, Kindergarten, 1st and 2nd grade. Administrators hope to add one grade every year through high school.

If you'd like to learn more about the school or support the work they are doing in South Dallas, click here.