Houston will start Cole, Verlander and Greinke in Games 1, 2 and 3. 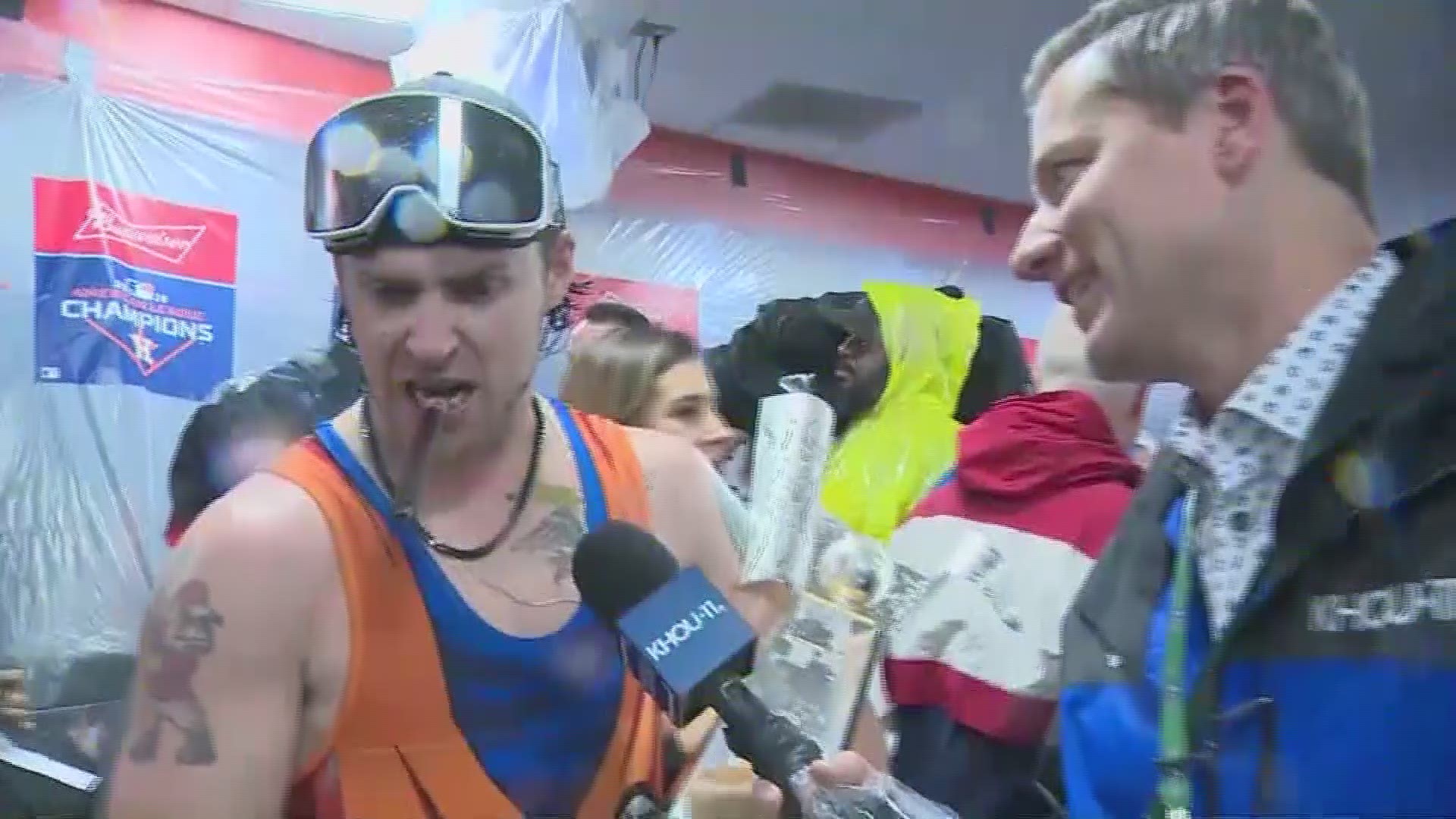 HOUSTON — It’s not a surprise, but it is now official.  The Washington Nationals will see Gerrit Cole, Justin Verlander and Zack Greinke in that order in the World Series.

Cole is on a roll for Houston. In the postseason, he’s given up only ten hits and 1 run in three starts, while striking out 32 batters.  Verlander has pitched in four games with a 3.70 ERA, which is a little higher than his regular season ERA of 2.58.  Greinke has pitched in three games for the Astros, with his best performance being his last against New York, where he pitched 4 1/3 inning, only giving up one run, in a key Astros win.

There’s more to look forward to in Game 1.  The Astros have announced that a member of Houston’s 2017 World Series-winning team, Brian McCann, will throw out the ceremonial first pitch.  And he’ll be throwing it to his teammate that year, Evan Gattis.

Credit: AP
Brian McCann will throw out the first pitch of Game 1. He'll be throwing it to former teammate Evan Gattis. J.J. Watt will make the 'Play ball' call.

And what’s a big event in Houston without J.J. Watt?  The Texans star will give the ‘Play Ball’ call.

RELATED: Will Minute Maid Park's roof be open for the World Series?